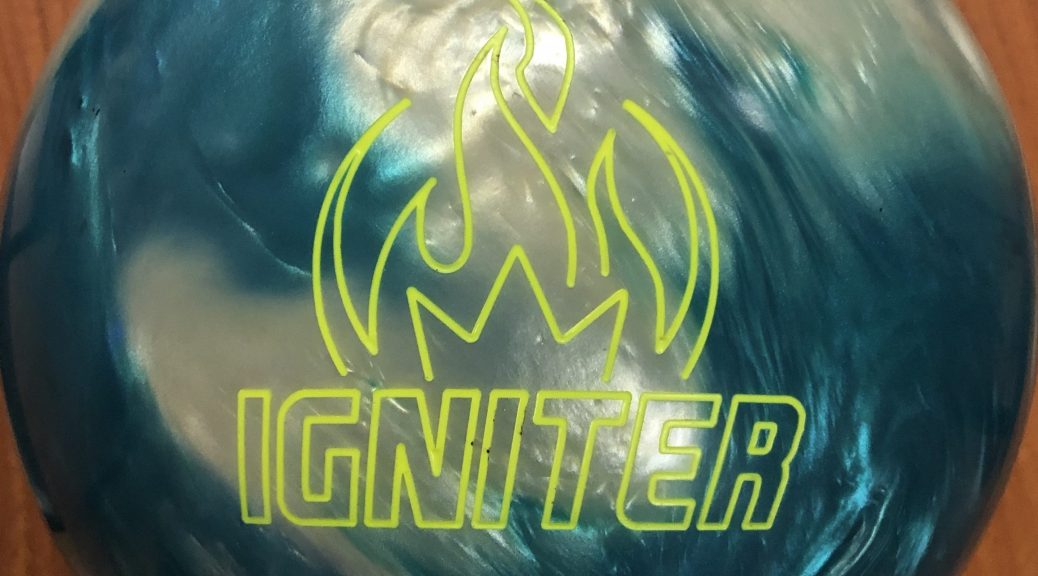 First Impressions
The Igniter Pearl is going to be an easy sell for Brunswick fans on house shots, especially for the summer.

Overall
Straight away, the Brunswick Igniter Pearl was a strike machine. It was probably a refreshing perspective after testing the Igniter Solid. Not because it wasn’t good but just a bit too much surface to play for very long, especially in the summer months when most house shots are hooking a lot. At the end of the day any ball can strike if you know what to do with it and throw it at the right time so let’s focus on the characteristics of this piece. First thing is the Igniter Pearl is an obvious Brunswick motion. That’s not a bad thing but just don’t expect it to look sideways. Actually, the Igniter Pearl reminded me a heck of a lot of the Radical Squatch Hybrid. Even the way the colors swirl downlane are close. It gets reasonable length and was pretty comfortable getting to the right breakpoint on this house pattern. The special thing about it is it’s smooth but strongish arcing motion. It has a smooth climbing motion. It is clean but doesn’t feel like it’s a skid city type ball which can lead to over under. Again, here, I am a big fan of the Crown Factory Compound with strong underlying grit. That just seems to be the sweet spot of finishes and allows the ball to get good length but the core to still transition using some of the midlane traction and continues to sort of climb its way towards the pins, finally driving through. It’s almost a little deceiving. This baby Squatch Hybrid kind of behaves very similar to what I saw. You kind of aren’t sure and it looks like it might be half pocket but then it actually just drives through the pins. I’ve had this experience with several Radical balls before. For me, this is a very different shape than the more booming backend of the Melee Jab SE. The Igniter Pearl is a clear and obvious step down. Compared to the Solid, they are about an arrow different with the high surface of the Solid forcing James in a bit more. These are very good compliments.

Final Thoughts
For those that care about score, this will land nicely in the B to B+ category. I always like to think of arsenal building so where does this ball fit? This is realistically a “Mid Late” ball in the arsenal as it’s not really weak enough to fit in the “Weak” category. Reference my arsenal video. However, that’s where I get confounded. My bag had the Melee Jab as Mid Late. And if the Igniter is too strong to be “Weak”, then it doesn’t fit anywhere. Theoretically if you didn’t have a Jab or put it perhaps further upstream or were bowling house and were sort of shifting the bag down to concentrate it towards the bottom of the “strength” categories, then you could have this under your jab but above a weak ball like the Rhino. If you don’t have the Jab, then no-brainer in the Mid Late category.