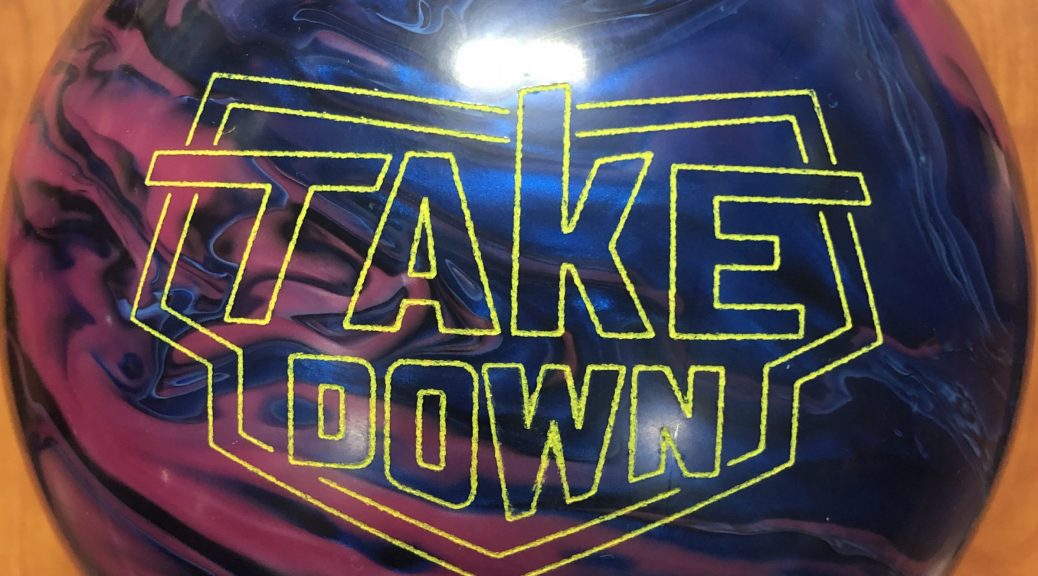 First Impressions
The Columbia 300 Take Down still reminds me of what it was when it was released in 2013 as a smooth benchmark piece.

Category
The Take Down seems to fit in the Mid Control category in a very straightforward way.

Overall
Alright, we are digging into the classic pile to turn out a review of the Columbia 300 Take Down. Its always interesting to see how older pieces with supposedly “older” technology operate under current conditions. Columbia 300 touted this as an all-arounder back in 2013 and I would argue it still fits that bill on today’s conditions, quite easily I might add. To be totally honest, this might as well be a current line up ball. That typical versatile ball fits in the Mid Control category. Cliche words that come to mind, control, predictability, arcing, etc. All the benchmark terms we typically hear, the Take Down pretty much exemplifies. It’s a pearl but with 500/3000 grit out of box, it really feels smoother with a smooth and predictable response to friction. It doesn’t jump or do anything strange. It doesn’t surprise. You may think, oh why would a pearl be a mid control, but by now you’ve seen me put balls like the Columbia 300 Chaos, Radical Squatch Hybrid, Motiv Fatal Venom, etc. The whole idea is putting a ball in there that is predictable that you can take out and tell you what is happening with a condition. The Take Down has a somewhat numbing factor, kind of like Lidocaine. Essentially it takes the edge off of everything. So hit friction and it responds but coming on rather than very quickly. Hit oil, and it doesn’t just go 60 feet, it tries to right itself smoothly. That’s a great place for a benchmark ball to be. Now it may not always carry everything in sight but no ball is a magic bullet. But I would take this type of ball reaction as a benchmark any day of the week. It’s not allergic to oil. It’s not allergic to dry.

I had a Columbia 300 Chaos Black on hand which had been sitting in my benchmark slot for a period. Columbia 300 cores have always had a benchmark type shape, big round ovals which don’t usually surprise bowlers in terms of ball reaction. I took the factory polish off as that was very skid/flip like. Took it down to 1000/3000 and then let it lane shine which is one of my favorite finishes in the mid control slot on typical house shots. Anyway, the difference between the 2 is actually responsiveness. The Take Down is smoother at the end of the pattern. The Chaos Black is quicker to respond and straighten out.

One comment, this particular test lane did seem to leave us a fair bit of corner pins. That happens sometimes.

I also tested 2-handed and I have to say the Take Down felt even better of a benchmark 2-handed vs 1-handed. This was probably the first time using a ball 2-handed where I felt like I can throw it anywhere and strike. As you know I’m still developing the 2-handed game but when a ball feels this easy, I can see myself using it to continue the development. The smoothness of the Take Down coupled with the extra down lane motion generated from the extra rev rate just meant a wide open pocket. Strong response from out, smooth response from in. I can understand why people might be upset/jealous of how open a lane can feel for 2-handers. All kidding aside it was an absolute joy to throw. Compared to the Chaos Black, you can instantly see how much sharper the Chaos is. It just has that sharp and short transition which feels downright flippy compared to the Take Down and that’s not ideal for me as a lefty 2-hander.

Final Thoughts
This was a fun little throwback. The Columbia 300 Take Down is still effective in modern conditions. I now look at my game with 2 lenses, 1-handed arsenal and 2-handed arsenal. The Take Down is a guaranteed Mid Control ball in my 2-handed bag. I am not shy to throw an older ball. This is technically a freshly drilled ball but all the better to show you what the “old” tech does on modern conditions. Hope you enjoyed and see you next time.