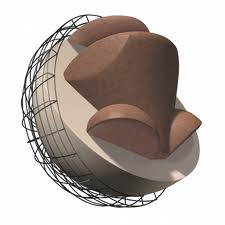 Looking at the 2008 USBC Ball Motion Study, we can conclude that the cover accounts for ~70% of the reaction whereas the core accounts for ~25%.

If you study the graphs in the study carefully, I interpret that when the surface finish is at 2000 grit or above, the Ra, or microscopic height of the peaks, are less of a differentiating factor between balls. There is always new cover technology coming out which could change this (e.g., “Chemical Friction”), but my interpretation is based on the latest data available. On-lane friction is part of the cover to lane interaction but this would also not be a differentiating factor between 2 balls thrown on the same board on the same lane, since it is being dictated by the lane itself. Think of it as a constant factor if you are comparing 2 pieces of equipment.

We’ve talked a little bit about this in various articles, but here are some simple keys to start:

Don’t be scared, keep reading. I will simply this as we get to the end!

What exactly does that mean?
Remember the ball goes through 3 phases as it goes down lane, skid, hook, roll. The ball will skid for as long as it is not encountering enough friction to grab the lane. This is why the predominant affect on a ball’s motions is it’s own friction characteristics (Ra, Rs), the lane’s friction characteristics (on-lane friction) and oil absorption. Then we can talk about the core affect. The study showed that “performance” decreased with higher RG and lower differential.

The RG had a bigger impact than the differential. The way I look at it is the RG will determine the core’s strength, or it’s want to impart motion on the ball’s overall motion. The higher differential will tend to create a smoother hook, but in theory a bigger hook. That’s because each time the ball flares, a fresh part of the ball is touching the lane creating a new oil ring. That allows the oil to be better absorbed into the ball. So the differential is helping to increase surface friction to some extent.

Comparing this to our Strong vs Weak ball article, here is a brief tip.

It takes a little bit of time and experience to understand the impact of the core on overall ball motion. The easiest way is to compare two balls with the same cover and finish but different core. The Storm Furious and Reign of Fire could be set up for such a test. I will try to publish this informal study as soon as possible.