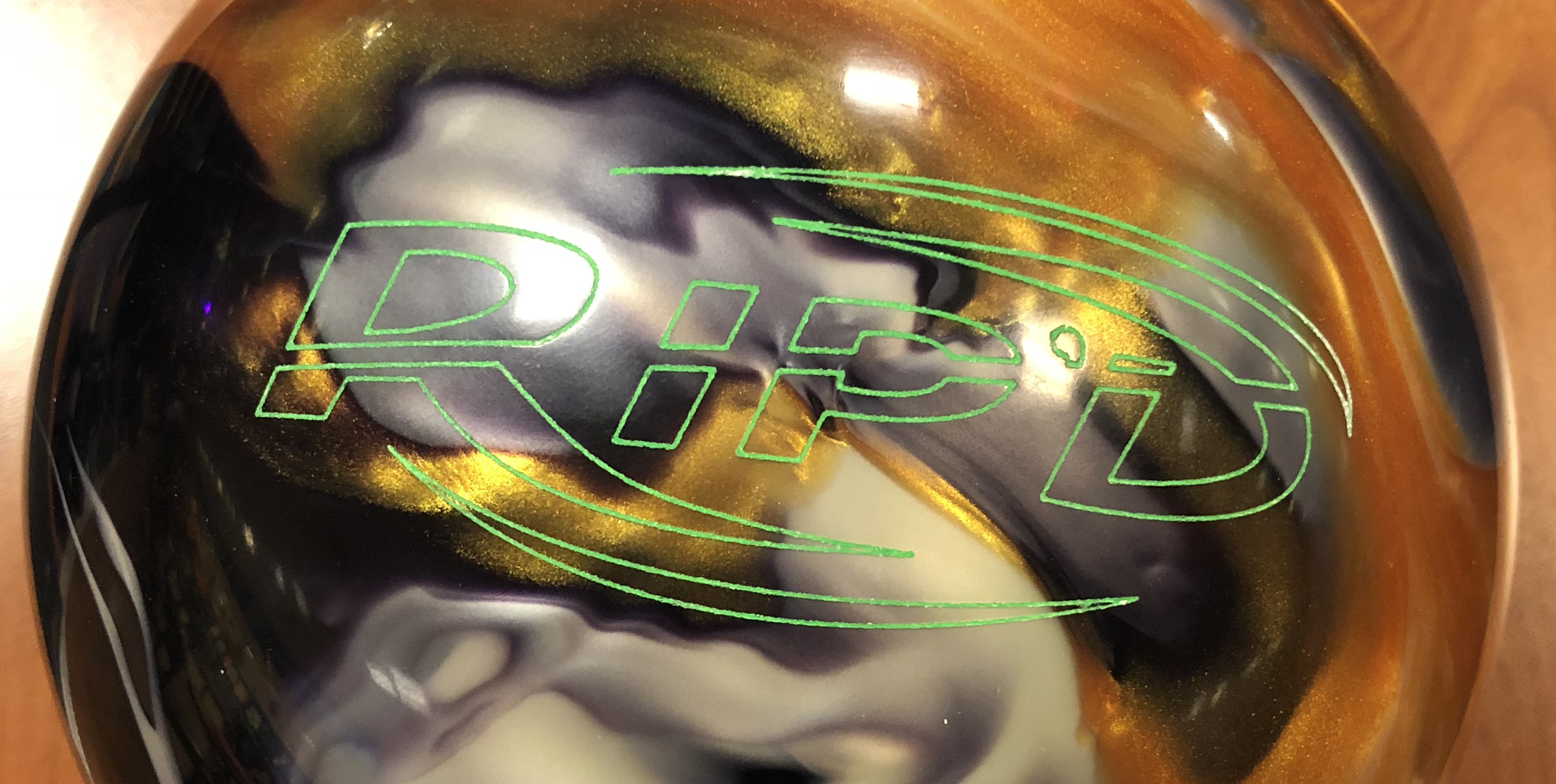 The Hammer Rip’D flexes its muscle… First Impressions
Good looking ball. Creates a nice wide pocket on the house shot. This should be a fun review.

Value
B
The Rip’D sits in Hammer’s performance line with a commensurate price. With it’s polished finish over the hybrid, it’s going to be fairly versatile for medium conditions.

Overall
THS: B+
Sport: C+
Hammer introduces a new core and cover with the Rip’D. In fact they’re releasing this hybrid and solid at the same time which is rare. Hammer still has the Gauntlet and Scandal cored balls in the lineup so something’s going to give. The idea is combining those 2 shapes into something new. They’ve done that and I would say the motion is pretty close to the Gauntlet core, maybe a little more than the Scandal reaction in terms of shape.
What I saw is what would expect from a polished hybrid big asym core. The core is trying to rev up while the cover is pushing it downlane. It never feels explosive, i.e., flippy, but smooth and controllable while still having moderately strong motion. In context of the other balls, the Rip’D is more ball than the Gauntlet Fury and Black Widow Gold. I found that for me, my normal release was causing the ball to lose energy because it is fairly strong. I would have had to get deeper but I didn’t feel like I had the hand to get it to do what I wanted. So I switched to a weaker release to better balance speed and revs a little away from mild rev dominance. Then the ball looked great. Flush is flush. Miss outside and it had just enough balance of length and energy storage to come back and strike. Due to the smoothness, inside also wasn’t very punishing. When comparing to the Rip’D solid, with the weaker release, it’s 2-3 boards weaker at the arrows. With the stronger release, it’s about 4-5 boards weaker.

Sean is next and have you heard this story before…yes he likes shiny asyms. So he gets lined up pretty quickly with the Rip’D and has a really easy time getting strong hit through the pins. You’ll see he can play about 13-6 and as deep 21-6. The highlight for Sean is how those pocket shots were so continuous. He really saw a stronger or a little flippier transition than I did and the ball just really rolled heavy through the pins. He had no trouble getting to the pocket with the Rip’D whatsoever with really good carry. It looks like the kind of ball he can stick with for a long time through a set. Not so strong that it’s limited in use and has the shiny surface that doesn’t quickly destroy the pattern.
When comparing to the Rip’D Solid, Sean basically can strike from the same zone but clearly the solid starts rolling a couple feet earlier and also has a heavy roll with the appearance of a little heavier due to the starting up sooner.

Bryan is next on the house shot and he got lined up quickly with no problem getting to the pocket and carrying consistently. With his lower rev rate and good amount of tilt, he got good length going up the boards He get’s a late midlane pickup which stores good energy and has enough backend juice to go through the pins nicely. It’s about 2 and 1 left of where he would normally start with his benchmark ball on this house shot. He moved another 2 and 1 and ball never lost its turn or hit. Bryan was very satisfied that the ball never blew through the breakpoint for him. That’s a really important factor when you want to turn moderately good scores into big scores. Compared to the Rip’D Solid, the Solid was a good full arrow stronger. It was basically started where the Rip’D had finally hit the limit.

On the the sport shot. We are using Dead Man’s Curve which is a 43ft sport pattern. As a lefty, I knew it would be tricky to use a shiny ball on a sport pattern. Even after 3 games, it’s not broken down enough for that finish. So I was in a pretty tight box. I had too much tendency for over/under. I would definitely take the surface down and take advantage of the strong hybrid cover and strong core. The first 3 games were actually broken down with a fresh Gauntlet which looked extremely good and opened the pocket up, controlling the midlane. I fully anticipate the Rip’D being capable of that same control and punch with the right surface.

We move to Sean on the right side. Again, he likes shiny asyms. His hand gives him a little more control with the Rip’D than I would have. It’s a touch more broken down on the right side but he again can get to the pocket from multiple trajectories. His best look was the “midpoint of hand and trajectory” which for him was 20 to 10. It’s where his hand was balanced with enough oil but the core can really energize in the midlane and still punch through the pins.

Finally Bryan and for him, the truth is the pattern is not broken down enough for him to use a shiny ball. He really needs more surface for a longer period of time to match his game to tougher patterns. He had to slow his speed down enough to use the right line but give the ball enough time to turn over. He was able to chase in just a touch but not much before it’s once again would float. Misses in will not hold either. Bryan would either take the surface down because strong hybrid asyms work well for him on sport or he would wait for breakdown if he keeps it in OOB surface.

Final Thoughts
In the end, we found the Hammer Rip’D a pretty versatile ball especially on your typical house shots. It has the length and stored energy that most bowlers need to conquer house shots. It’s strong but predictable downlane which makes the pocket wider for most bowlers. All three style bowlers had no issues using the Rip’D successfully on the house shot. And it’s got a surface finish that will allow it to be used longer through a set because you can chase it in. It’s an asym so there will be a limit to that. On the flipside, that shiny surface made it tough to use on a fresh sport shot. I can only assess out of box as a start but knowing what the Gauntlet was capable of with surface, I have no doubt if you decided to put some abralon to this, you will be happy on sport shots. But why do that if you have the Rip’D solid?