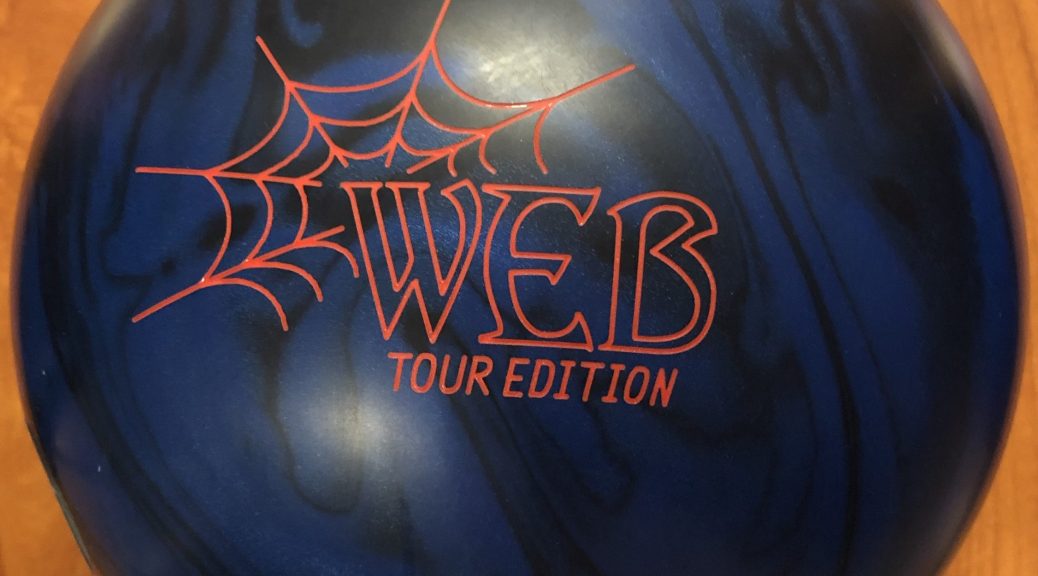 First Impressions
We wondered if Brunswick would be able to replicate Hammer’s original version and it looks like we won’t be disappointed.

Overall
We wondered how Brunswick would make this work. Hammer was the most popular EBI brand so it’s important for Brunswick to get these right. On the surface I would have suspected it might not be extremely hard to get this one right. The Web Tour wasn’t a particularly angular ball but rather a benchmark type with lots of surface out of the gate. It is in the same vein as the IQ Tour balls and Venom Shock. We’ve said it before that these low RG, low diff balls will likely be around for a while as they are very useful for many bowlers. We were also curious how this would compare to the Radical Bonus which ultimately serves the same purpose. It is clear that the Web Tour Hybrid uses more surface out of box which gives it more bite as well as a more hook set type motion compared with the Bonus which feels to have a slightly smoother transition from hook to roll. It is very subtle and most people might not notice it. And if you let it lane shine, it will get closer I’m sure. At the end of the day, we’ve spoken a bunch about this formula and the good thing is you won’t be surprised. It probably will not need that much bite as it comes with the out of box. But balls lane shine very quickly. Honestly, it was the same with the original Web Tour as well.

For James, this was just as easy to use as the Radical Bonus, even with the slightly lower surface grit. We’re talking 1500 vs 2000 on the Bonus so again, it’s subtle. There is a shape difference but use case in my mind is identical. There’s a really nice shot around the 3rd arrow and James was throwing a lot of strikes. You might not think that a ball with 1500 grit might be right for the house shot but because the core is smooth to transition, it seems to store a good amount of energy. It may not carry for someone with my medium rev rate but to be honest, the original Web Tour which had 1000 grit was no issue for me. I personally preferred the Web Tour on sport shots simply because sport shots naturally have sharper reaction downlane which means it stored more energy while still being a super control shape. Back to James, there isn’t much to say about all these strikes. You know this type of ball will have a limit of how deep you can go before it peters out. James can move in a bit so 17 at the arrows was no problem. The cliff was clear right around the 4th arrow. That is the nature of this much surface and a smooth core.

Final Thoughts
The Hammer Web Tour Hybrid is more or less the reincarnation of the original. With this much surface, it is not noticeably different from the original and that’s not a bad thing considering you can’t get that one anymore. As we said with the Radical Bonus, this type of ball will work for a lot of bowlers but higher rev bowlers are really going to benefit from this motion. They can get on it and still have that smooth controllable motion. This one is more forward than the Bonus but at the end of the day it’s a pick’em. If you are a Hammer fan, you won’t be disappointed.