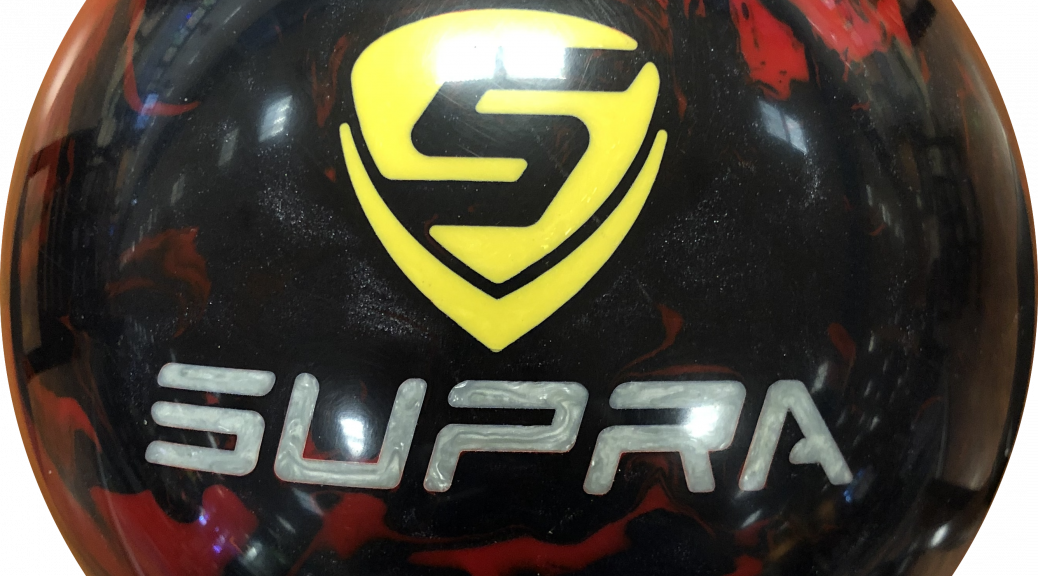 First Impressions
The Supra Enzo looks so good. Is there anything it can’t do?

Overall
I may have overplayed my hand in the initial impressions but let’s get into the Motiv Supra Enzo. First off, I love the racing reference. The ball has a super nice shelf appeal if you’re into that. The Supra Enzo looks to be a straight replacement of the Supra in Motiv’s lineup as opposed to a line mate. Putting a hybrid in the flippiest part of their medium-low volume ball guide. The Enzo uses a hybrid cover. Here’s the interesting thing. The Supra Enzo is super and I mean super predictable. And not just predictable. It matched up so well and therefore carry was extremely high. We test on the same house shot and this is one of the better matchups I can remember to this shape. I played direct and worked my way in. Most of the time, when balls work direct in the friction for me, that means they are low volume balls which typically have limited use when there isn’t enough friction. So I wasn’t expecting much when the Supra Enzo looked spectacular from direct. But guess what, I kept moving right and it kept making it back. I actually slowed it a little from in to make sure it turns over and it promptly went face. I didn’t need to slow it down. This thing has an angularity that I think is the sweet spot. It’s angular without having that feeling where it might push through the spot. In fact it never felt that way. I don’t think I threw one light shot, even at the 4th arrow. And it’s a very different feel to any of the pearls that Motiv has released. So somehow, the blend of some solid into this Infusion cover has kept it angular while being more surefooted to make the turn. It has the hallmark Motiv shape and whatever Motiv did with the chemistry here, it’s smart and plain works. It had me thinking how I felt in terms of where it fits in an arsenal. Theoretically, if I matched what Motiv says, I would put this in the mid late spot in my bag. But seeing how versatile it is, I can’t help but wonder if this is a better fit for the mid control. Maybe it sounds a bit counterintuitive but I like balls that are versatile and can be used often in the middle of my bag and the Supra Enzo seemed like an obvious fit for that purpose on house shots.

Where does it fit next to the Ripcord Velocity which I feel does fit straight in the Mid Late category? You know what I’m not really sure. To me, it’s clear that the Velocity is that cleaner pearl look that is more flippy. But I kind of felt it had a very specific window and needed some friction to respond as quick as you want a mid late to respond later in a block when you want to cover some boards. Velocity has a more specific purpose I feel. It does feel “more” ball than the Enzo so it’s hard to say Enzo Mid control and Velocity Mid Late is an obvious fit but it is certainly possible.

Quick look at the Trident Horizon and the delta is also very clear there, it is more ball than the Enzo. It is earlier and stronger. So in that regard, they could clearly relate where the Horizon is Mid Defined, with the Enzo further down the line.

As a medium speed rev dominant 2-hander, the Supra Enzo was quite strong for me and definitively angular. I started somewhere around the 4th arrow and just couldn’t get it to hold pocket. It’s too responsive. I moved another 7 boards with my feet and then between 4th and 5th arrow was a really nice slot with a great motion. Never did it think about a 7 pin which can happen that deep. In fact the shot I decided to stop on was an 8 pin where I said that’s it, I don’t need to slide into the next lane to keep it on the lane. But it is a very pretty motion that is ultimately pretty angular and capable.

Bryan was next and I have to say his look was as good as mine for his game. He could get it down lane while still seeing a defined motion with great carry. The motion is still hard to explain. What I mean is that it feels like a shined solid. There is a clean look that doesn’t read early but still has predictable traction. So Bryan can play close to the friction where it didn’t read immediately yet still popped at the right time. He also didn’t need to use the high outside friction to get drive. In other words, it blended the house cliff very well. That’s super important and why I think this could easily be first ball out of the bag on house shots. You could straddle the house cliff which is typically somewhere around the 8-9 board and not worry about over reaction to 5 and under reaction to 10. Finally, Bryan will reach a limit in terms of moving in but his game is not one where he wants or needs to cover lots of boards laterally.

Final Thoughts
I really feel like the Motiv Supra Enzo is going to make a lot of bags. It was so easy to use. It blends the house cliff while still being angular. This is such a rare combination. This is why I’m a little torn about fitting it in Mid Control vs Mid Late shape in the arsenal. But with how easy it is to use, it might make itself a must regardless of where you fit it.