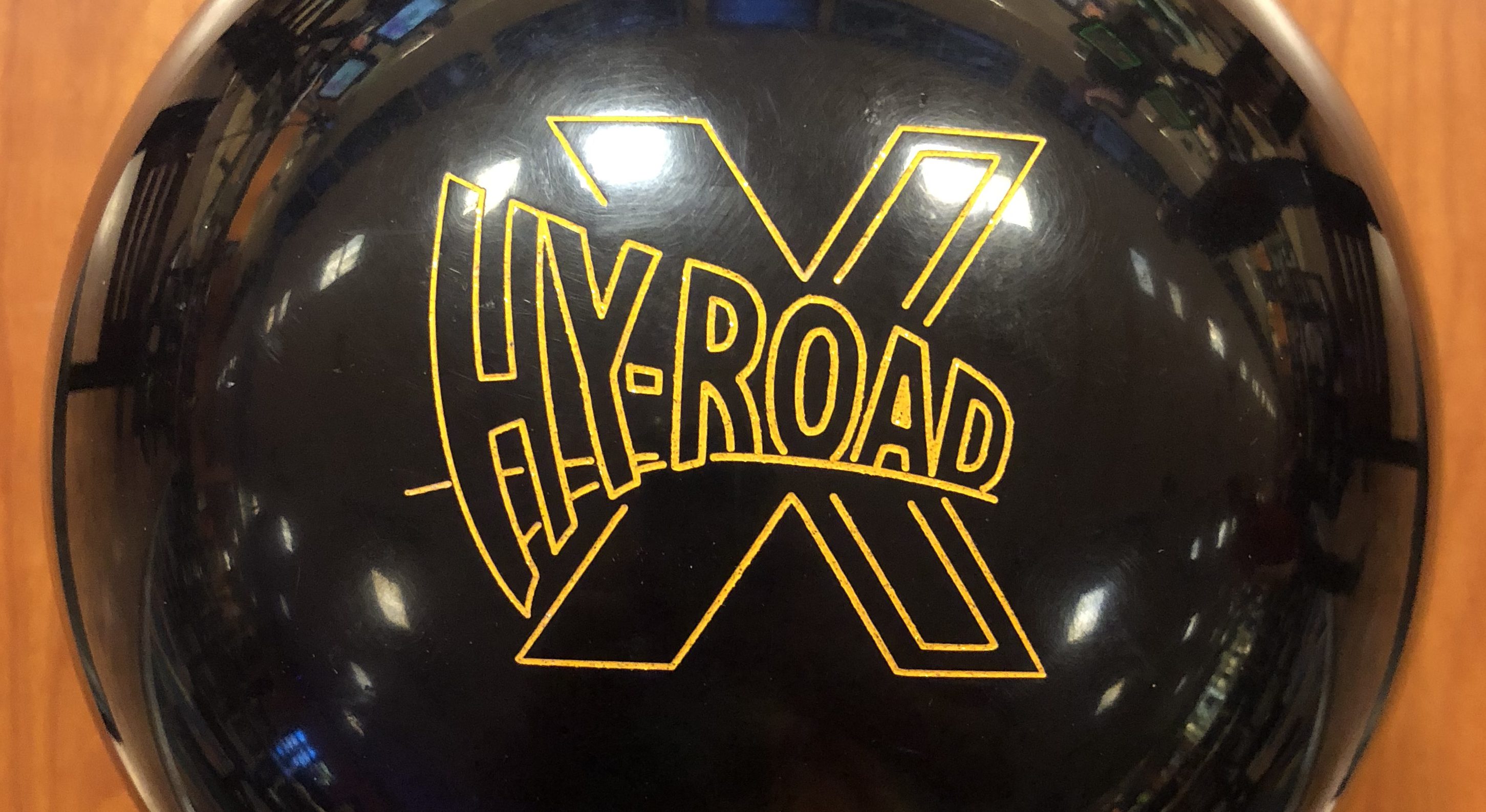 The HyRoad Hits 10 Years With an X… First Impressions
I will talk for 5 minutes but the end result is short and sweet, the HyRoad X has me thinking great benchmark ball.

Value
A+
Maybe the only ball I’ve ever given this rating other than its sibling, the original HyRoad. Moderate price, excellent bang for the buck.

Overall
THS: A
Sport: B+
You have to guess anything with the HyRoad moniker should be good. Straight away, the HyRoad X doesn’t disappoint. If I get straight into it, I was going to say the Hustle Ink…er…HyRoad X is very predictable. Torquier than the Ink for sure. It’s benchmark like the IQ Tour but less likely to leave flat corners. Inverted Fe2 feels like it revs up harder. The HyRoad itself has been probably the most versatile ball ever produced. The X adds a stronger solid cover on it but with polish. Never been a huge fan of the polish. Nevertheless, the ball has the typical Inverted Fe2 core roll. It gets downlane with the higher RG but has the quintessential boomy move. With the polish on the stronger solid, it’s actually smoother off the friction than the HyRoad. It kind of looks like maybe it won’t do the business, but it always seemed to. I mentioned the Hustle Ink but to be fair, this is stronger and more predictable, even with polish. It doesn’t feel over/under in OOB surface. This somewhat reminds me of the Eternal Cell. The polish just seems to work well with the solid. It was very easy and almost a dream to throw on a house shot and HyRoads always hit well. Just go through the pins very nicely. No fighting this ball at all. Get the bounce off the outside friction just right. May hold enough from in on reasonable misses. It’s kind of like the benchmark the IQ Tour is but goes through the pins better. The HyRoad was actually a touch stronger for me with a bit more reaction off the dry and more angle generation.
For Sean, the HyRoad X is even more snappy downlane but still a touch smoother than the HyRoad. The HyRoad is still a staple for Sean and this ball was super easy for Sean to toss on the house shot. It’s a good match up. The truth is this core motion matches so many styles. But I really like the choice of R2X, more so than the Nano, although that seems to have been extremely successful. You really could have an arsenal of all Inverted Fe2 balls, going from Nano to R2X to OG to pearl.
Bryan is up next and guess what? The HyRoad X rolls great for him. His first thought was it kind of reminded him of his middle of the road benchmark, the Rocket Ship with polish. It’s not super strong but not weak. It’s got just the right balance of reaction off the outside dry boards while having just enough hold to yield good forgiveness. Again, Bryan saw the X go through the pins very well for him. It just set so nicely through the pins. Even for Bryan, you can see a strong move off the dry boards. He was able to continue to chase in and even 5 boards deeper with his feet, he still maintained strong motion.

Sport Shot
We tested on the 39ft PBA Don Carter pattern. You would think the shine on the X is not conducive for sport shots. Honestly, it really wasn’t bad. In fact it was quite good. I would prefer to trade the polish for 3000 or 4000 abralon but the ball was quite easy to toss. It is clean but still moved quite easily on this pattern. Never felt like it wasn’t going to make the move but still had a predictably smooth hard arc. For Sean, it was a little harder off the spot which probably means it’s even more obvious taking the polish off will be a touch easier to use on this sport pattern. He can blow through the breakpoint trying to avoid the snap from nosing up. For Bryan it looked quite good. Just like with me, it was easy and predictable to get it to the pocket. A touch surface would take that “edge” off a bit but it’s clear this one can easily be successful on tough medium patterns.

Final Thoughts
The tenth anniversary of the HyRoad brought us a new ball worthy to have the X designation. Storm did not veer far from the winning formula of the original. They put on a cover with a little more bite but put polish which kind of makes it a nice goldilocks ball. We will eventually experiment with surface as I fully expect the R2X will be more clearly stronger than the original HyRoad rather than be almost right on top of it. You really can’t go wrong with the HyRoad X.