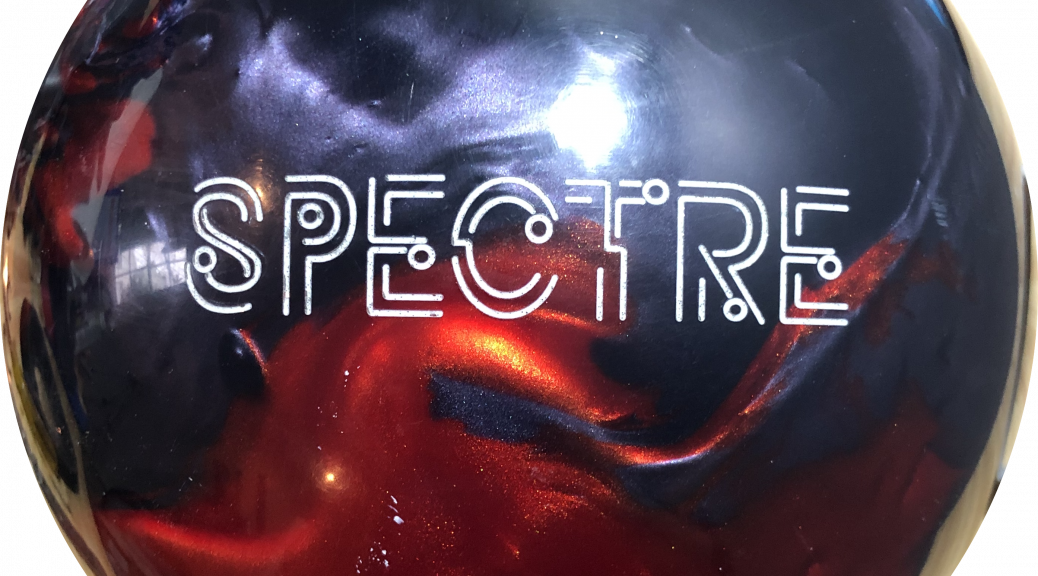 First Impressions
Is the Storm Spectre supposed to be James Bond’s bowling ball?

Overall
Jokes aside, my first thought is the Spectre is back to the quintessential storm pearl bowling ball and I’ll explain why. I think the video will somehow tell the story but let’s get into it. The Spectre has that typical long and strong look we’ve come to expect from Storm. They have been mixing it up but this is a reaction no other brand has been able to replicate, for better or worse. At first I thought it was a little too clean but it is stronger than I thought as well. The thing is for me, this is also the typical, I hate 1500 grit polished out of box finish. Just way too much over under. Because of how clean it was along with being really strong downlane, it was just annoying to put frankly. But I could see that I would really like the ball reaction if I could tame it a little bit. So onto a little touch of surface to break the polish a bit. I could use a little more as it’s not quite 4000 but enough to calm down the over under while still seeing the pop. With the movement downlane, it didn’t like my direct roll quite as much. A little too much work. Then it comes into its own close to the 3rd arrow. A gorgeous ball reaction that I like in the not so swirly dark color. This ball to me feels like a souped up HyRoad Pearl and a touch below the Rubicon UC2. I think these 3 balls though have the same ball reaction shape family. And in a way, as I was writing this up and researching, I realized why I like the ball reaction. I’ve seen the R3S on the Intense and Snap Lock before. The Snap Lock is probably my favorite shiny asym of all time and the Intense was amazing for me as well. So it started to make sense. Additionally, from experience, I could apply surface on the R3S pearl and it actually slotted in the strong defined slot for me. That’s how versatile the cover is.

So here’s where it gets a bit interesting, throwing it 2-handed. You would think such a sharp downlane reaction would be terrible for me with my style. On the contrary, it was the complete opposite. It was so easy to throw with a phenomenal look and great carry. It was so clean and long through the middle but also huge down lane. That meant absolutely clobbering the pocket. Surprisingly some balls that were totally out the window made it back as well. I can see someone shooting huge numbers if they had this much room. It probably can also maintain the pattern without too much damage being that far in since it’s such a big core capable of lots of flare.

Final Thoughts
The Storm Spectre seems to be capable of fitting in a few mid level arsenal slots. It’s not asym but has a big move downlane so could be mid defined. It could also be Mid Late for tweeners and strokers where you have that guaranteed move downlane. Some house bowlers might throw it right in the middle of their bag because they like the snappy angular look. Either way, I think the Spectre ball reaction is clearly what it is. So if you want down lane motion, this is probably a must for you. If you don’t like that much angle, then the Spectre is a probably pass. Given I’m a lefty and didn’t mind this motion, I think a lot of bowlers will like it.

A Stroker’s Perspective
Bryan now gets his hands on the Storm Spectre. If you saw my first review, you’ll know by now that Storm is back with their long and strong look. I feel like the only other big ball right now that does that with the more traditional Storm look is the Rubicon UC2. Bryan’s first impression was that the Spectre was stronger than he thought it would be but again, R3S pearl plus the big strong Vector symmetric core equals big pearl sym move. As you saw, he started around the 2nd arrow and quickly realized he needs to give this ball more space. So usually more space means a tricky proposition since he has to rely on a ball making a more angular move downlane. Lo and behold, it goes long and boom. 11 or 12 at the arrows to 7-8 looked really good. But here’s the thing. He had 9 at the breakpoint. He also had 6 at the breakpoint. The ball didn’t hit friction and die. It just made a bigger turn crushing the pocket high flush. We’ve run the gamut of balls and shiny balls that are mid defined or mid late can be very tricky for Bryan, sometimes just not having any punch downlane. His bag currently slots the Phaze III in that big pearl shape, like mid defined. The Spectre definitely is giving it a run for its money. It has the easy length but definitively responds downlane. It’s rare that he finds a ball that corners this way for Bryan which puts it in elite category. So how does it compare to his benchmark in this slot, the Phaze III? Well have a look at the reaction. They play in a similar zone. The Phaze III is a hybrid R3S so seems a touch earlier but still aggressive downlane with a heavy roll. They are pretty close to be honest, but you can touch the surface a bit on the Spectre if you want to basically interchange them. Bottom line, this was an exciting review for Bryan to do as the Spectre simply looked great for him.