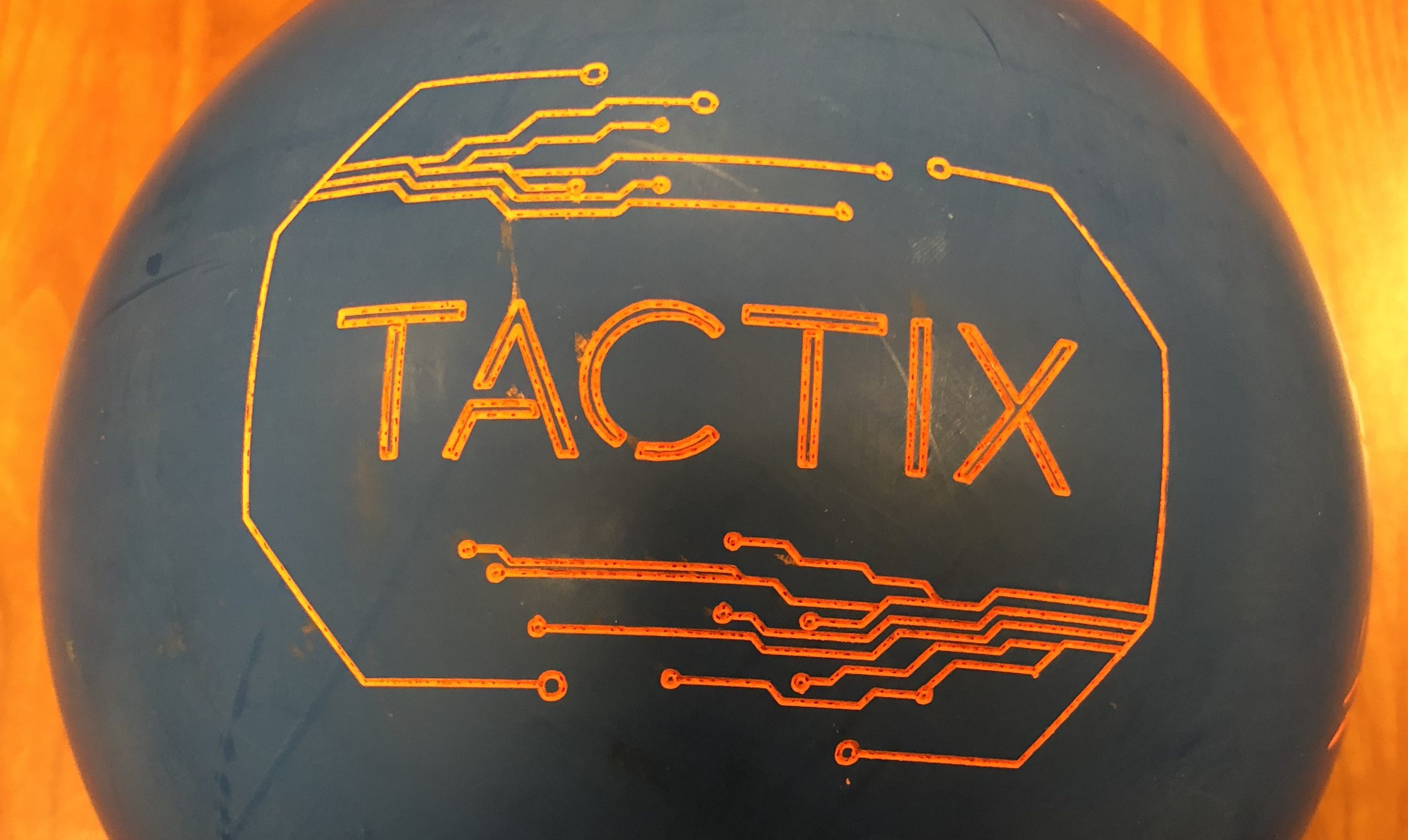 The Tactix is a Tactical Weapon… First Impressions
The Tactix feels like much more ball than the slot it fills in the “upper-mid performance” line for Track. Boatloads of midlane and rolls heavy. This one is really interesting.

Buy the Track Tactix at PerfactAimBowling.com.

Value
B+
The Track Tactix is upper mid tier pricing plus its heavy rolling characteristics gives it a pretty strong bang for the buck.

Overall
THS: B-
Sport: A
From the first roll, the Track Tactix looks like a special piece. I have to admit to being a bit biased to the electric blue color but I digress. Track returns the QR-9 coverstock from the Paradox but in solid form. That ball was pretty successful in its own right. It definitely creates traction no doubt. Shape-wise, the new Starship is fantastic to be honest. I tested the ball before I read any of Track’s notes about ball intent. Then I realized what I’m thinking I’m about to write is just about identical to what they said. They say heavy mid-lane roll, I say absolutely. This was earlier than any other ball we had on hand. They talk about the mild asymmetry which allows the ball to maintain more energy off the spot. Check. Then they talk about a “big continous shape downlane.” I can’t argue with that. I saw all of that. All of us thought, “this is supposed to be midrange??”
I want to call this rolly and it is. It is not the easiest to get downlane on the medium THS, especially as EBI balls eat up oil pretty fast when they are fresh. You just have to be nice to as the ball does tons of work. It is very midlaney so while it can be swung left to right a decent amount, it can definitely run out of steam if you ask it to hockey stick back to the pocket. But I could get into the oil and get deep or layoff with a suitcase hand position. Last few shots were with the weaker hand position and you could see the energy transfer to the pins. The pins noticeably slapped around.

Sean was up next and despite it being a very strong solid covered asym, he liked it. He could use the rolly nature of the ball to get that chugging midlane and hard drive. On that less steep trajectory, the ball just really explodes through the pins. It’s like a full release of energy at the perfect time. If he swings it a bit more, it deflects more because it just isn’t a snappy backend reaction. However, it still slapped the pins around and carried well. Again, he really didn’t have to hit the ball to roll. The ball preferred to not be overwhelmed on this pattern as it really does the business on it’s own.

Bryan was next and he has to be closer to the friction line to get the backend reaction. He could play close to there with the Tactix or a short time but the line quickly burns up as this ball and the Columbia 300 Savage have very strong covers. When he gets in, the ball doesn’t have enough of a backend move to cover the boards and/or carry well. He has to parallel target and breakpoint in but that makes it tricky and unnecessarily complex for the house shot. For this to work, some lane shine would allow this ball to play longer in his track area while still having enough energy downlane.

Sport Shot
We tested the Tactix on the 45ft PBA Dragon Pattern. This ball made the 45ft pattern feel like 35ft. The ball never felt like it would blow through the breakpoint. It was actually even too strong for this pattern for me. But that shape… This ball looks like a potential sport shot superstar.
For Sean the ball was easy to get to the pocket and carry. Just get to the headpin, the ball will do the work. It’s again rolly. Lays off without feeling like it’s gonna blow through the breakpoint. He knew what he was seeing right away.
For Bryan, he also was able to take advantage of that heavy early roll to drive nicely. Here’s where the strong surface, strong roll, and more active backends on sport shots blend to give Bryan a good look.

Final Thoughts
The Tactix is a great offering from Track. It looks to be a great piece for the money. If you’re thinking about how this compares to some other stuff out on the market, to me, this ball sits right in between the Roto Grip Halo and Idol. Why mention those? There is a lot of hype surrounding those really good pieces and they come right to my mind when I threw the Tactix. This one has that rolly nature those balls have but less hook set than the Halo and more downlane motion than the Idol. If you’re thinking Goldilocks and the 3 Bears, the Tactix is “juussttt right”. The Sport shot especially shows you how heavy rolling this ball is. For Motiv fans, this ball is Venom Shock rolly but with stronger backend.
The Tactix looks like a keeper. I’d be surprised if we don’t see these being used frequently on tour.