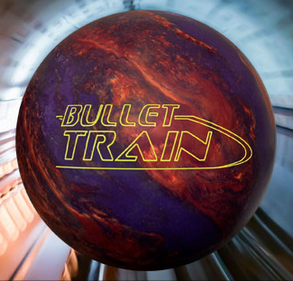 This is a fairly typical pin down layout. This will allow the ball to transition smoothly at the breakpoint while getting into a medium roll. For Jeff, the 3 3/8 pin distance will offer higher flare potential while Norm’s 5 inch pin positions will offer medium to small flare potential.
Remember that coverstock accounts for 70% of ball reaction, but the core will create the dynamic shape. Your drilling will alter the shape to suit your game and conditions you bowl on. Please work with your local pro shop operator to find what best works for you.

First Impressions
We weren’t sure what to expect, but when we locked in with this ball, look out!

Value 8/10
This is a high end ball so the higher price always makes a ball work harder for its value.

Core
The Combustion Core is similare to the one in the Freight Train, but 900 Global has “weakened” it to store a bit more energy and match up with the new cover. It has an RG of 2.55 and a lower differential of 0.040 for a 15 pound ball. We found this to be a very smooth rolling core. It does nothing untowards but isn’t very flippy in this coverstock.

Cover 8/10
The 900 Global Bullet Train uses the S79 Hybrid coverstock finished with neAt which is 2500 grit. It’s pretty dull and didn’t seem to shine itself up much like we’ve seen quite often with some other manufacturers. This is an aggressive cover with an aggressive finish. This makes for a smooth ball reaction.

Reaction THS = 8/10, Sport = 8.5/10
It took us a little bit to figure out what this ball was going to do. Overall, this is a very smooth ball. It initially looked to have a mild overall ball reaction but the Digitrax showed is that it has some punch as well.

Stroker. Jeff started striking immediately with this ball and at will. The ball reaction matched up to his game perfectly. Although he had to play further right than he typically plays with “strong” equipment, he quickly found that down and in line and was on his way. The ball had a nice early roll and just kept on moving through the pins with great continuation. He tried to move left a little and the ball would not make it up the hill. However, it was very predictable and forgiving when it was in the right zone. It seemed to have the right amount of energy at the pins, which meant heavy hits and ticklers that scattered pins for strikes. Jeff was getting between 5.5 and 4.5 degrees of entry angle which is on the higher side for him so this ball definitely has some punch.

Tweener. Norm had to take some time to figure out what this ball wanted. He’s used to throwing the ball away from the pocket and watching it walk back to the pocket. Much of his equipment is the more typical later reacting stuff, even with similar layouts. He could not throw the Bullet Train away from the pocket. However, once he squared up enough, he also began striking at will. It was an interesting moment and said a lot about the ball and what’s it’s capable of. It really offered very good midlane control with a “strong enough” backend. Norm saw about the same entry angles as Jeff so he didn’t get to throw it to the right and have it bounce back. Keep in mind, this is not your typical wall shot we are throwing on as there is no real forgiveness from way outside. Nevertheless it’s still a house shot and for Norm, he prefers a ball that has more “pop” on the backend to give him more wiggle room.

Stroker Jeff got lined up pretty quickly with this ball, knowing the ball reaction shape. Again, playing the down and in shot, the ball worked perfectly. He saw the same overall reaction, with a nice early and continuous read. Very smooth with absolutely no jumpiness. If anything, at times it might not grab, but even the ticklers seem to strike. Really consistent and honest ball reaction.

Tweener Norm also got lined up and took advantage of that smooth reaction with a nice little belly. It actually gave him a nice bit of room on the sport pattern. Ball reaction looked like a house shot. Since he’s pretty square for him, miss a little right and he gets the light strike. Tug it a bit and get a high flush strike. This ball really blended out this tough pattern.

Overall 8/10
Some final thoughts. It’s somewhat disappointing 900 Global is not PBA approved, especially seeing how this ball really had more to offer on the tougher patterns than it did the house shot. On the house shot, most bowlers will like a ball that has a bit more pop which allows some forgiveness. You can still be very successful with this ball if you prefer more direct lines. On the other hand, most bowlers will love the control and continuous roll this ball has on flatter patterns. You might want to be careful on lighter patterns as this ball is likely to lose too much energy.
We’ve tested many high end balls and much of them are more punchy on the backends. This ball offers control and continuation. At first, we weren’t in awe with the ball motion. However, as we understood better how to use this piece, we were thoroughly impressed with the continuation and carry. We did find it a very nice step down to the really big wheeling pieces when you just don’t need a ball that will hook the whole lane. That means it will be usable on medium patterns and longer patterns like the 42 ft house shot we are using.