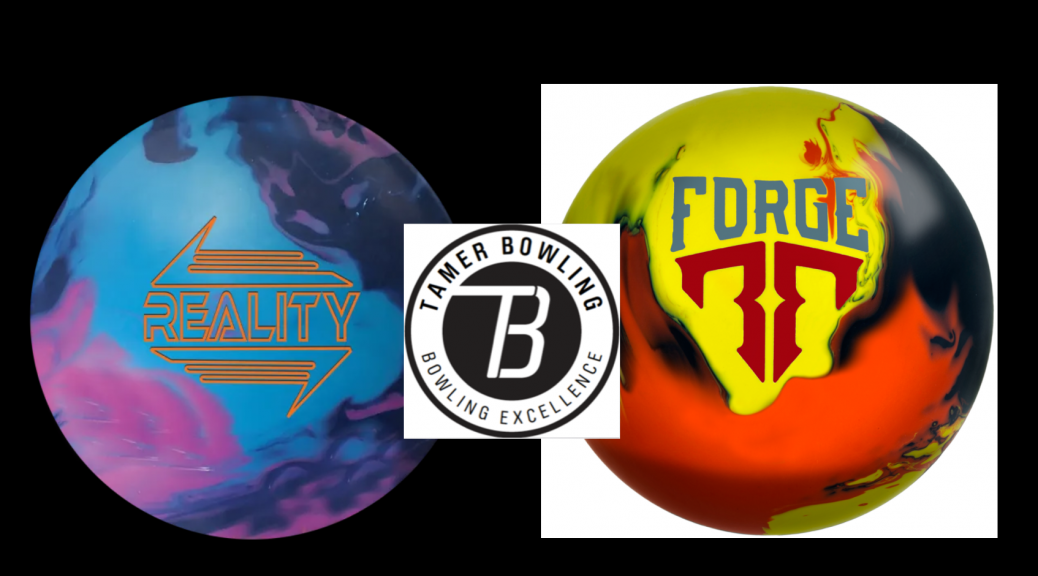 We recently tested the Motiv Forge Flare, Storm Proton Physix, and now the 900 Global Reality. These are all strong pieces, 2 of them being asyms while the Forge Flare is a symmetric. Ultimately, they all seem to serve the same potential part of the bag based on what we’ve seen so we thought it made sense to run some cross-brand comparisons. Today, we look at the Reality vs the Forge Flare. The Reality is finished at 2000 grit abralon while the Forge Flare is 2000 LSS which means laser scanned. I don’t have a laser scanner but both look as dull. What I can say is that the Forge Flare felt like it had even more grit based on how quickly it read the lane from direct. The Reality got a bit more length before launching it’s own sideways offensive. The Reality went brooklyn while the Flare didn’t even touch the headpin flying right. But in the zone so to speak, they become a bit more comparable. Both balls are happy deeper than the 3rd arrow to the 4th arrow for me. House shots of course bring balls to the same area and balls this strong are expected to be in the same zone. With approximately the same coverstock finish, they need to find the same amount of oil. When you watch the balls, they are a little different. The Forge Flare feels a touch more laboring. Maybe it’s the colors? But when you watch carefully as the ball is going through the pins, similar shots are carrying for both but sometimes the Flare sometimes deflects a touch more through the pins. Obviously the crucial variable is the bowler and to my own eye, I feel just a smidge more comfortable with the Reality vs the Forge Flare if I had to choose a ball in this slot. While I felt very good throwing both balls from deep, the small nuance of how both balls were going through the pins from that deep seem to have me lean towards the Reality.

Here’s a quick comparison between the 2 balls 2-handed. Honestly, both balls are too strong for my rev dominant 2-hand style since I only have average speed. Both forced me to feel like I really have to chuck them down lane to hold. Both balls look good from near the 5th arrow. Balls look better with a higher rev rate in general so that’s always fun. I would need to get a bit more comfortable not only as a 2-hander but from the 5th arrow which is a total rarity for lefties. So there wasn’t an appreciable difference to me.

Hope you enjoyed this comparison and hope we can bring you more in the future.