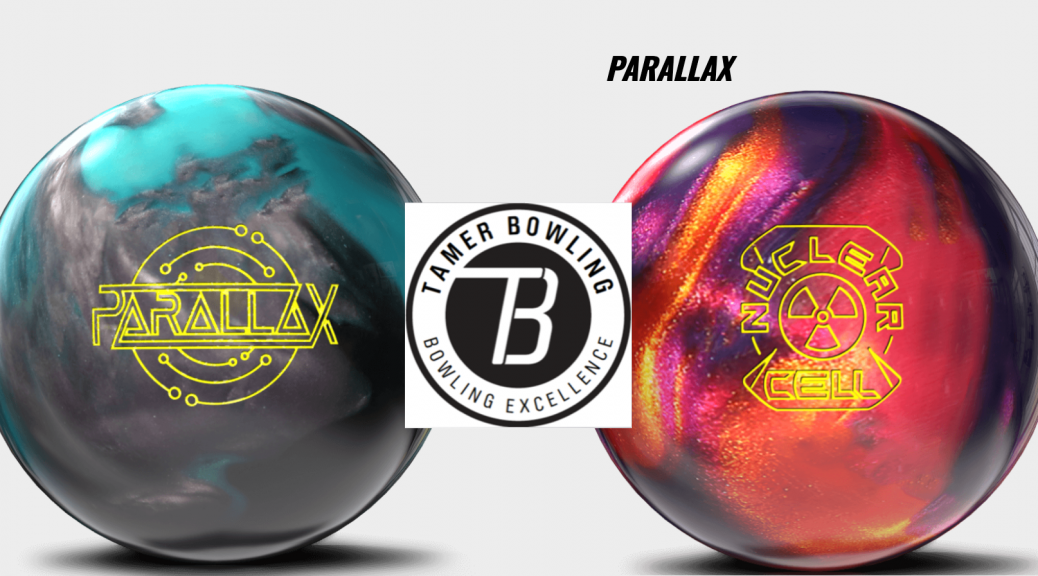 I wanted to take some time to look at the Storm Parallax and Roto Grip Nuclear Cell side by side as I mentioned them together in the first Parallax video. My first thought was that they are pretty close in use case, even if you might think the shapes are a bit different. These are both Mid Defined balls in my arsenal categories. I had over/under with both balls in out of box 1500 grit polished surface. I did the exact same thing to both balls which was touch them lightly with a used 2000 abralon pad to knock a bit of that mirror finish off. Once I did that, both balls became dynamite.

So I’m moving right to comparing them in that finish. If you watched the original videos you will not how much more consistent they became for me. House shots always bring balls closer to each other but ultimately that’s what the vast majority of bowlers are on so that’s where we are staying. The Parallax is a hybrid while the Nuclear Cell is a pearl. But if you didn’t tell me I probably wouldn’t be able to tell the difference. Both have big asym cores and both respond pretty well to friction. The Nuclear has a harder or quicker response to friction whereas the Parallax is just a touch smoother to transition. So the reality is there is a touch more responsiveness from the Nuclear but the use case between these 2 balls is pretty much the same. They both have the quintessential Storm reaction although one could argue typically the Roto side is a touch smoother than the Storm side. Either way you have to really good shiny asyms and you will likely want to pick on or the other for your mid defined slot. Alternatively, put lots of surface on one and push them up in the bag if you really like them both.