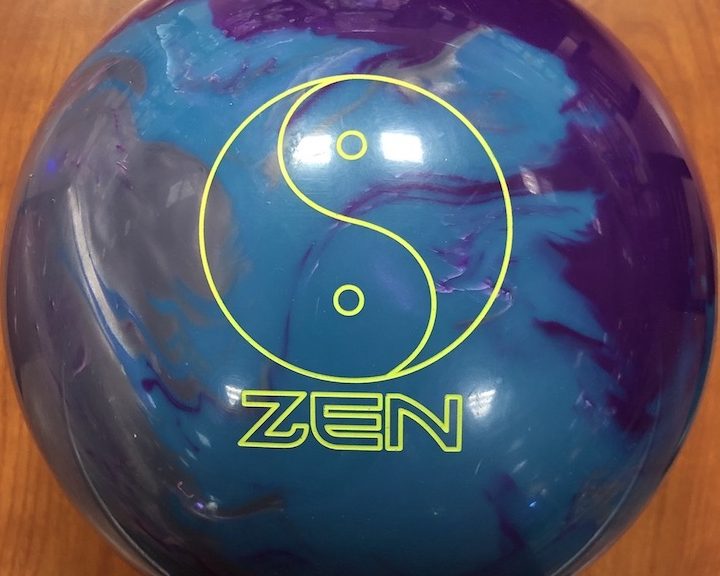 First Impressions
The 900 Global Zen just might be the new benchmark ball. I can see it perfectly in the Mid Control slot.

Overall
Alright, this is the first 900 Global ball we have tested coming out of Utah so we were always going to be curious how they will roll. I can tell you off the bat that the Zen still has a signature 900 Global reaction. This ball was super easy to throw and very matched up immediately. Let’s get into the details. This is a pearl with a huge symmetric core. I generally don’t read the marketing blurb before I test the balls and write my reviews. I can tell you that the Zen clearly seemed like a perfect mid control ball. Going back and reading on the website, I feel like they describe it differently, but you can watch and be the judge. Nevertheless, we do have a pretty clean ball as you would expect with 1500 grit polish, but it does start to rev up before it transitions which smooths it out and gives it a very readable shape. The transitions aren’t sharp, yet I feel like they are very distinguishable as it goes down lane. The ball felt like the type that had a wide window of usability. I can throw it in the normal house breakpoint and it works. I can pitch it to the dry and it responds enough to recover. I can pull it and it sits. Just gave me lots of room. I also had the ability to move several boards left before it started to hit weak. I recall the last ball I dropped into the mid control slot in my bag was the Radical Zing Hybrid. This ball behaves similarly but actually gave me even more room. What I mean is that I had some left and some right movement without losing hit so quickly making the Zen the new benchmark. Might seem strange to say that about a pearl but goes to show those designations don’t really matter. The question must be how does the ball behave and there you have it.

I threw a few shots 2-handed and obviously I’m still working on picking up the speed so this ball is much more reactive as you watch a much more rev dominant release. I’m trying to control the axis rotation to keep this a bit more controllable. The ball is pretty responsive for sure but not impossibly so. The Zen is such a pretty ball.

Sean is up next and he saw a similar benchmark type reaction with good room for adjustments. He had between 2nd and 4th arrow. He tried many different angles of attack. 2nd arrow with low axis rotation looked really good. If he pushes to the friction from that direct, the ball will definitely respond, sometimes a bit much. When he moved closer to the third arrow, he needed to use the friction or it deflected to leave a 10 pin. Not surprising but a touch more sensitive than it was for me. That maybe Sean’s baseline speed being a touch higher than mine. As he gets into the 4th arrow and pushes it to the friction, the ball rounds the corner very well. The Zen just seems to have a very good balance for both of us.

Here’s Bryan tossing the 900 Global Zen. He started just inside the 2nd arrow and the ball looked decent. Good pocket control but he moved in a couple of boards to get it to store a bit more energy. Sometimes when he does that, balls just don’t hit. No problem with the Zen. Honestly, the key was pocket control. Misses in or out really just fed the ball to the pocket. Bad shots left 10 pins. Only really bad shots left bad leaves. I feel like 900 Global has found a sweet spot with this ball. Bryan commented on how he was pleasantly surprised how a pearl ball controlled the mid lane so well. Again, we tend to have assumptions but as I have done, I put balls in arsenal categories based on how they behave, plain and simple.

Final Thoughts
By now it should be clear that the 900 Global Zen has a really nice spot smack dab in the middle of an arsenal in the Mid Control category. I don’t care that it’s a “pearl”. It has excellent pocket control, behaves in a balanced way in relation to the amount of friction it sees. Throw it to the friction, it drives back. Float it in the oil, the core rolls to at least give you some hit. I felt like it matched my game the best but all 3 testers saw the same type of ball reaction.