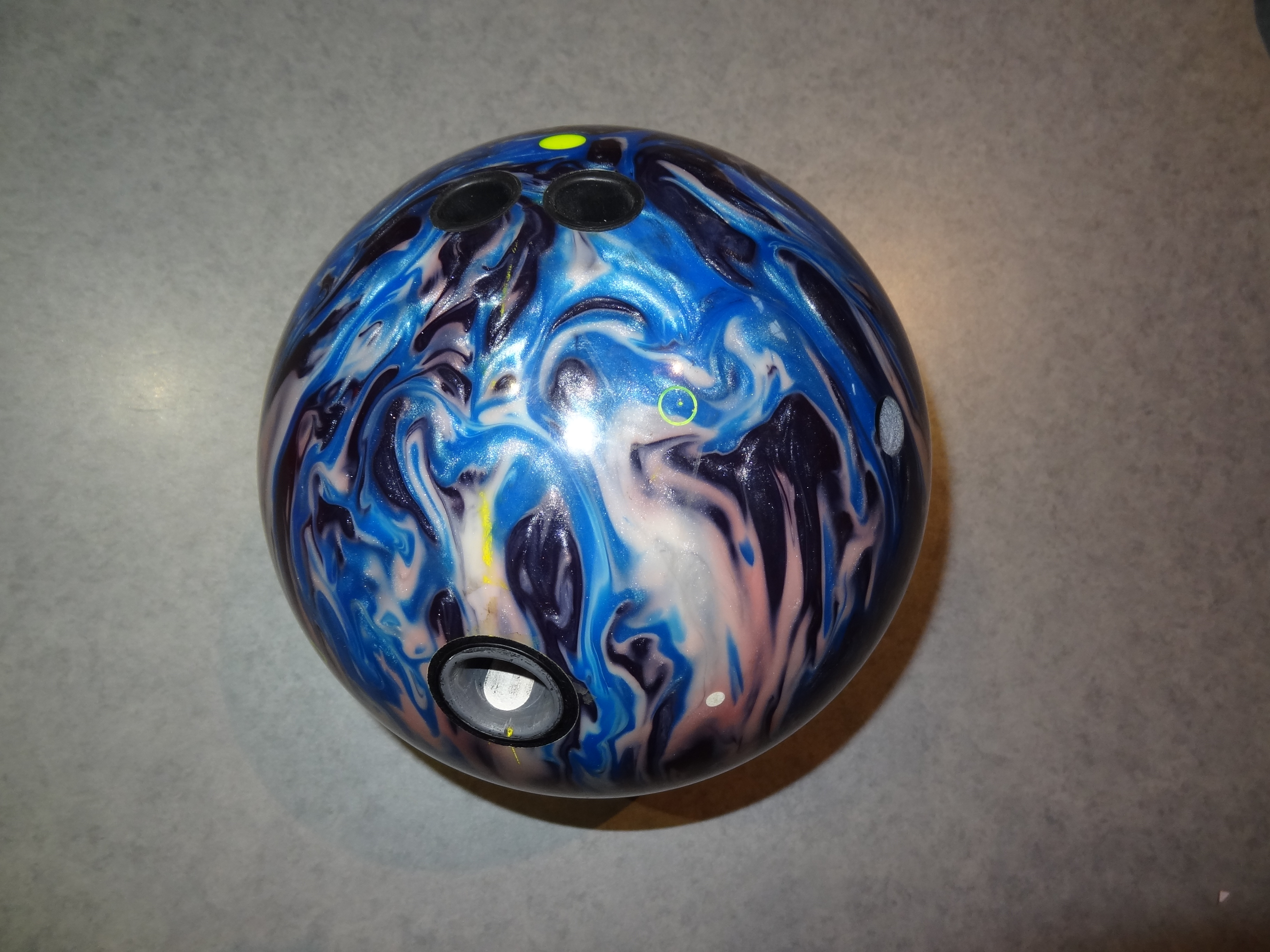 Big backend from Big B! Our latest tester, Joe Ciach, is testing the Brunswick Nexus f(P) Pearl. Joe has an impressive and very long resume including 9-time Team Canada Member. He was the 2010 Players Tour Champion in the Greater Toronto Area, World Cup in 2008, and countless tournament wins. Joe is a right-handed rev-speed matched power stroker. We performed the test on the 42 foot Kegel Stone Street pattern. This is a longish, medium-heavy THS pattern.

First Impressions
The most standout aspect of this ball was the strong entry angle it generates. This ball is going to need lighter oil to work well. I have to say it immediately appeared less versatile than the Versa-Max, which is closest to it in board coverage.

Price 7/10
This ball has a high end price but doesn’t quite offer the bang for the buck I was expecting in terms of versatility or strength.

Core
The Nexus Arrowhead core has an RG of 2.50 and differential of .056. This compliments the length of the cover allowing it to be long and strong.

Cover 8/10
Just as Brunswick indicates, this cover is extremely clean through the fronts and generates high entry angles. This is not really a fresh oil cover unless it happens to be a light condition. Otherwise, it will work better on broken down patterns where you need length. I would suggest to be very careful with carrydown as this ball will blow through the breakpoint due to how clean it is.

Reaction 7.5/10
This Nexus f(P) is very clean through the fronts and really creates a strong move at the breakpoint, with a high entry angle; in fact over 7 degrees. We tested this ball on a 42 foot house shot. Although Brunswick shows it’s line on a 42 ft length pattern on their website, I honestly believe this ball would not likely be used on a fresh condition of this length. This ball is really better as a big stepdown from the Nexus solid or Nexxus f(P+R) when the fronts have truly broken down.
When looking at this ball next to the Versa Max, which is of similar overall strength, the Versa-Max was way more predictable. We never worried about the Versa-Max leaving a 2-8-10. I can’t say the same for this ball. It was just almost too clean and required the lanes to be broken down much more to pull out of the bag.
I will say that on the right condition, this ball has a very nice reaction. It’s just that I believe the right condition is just a bit narrower than I was expecting.
We tested this ball alongside the 2 other Nexus linemates, Nexus f(P+F) and Nexxus f(P+R) as well as the C-System Versa-Max. While the Versa-Max played the most direct, it played more consistently then the more angular Nexus f(P) pearl. The Nexus f(P) is just slightly stronger than the Versa-Max, but generates more length, causing some over/under on this condition. Overall 9/10
While not being the most versatile ball around, when you find the right time to pull this ball out of the bag, you will like that long and strong reaction. Just keep in mind that the right condition will likely be a broken down pattern when you need something to clear the heads or a lighter condition.