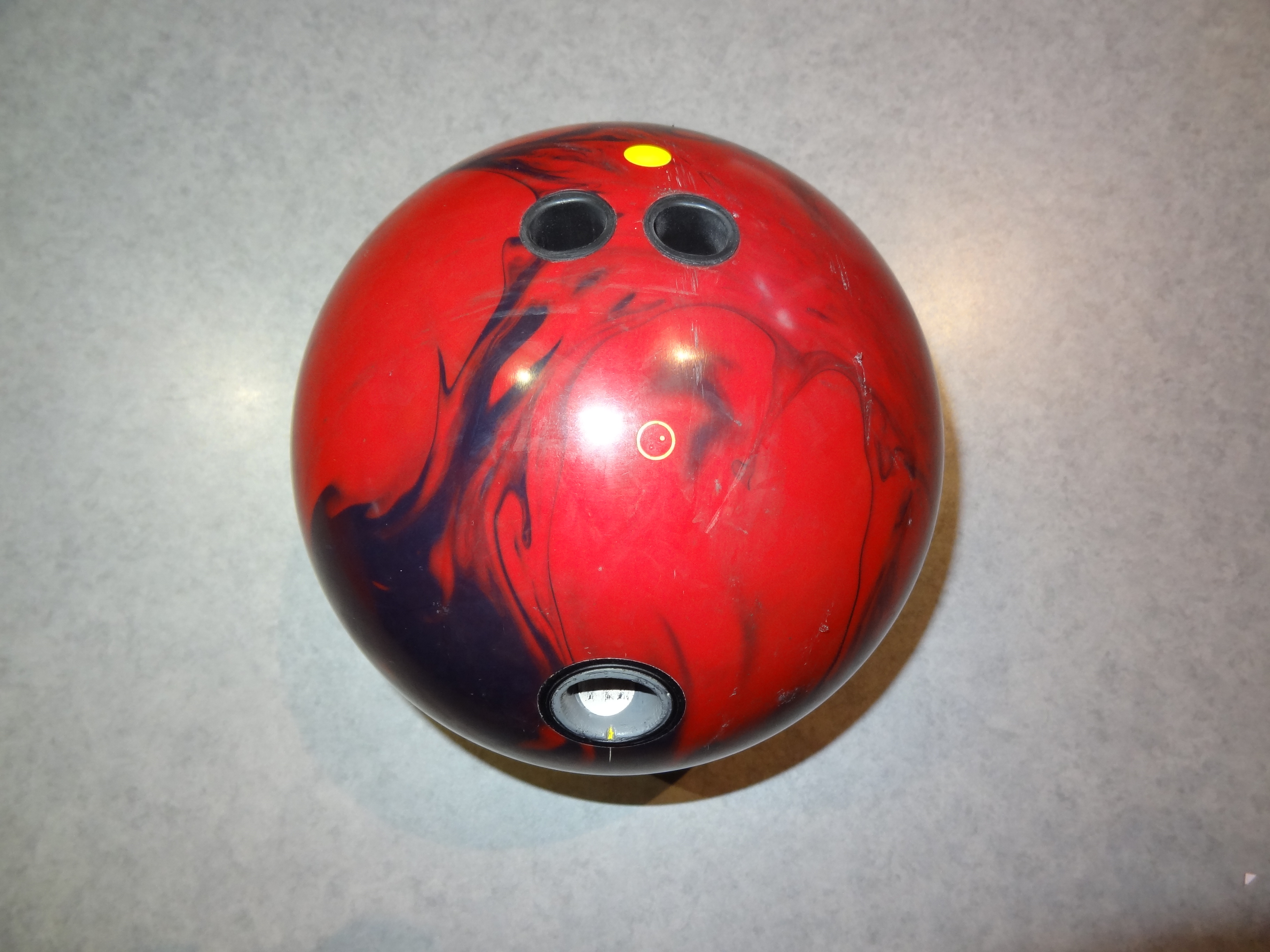 Our latest tester, Joe Ciach, is testing the Brunswick Nexxus f(P+R) solid bowling ball. Joe has an impressive and very long resume including 9-time Team Canada Member. He was the 2010 Players Tour Champion in the Greater Toronto Area, World Cup in 2008, and countless tournament wins. Joe is a right-handed rev-speed matched power stroker. We performed the test on the 42 foot Kegel Stone Street pattern. This is a longish, medium-heavy THS pattern.

First Impressions
This ball is a touch less than the Brunswick Nexus f(P+F), but probably just a bit more usable. Good midlane and good backend.

Core
The Nexus Rotor core has an RG of 2.48 and differential of .056. This is an early revving core which compliments the intent of this ball. It creates good strength in the midlane while still allowing a strong move on the backend. It’s the identical core to the Nexus f(P+F) solid bowling ball.

Cover 8.5/10
The Nexxus f(P+R) is relatively clean while still offering a very readable midlane reaction. It’s finished at 500 then 1500 Siaair so it’s pretty aggressive out of the box. With that said, it’s a bit cleaner through the head’s than the Nexus f(P+F) with a bit less of that sweeping midlane, allowing for a steeper backend reaction.

Reaction 8.5/10
I mentioned in the review of the Brunswick Nexus f(P+F) that the overall reaction reminded me of the original Ebonite Mission. The core is early revving with a pretty aggressive cover allowing for a very good midlane read. When the lanes had medium or medium-light conditions, the ball labored a bit on the backends. You’ve got to keep balls like that in the oil since they will bleed too much energy on the dry boards, letting them hit a bit soft.

Now the Nexxus f(P+R) is really not that different than the Nexus f(P+F) on paper, but the small difference makes it just a bit more usable on THS. It is a touch cleaner through the fronts, still has a readable midlane, but is just a bit punchier on the backends. This will allow a bit more carry since the ball will store just that little bit more energy for the pins. Otherwise, the ball reaction is very recognizable next to the Nexus f(P+F) solid.

Brunswick implies that this ball is stronger and covers more boards than the Nexus f(P+F) but we don’t see that from our tests. If anything, it is very close, but covers slightly less boards. Hypothetically, I wondered if the difference was so negligible, was this ball necessary? If we put a touch of light polish on the Nexus f(P+F), if we would get an identical reaction? The Digitrax analysis did show stronger backend for the Nexxus f(P+R).

Just as with the Nexus f(P+F), the Nexxus f(P+R) will likely be usable on flatter sport conditions with their good midlane read. It can also handle heavier conditions.

The Digitrax analysis and video will show you how this ball reacts as compared to the other balls we tested.  This ball offers a good read, but also a higher entry angle than the Nexus f(P+F) generating 6.6 degrees of entry angle. Overall 8.5/10
The Brunswick Nexxus f(P+R) is a good offering from Brunswick.  I think Brunswick’s lineup in the last couple of years have moved the ball reaction to more backend which bowlers like to see.  I won’t debate the merits of this, but this ball has no shortage of backend reaction.  It will be a touch more usable than the Nexus f(P+F) and is a pretty good compromise for medium and medium-heavy conditions.  If you have less hand or high speed, of course you need to expect to also be able to use it on slightly lighter conditions.  It would be a tough call, but if I had to have one ball between the Nexus f(P+F) and the Nexxus f(P+R), I would probably pick the “double X”.