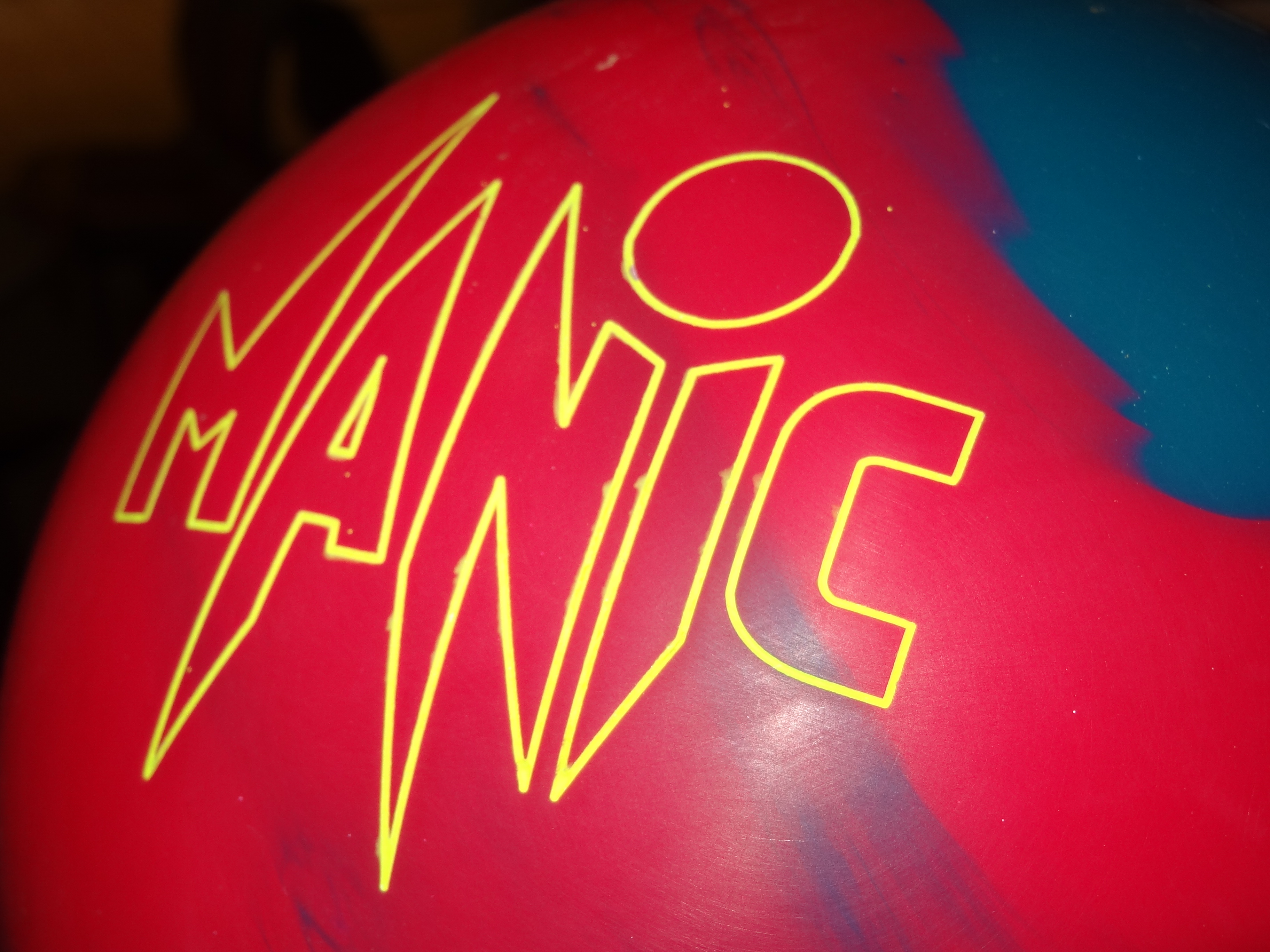 Today, we test the new Storm Manic bowling ball. Luckily we were able to get our hands on this ball prior to the release date. As usual, keep in mind that the coverstock will account for 70% of ball reaction while the core characteristics and drilling will dictate the shape of the reaction. The test piece was drilled 75×5.5×40. Generally speaking, this will delay the roll and have a quick transition at the breakpoint with medium flare with a later breakpoint. We tested on a modified Kegel Easy Street, which is basically a 39ft house medium-medium/light pattern.
Please work with your local pro shop operator to find what best works for you.

First Impressions
My first thoughts was that this ball is a lot stronger than I expected. It seems to be the standard take away these days.

Price 9/10
To continue the trend in bowling ball equipment, medium to low end balls tend to offer lots of bang for the buck and this is no exception.

Cover 8.5/10
It’s sort of cheating at this stage for Storm. The R2S cover is used once more in the Storm Manic, this being the solid version. I won’t even go into how many balls have used this cover, but clearly it’s still successful. The bottom line is this is a very versatile cover. It comes 4000 out of box in this iteration, but you can increase the grit, add polish, whatever. It all works on this cover.

Reaction 8.0/10
So what was I expecting seeing the R2S and NOS core combined? Well, honestly less than than what I saw. We’ve seen this combination in the 2Furious before. Basically, what we saw was a ball that gets reasonable length, good midlane, and good backend. If you recall, the original Furious used the R2S cover with the Turbine core. That ball had a higher RG and lower differential. Essentially, you saw a longer reaction with harder move at the backend. The Manic with the NOS core offers a pretty smooth and readable move at the breakpoint.
You might want some medium or medium-heavy conditions to get good use out of this ball if you are rev dominant. I was able to keep this ball in the pocket most of the time but as the lanes broke down, it was getting harder and harder on the test condition. You may want to look at a higher combined drilling and VAL angles, e.g., pin down, drillings to get an earlier and smoother ball reaction. It would likely take advantage of the characteristics of this core.
As expected, when comparing this to the Frantic, it’s smoother overall and generates a lot more traction. When comparing to the Fringe, again, it’s quite a bit smoother, while the Fringe is more aggressive at the breakpoint. On this condition, they covered very similar amount of boards with quite a different ball reaction, the Fringe being more “long and strong”.

The Digitrax Analysis below shows how capable the Storm Manic is of generating strong entry angles.  We were able to see over 6 degrees with this particular layout and condition.  You can see the nice strong arc this ball creates.  This ball stores a fair amount of energy, despite being a solid cover, so if you miss to the inside, you may find the ball crossing over rather than laying off.  The benefit is that it makes a consistent move at the breakpoint.  The detriment is that if the conditions really dry out, you may find this ball to be a handful unless you have one with a tamer layout. Overall 9/10
Those who liked the 2Fast, 2Furious, and Frantic, will no doubt like the Manic. This offers a relatively strong and smooth solid reactive at a medium/low end price point. Many times, we see the long and snappy ball reactions in the lower price points, but this is something a bit different. We’ve seen various drillings on this core and you can definitely pick your poison. The pin up example in the video will give you a longer reaction with a quicker move at the breakpoint while the pin down will give you a smoother overall reaction.