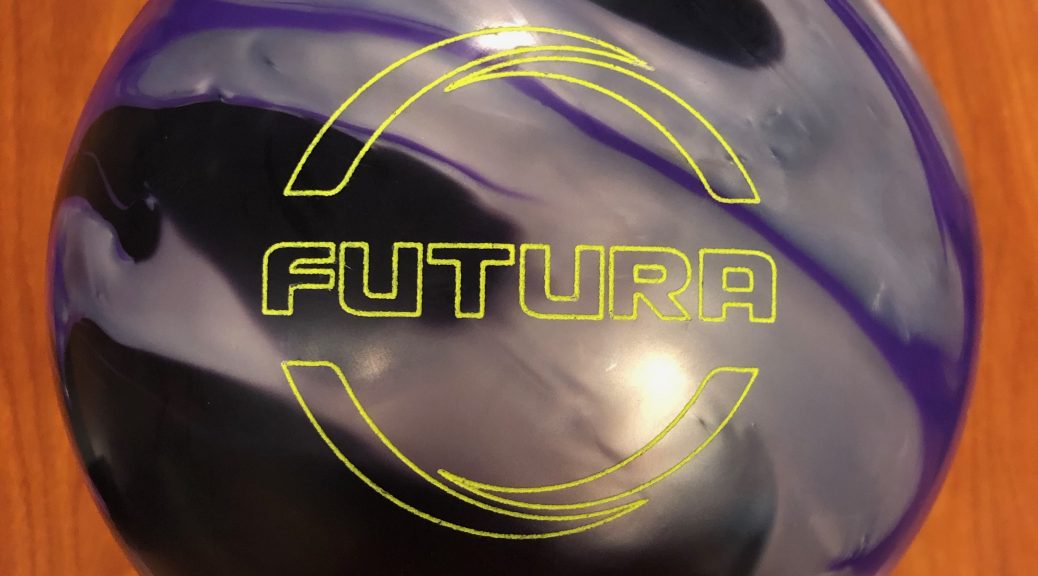 I Hope This is the Futura for Ebonite… First Impressions
The Futura is a strong ball that sees friction and turns over into a strong heavy roll. Trust, I love it.

Value
B+
The Ebonite Futura sits in the upper mid performance category. I think it offers nice bang for the buck with its strong midlane control but also strong backend.

Overall
THS: B+
Sport: B
Honestly I was instantly impressed with the Ebonite Futura.Sometimes I see this much surface out of box and I expect a slow transition and chugginess. Is this thing going to labor? No. The Futura just felt high torque and had very strong change of direction downlane. It’s got 2000 abralon surface so you expect it to dig in a bit. Studying the ball reaction more, you see how it controls the midlane. The low RG core is starting to transition fairly quickly which you visualize. When it gets to the breakpoint, the core is already quite transitioned to the preferred spin axis. As it starts to make its way towards the pins, it just rolls very heavy and still seems to have lots of energy retention. I felt supremely confident. As I start to chase deeper, you can see it give up axis and doesn’t quite go through the pins as well. With less hip pain and a higher rev rate, you can probably get deeper while retaining carry.

James was next and he saw almost exactly what I saw. It was uncanny actually considering his higher rev rate and higher axis tilt. Played about the same area of the lane, close to the 3rd arrow and the ball looked great going through the pins. Just like me, get in deeper and bounce it to the friction and it actually went a bit high. As he gets closer to the 4th arrow, he had to pull his breakpoint in as well to ensure the ball didn’t have to expend so much side to side energy to go through the pins correctly. It just looked surprisingly easy to use on the fresh and made child’s play of it.

Bryan is next and he didn’t feel the kind of confidence James and I felt. The Futura certainly seemed to control the pocket but carry was less certain. Fundamentally, it comes down to “big cover” syndrome for Bryan. The cover is too strong to play direct but the ball doesn’t quite create enough angle for consistent carry from deeper lines. The thing is the ball is so good in its sweet spot that if Bryan could see a bit more volume up front, he could play more direct and take advantage of the great hit and angle the ball generates. More on that later when he gets to the sport shot. For this shot, he needed to move in a bit but also move his breakpoint for energy retention. The big risk was the ball losing energy, resulting in either too much deflection leaving a 10 pin or just coming in too light leaving bucket type spares.

Sport Shot
We tested on the 35ft Boardwalk pattern. The Futura’s angularity helped and hurt. It helped in that it comes off the spot hard for good drive. Hurt in that adding the angularity to my higher than normal axis rotation when I’m not throwing it that great and that made it very difficult to control on this short flat pattern. This much angularity is not needed for this shorter patterns but I can see it come into play on longer patterns.
James really had a decent look to the pocket. He may also not need a ball this strong for this pattern but he didn’t have an issue with pocket control. He’s playing about 12 to 5 and the balls looks strong.
Bryan was next and this time, he felt is look was amazing. Now that there is more volume in the fronts on this flatter pattern, even though it’s short, it allowed him to feel like he could bump in a bit and bounce it to the outside breakpoint. He felt so confident about the recovery and motion. Overall he had a strong arcing motion with the Futura.

Final Thoughts
Ultimately the Ebonite Futura looks to be a ball that can be used by many bowlers and styles. It’s strong midlane control but especially its strong backend motion makes this one special. It reminds me of another hybrid covered ball from the “star” brand that I really like both in terms of it’s midlane control and downlane motion. With this one slotting in the upper midrange, a lot of folks are going to be pleasantly surprised by this piece.