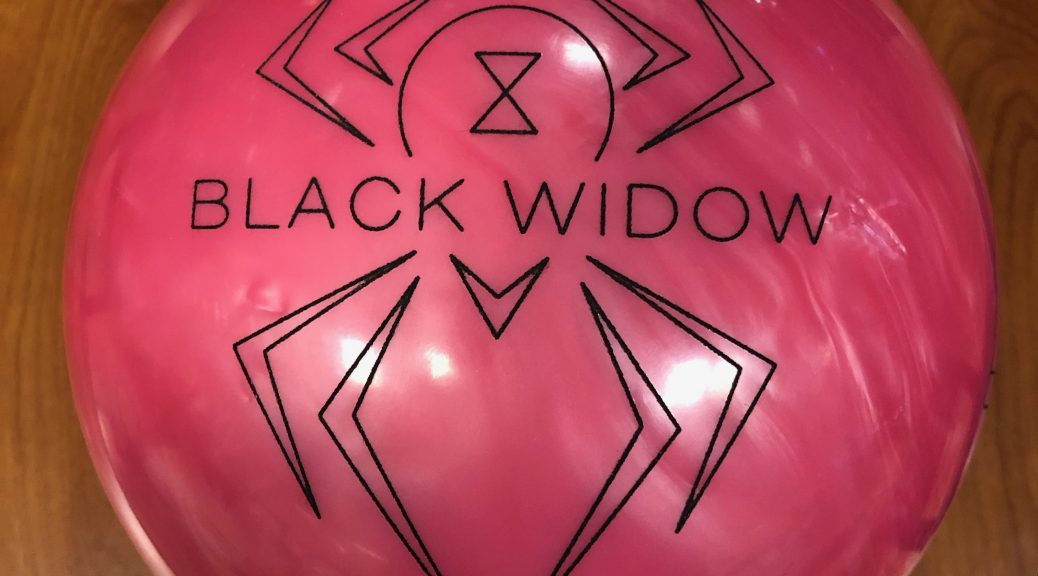 Thanks to Jeff Smith and Pure It Bowling for drilling our equipment.
Buy the Hammer Black Widow Pink at PureItBowling.com.
Thanks to Limerick Bowl in Limerick, PA.

Value
A+
If someone was looking for a ball to get this score, here you go. It’s versatile and every bowler had a good look.

Overall
THS: A+
Sport: B+
Is there a lot to say about the Black Widow. The thing just works. The change over from the Semtex Pearl on the Gold to the Aggression CFI means this ball goes from the more skid flip piece to be more versatile. So it’s less flippy but still hooks strong downlane. The big advantage is being usable on sport shots a bit more than the Gold was. For me, I simply couldn’t miss. The ball rolled so well with plenty of forgiveness. Out and it hooked back. In and it held to still go through the pins nicely. I instantly saw a ball that is going to be in my bag for a while. I like to be as objective as possible and the truth is I had to try to miss to find the limits of this piece. It just matched up extremely well for me on this condition. These aren’t the same strike shown over and over. Next to the Black Widow Black and Gold, it might be a little hard to differentiate on house shot in the video. The Pink is a touch longer and not very different in angularity. They both can be played from just about anywhere.
Jordan is up next. As you watch the video, you’ll see that his strikes aren’t as “clean” as mine. It was a bit more angular for him which meant he was really seeing the ball drive way left through the pins. He had no issues at all with length as you would expect. It was just a little tougher to control where it breaks back. A little more friction in the mids would hone this thing a bit for him. You can see how good it looks when he tests the black and gold. The hybrid cover reads just that bit earlier to show off the gas mask motion and still really continuing through the pins.
Last but not least Bryan tests the Widow Pink and it looks just about as good for him as it does for me. Sometimes pearl asyms are a little clean for him causing more corners. But he struck and struck a lot. There isn’t too much to say. You can see when the ball goes a touch high, he trips the 4 pin. Some lighter hits threaten the 5-7 or 10 pin. Nothing surprising but we’re grasping to show you everything we saw and not just the perfect shots. You shouldn’t be surprised he also really likes the Black and Gold. That’s probably the goldilocks for him as again, a touch of additional midlane read to bring the reaction perhaps a foot closer while still hitting really well. Very recognizable reaction and good compliments.

Sport Shot
We tested on the 42ft Scorpion pattern. Honestly, I was a bit surprised about the usability of the Black Widow Pink on the sport pattern. I expected a bit more pronounced skid/flip but the length and reliable strong down lane motion actually made me pretty comfortable. I could play it more direct or from deeper. You would think the Black and Gold might be more playable but in fact it was less. The midlane read just made it go too hard which meant I had to work harder to open up my angles.
Jordan’s look is similar to mine. The ball looks pretty good considering it’s a shiny pearl on a fairly flat pattern. It’s not going to blend the mids for you but if your moderately accurate, it gives you decent forgiveness and punch. Interestingly the Black and Gold gave him more control and a smoother roll with less backend.
For Bryan he really didn’t struggle to find the pocket. He thought it might have been harder. Tight pocket control was a bit harder given the cleaner and flippier nature of the ball but not bad at all. As the lanes break down, Bryan could step down to it. The Black and Gold seemed again, to be just right, giving the slightly earlier read and smooth driving punch.

Final Thoughts
I feel like I’ve been saying this a lot lately from the EBI and Hammer releases but the Black Widow Pink is the real deal. If you thought we were not serious, all you have to do is check out the WSOB to see how often the ball was used from Cheetah to Scorpion, the staffers made it look great. Or did the Pink make them look great? Either way we really enjoyed this and look forward to tossing it for a while to come.