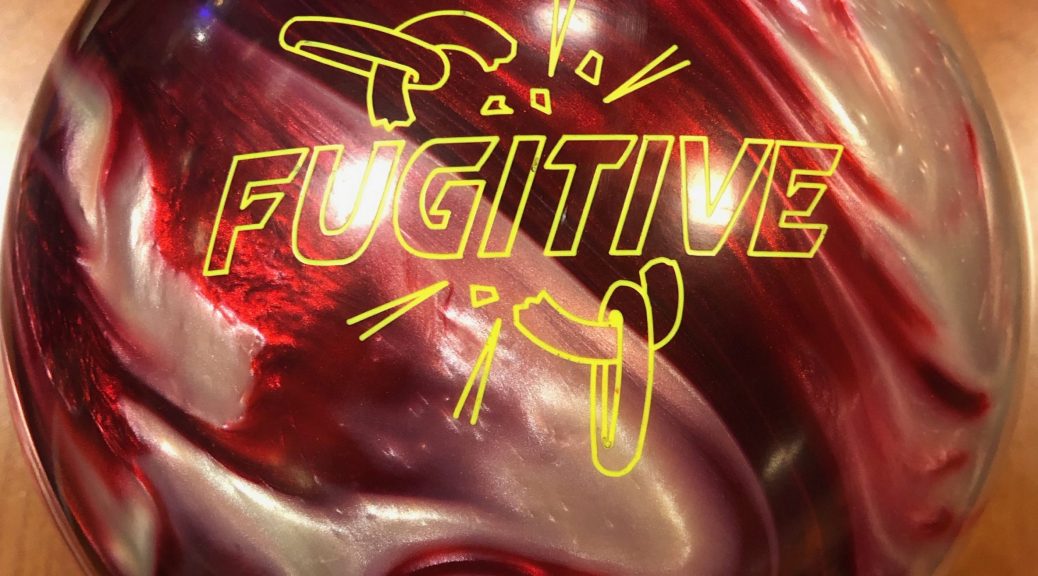 First Impressions
This looks like a runaway success. Towards the skid flip area but seems very usable and versatile.

Overall
The Fugitive is one of the early Hammer balls coming out after the buyout by Brunswick. The cover claims to be Juiced which was on the Rebel Yell. I believe Andrew Anderson had a really good run with that ball if I recall correctly. Not 100% sure if Brunswick had to alter the chemistry at all but I’ll assume it’s the same cover that Hammer poured. Bottom line is it is a very responsive cover as they say. It’s combined to a pretty simple lightbulb shape with a low RG and moderately high diff. You are getting a lot of performance and bang for the buck here. These middle of the road balls are not to be underestimated. They are cheaper than the top end balls and are very versatile. This ball looked all that in our testing. Yes it’s clean and pretty quick to friction but not impossibly so. To that end it never truly gave James an over reaction. That is a good trait for this type of ball. It could be slightly under at times. The point is it felt like it was very easy to control the pocket while not feeling the ball was going to surprise you with anything crazy. It just had a nice reliable strong motion downlane. I can’t say enough about how good of a match up it was to the house shot and for James in general.

Sport Shot
James tested on the 2019 40ft PBA Don Johnson pattern, what was used on the TOC this year. Here you would think it might be much more tricky given its responsiveness. And while it clearly is even more responsive to a flatter pattern, it wasn’t out of play. It really wasn’t too difficult to strike here either. Yes you can see harder punch on misses in but still looked good. Yes it was a little easier to push it through the breakpoint with the cleaner cover. But if you wanted good downlane motion as the pattern broke down, this looks like it could do the job, even while this was a pretty fresh shot, only used to test the Redemption balls just prior.

Final Thoughts
Value score for the Fugitive is easily an A. Very versatile ball that also scores an A on house and somewhere in the B range on sport in general. It’s simply a good ball motion. Companies rarely if ever go wrong with lightbulb shape cores. Hammer got this one right.