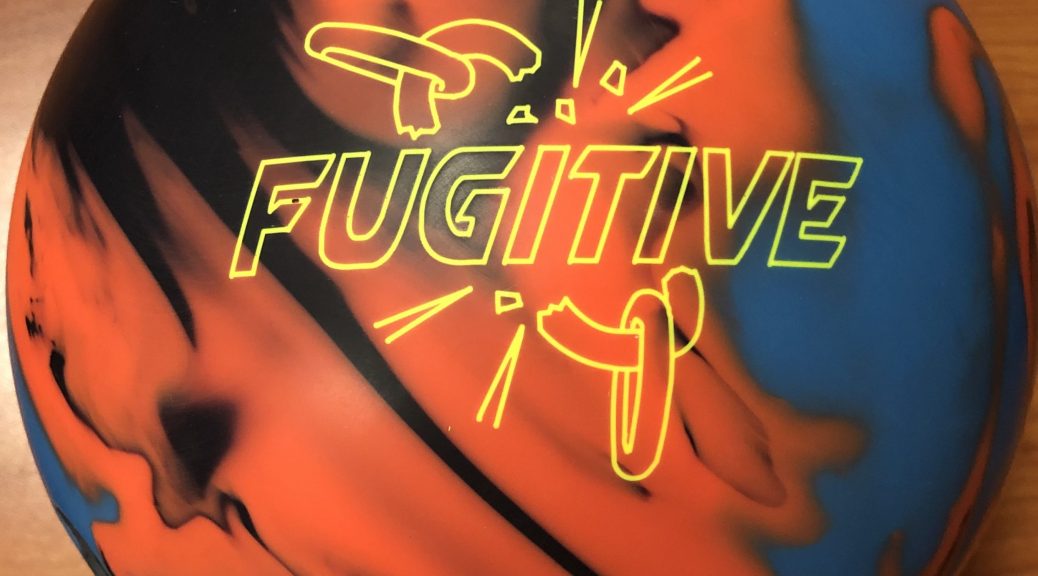 First Impressions
The Hammer Fugitive Solid feels like a lot of ball for the money. Looks like its going to be a great bang for the buck.

Overall
The Fugitive Solid follows on to the first pearl making them the first 2 balls released in the Mid Performance category for Hammer since Brunswick took over. I was impressed by the pearl and now the Solid follows suit. The Fugitive Solid is both strong and responsive. Sometimes the cover “strength” causes motion loss downlane. Not the case with this ball, far from it. In fact at first blush I worried that it’s too strong and maybe the core won’t be strong enough. However, once James settled in with this and the fresh cover got a few tosses in it, the ball really started to shine. The Fugitive Solid has pretty decent mid lane read with a rounded transition and then it just accelerates when it sees the friction. James finds a very nice look right between the 3rd and 4th arrow out to your typical 8 or so. The main thing is the ball felt reliable, meaning once you understand what the ball does downlane, you just play to that and you get more comfortable. James had his share of 4 pins with the ball going a little high. Hence misses in tended to be that 4 pin, occasionally something a little more ugly. Misses out seem to bleed the balls energy a little more than I liked so the occasional 2-8 or flat/ring 10 is something we did see. James tested the boundaries in and as he started getting past the 4th arrow, he was staring a 10 pin down. He also tested the more direct line with much lower axis rotation as he did with the Redemption Hybrid. The Fugitive Solid looked spectacular out there. It felt like a pocket magnet and rather than stand up a bit hard and stand up in the friction out there, it was more continuous which bodes well for those bowlers who play more direct.

Sport Shot
James tested the Hammer Fugitive Solid on the very tricky and flat Kegel Arsenic pattern. As mentioned, this is the type of pattern you have to watch your angles very carefully. He had a very good look going around 18-9. He did leave the odd 7 pin several times actually on very good shots. Nevertheless, he had a good control but strong motion look on this pattern. Of course, this is still an accuracy pattern so misses in are still not ideal and misses out are punishing. The big thing is that typically, you don’t need nor want this much cover for very long on this pattern as flat patterns change so quickly and strong covers make it even quicker.

Final Thoughts
The Hammer Fugitive Solid is going to provide a great bang for the buck and 1-2 with the Fugitive Pearl. I can see many bowlers jumping on this due to the strength. It’s probably a B+ as while it has big benefits, it does have some limitations. This is likely a Strong Control ball out of box or possibly Mid Control for some, especially as it lane shines. And that could be a conudrum. Do you want a mid range ball stealing the thunder of something further up stream?