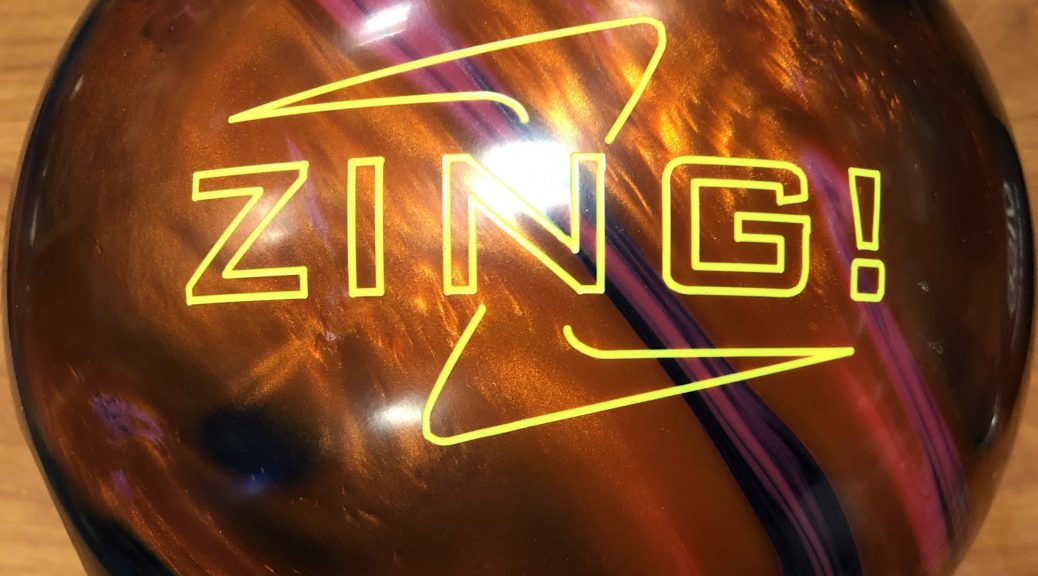 First Impressions
Since the Zing line started, these have been good balls. The question is how different is this from the Hybrid.

Overall
With the Radical Zing Pearl I feel like weve seen this before. We tested the Zing Hybrid fairly recently and found that to be a great ball with a great motion for many bowlers. It uses the core from the Katana line and we liked that strong downlane motion as well. And that’s the characteristic of this ball. It’s strong and the cover and finish allow a balance to still give midlane read while still allowing a strong finish. Generally, I like balls like that where they don’t feel super “clean” through the mids and then react overly strongly to friction. I like them to blend a little more but that’s the perspective of a lefty. This ball essentially fits in the Mid Defined category and that’s the motion I like there. If it’s really clean, I might put it in Mid Late if I put it in the bag at all.

To James specifically, the interesting thing is we both felt like the reaction we would see from this vs the Hammer Redemption Hybrid would be reversed. Previously we noted the Redemption line as very forward but the recent Hybrid really was much more angular than the Solid and Pearl. What surprised us was how forward the Zing Pearl was for James. Yes it’s a big volume asymmetric core, but the Solid and Hybrid felt more round and angular while the Pearl felt more forward. James just had to play to it’s strengths. It just wasn’t as round and continuous for James as the Redemption Hybrid which was an absolute beast. Again, almost the opposite to what we expected. The Zing core just wanted to right itself quickly and roll forward. James was able to strike but we did see some more deflection than we would like. If he squared up just a touch too much he would get too strong of a motion. So this maybe the case where the shape of the pattern doesn’t quite match the characteristics of the ball. It seemed to want to see some more friction but when it does it responds hard to it.

There was a clearer limit from the inside because of the more hook set shape. He also tested the more direct up the boards shot, say up 5-6-7. I think some styles will mesh more with this. Here it felt arcy but still set and that forward roll was evident.

Sport Shot
James tested the Radical Zing Pearl on the very tricky and flat Kegel Arsenic pattern. Flat patterns always require you to watch your angles very carefully and keep chasing so that you can fall back to any spot you create downlane. Here I would say that forward roll was also a little tricky for James to manage. I just think the shape wasn’t the best match up for him. The ball feels strong enough that you need to get in but in this case James has to keep his breakpoint in as the setting motion is very aggressive and that forward roll will not allow it to recover as say the Redemption Hybrid does.

Final Thoughts
Firstly, I will say the Zing line looks entirely different for me and others than what we say here and I found it extremely versatile. With James style, it was more forward whereas for me it is more angular. Either way, my question at the end of the day was how different is this ball really from the Zing Hybrid? I absolutely love mine and it fits in my Mid Defined Category in my bag. So is there room for the Zing Pearl there? They have the same factory finish as well. For me, the answer is no. I would not have both. For others that answer could be different. I expect for most bowlers that the Pearl is really pretty close to the Hybrid. So ultimately it’s going to be a pick ’em in my book.