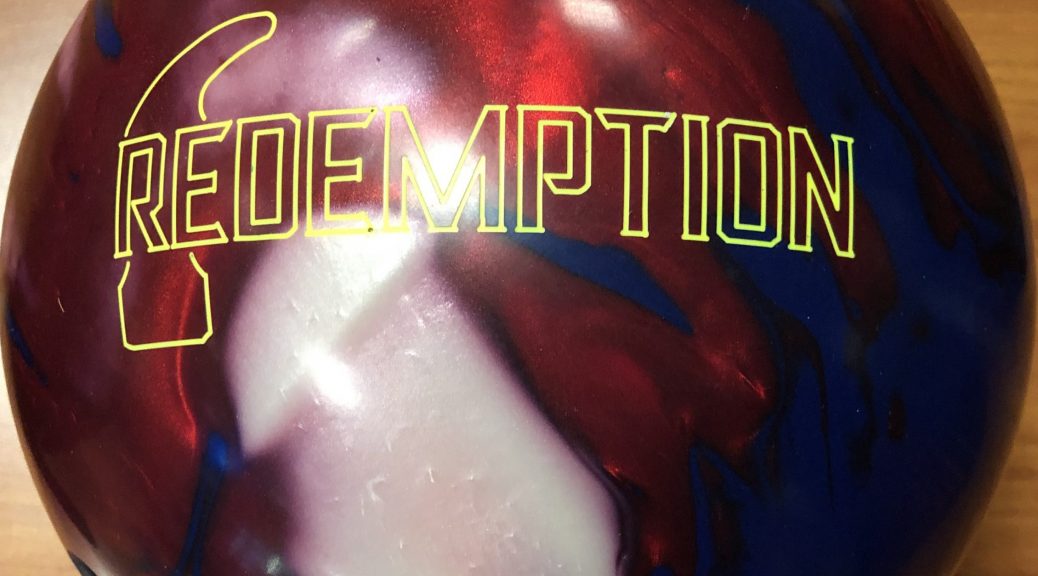 First Impressions
I’ve used this term before but it’s apropos here. The Redemption Hybrid is the goldilocks of the line in my opinion.

Overall
Hammer releases its latest high end piece. Straight out of the gate, both James and I were impressed by what we saw. It’s definitely a strong ball so you won’t mistake it for a simple mid line skid/flip piece. However, whereas the Redemption Solid and Pearl felt very forward, this one surprisingly has a quite different feel. The previous balls really stood up and rolled forward at the end of the pattern, feeling like they weren’t going to like angle. So they felt more about control, control, control. The Hammer Redemption Hybrid doesn’t feel the same. Don’t get me wrong, it wasn’t an issue in terms of control. But it didn’t have that aggressive set motion at the end of the pattern. This one kept going. It just had a little rounder shape downlane. Again, you’re not going to mistake this for a symmetric per se but this Hybrid is very continuous and felt extremely reliable. James took to it right away and it was fun to shoot. He seemed to have a relatively even amount of room left and right. It’s still heavy rolling so you don’t want to throw it out the window but he did get it to return, even if carry wasn’t spectacular. Misses in held within reason. So the balls moderate angularity gives you an idea of where you might have miss room and when you can kiss it good bye.

James chased in as well as tested the outside. Ball looked good even deep. He kept the breakpoint in a touch to avoid bleeding too much energy. He also tested the lower rotation more direct shot. You could see the end over end roll of the ball. It’s not James’ go-to type of shot but hopefully it helps you visualize what it might look like if you are more apt to play that style and part of the lane. The ball does seem to stand up hard still and you can see some of the heavy rolling forward nature especially when James plays it that direct.

Sport Shot
James tested the Redemption Hybrid on the very tricky and flat Kegel Arsenic pattern. Flat patterns always require you to watch your angles very carefully and keep chasing so that you can fall back to any spot you create downlane. Otherwise, it’s a nightmare. This was fresh for our test session but you see that the ball looks great playing the fallback shot. He’s playing about 20 to 9 and the ball definitely has plenty of heavy arc to drive through the pins nicely. You also see how tricky this pattern can be with misses. Though I will say for this pattern, he had a very good look. This is just execution and the ball had the correct motion so it was more than playable.

Final Thoughts
The Hammer Redemption Hybrid was impressive and scores pretty well, say B+. It has some limitations but certainly the most versatile Redemption line ball. It fits in the Mid Defined category nicely. If you’re a Hammer fan, this is definitely the Goldilocks in their top line.