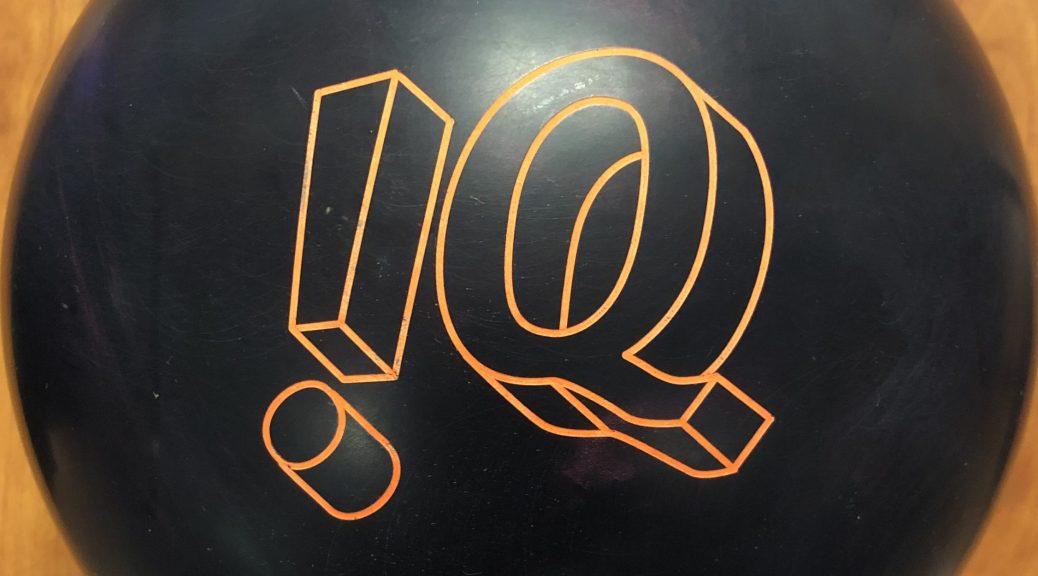 First Impressions
Its an IQ Tour. Can it be bad?

Category
I would consider this ball in the mid control category.

Overall
I must admit my first impression is a bit of a cop out. The world is almost certain to love the IQ Tour Nano Pearl, at least anyone who’s liked it before. The C3 Centripetal Core works for many people. Low diff excellent control. I always thought that it would be a great ball for me as a lefty but with the IQ Tour solid, it was more of a pocket control but mediocre carry. With the Nano Pearl, initially I saw a couple of flat 7s and thought oh here we go. But then some better execution and I saw stronger motion and good drive. The biggest issue I had was the cover in 3000 abralon seems simply too strong for this house pattern which forces me in while at the same time, this isn’t a loop the lane type core. Nevertheless it surprised me with more backend capabilities than I was expecting. This house shot is playing a bit reverse blocked so if you get outside downlane, you have no chance to get back to the headpin but it hooks a ton from inside. Feed into the friction a touch and I mean a touch too early and I’m through the face. Try to push it through and it doesn’t make the headpin.

Rather than focus on the pattern, I want to focus on the ball itself. I do like the shape the Centripetal core creates on lane and always have. This is a case where I actually want to take this surface up to make it work properly on this shot. My frustration was that I had to throw it too good to get results on the house shot. So I had to make a second trip to see it again on a sport shot.

The IQ Tour Nano Pearl is smooth yet has some boominess downlane. It responds to friction smoothly but pretty strongly. I typically find balls with weaker cores and strong covers not matching my game but this match up didn’t feel terrible for me as the core doesn’t puke downlane.

For Bryan, he saw the same thing. Initially he was going through the face and if projecting right, it doesn’t recover. Once he realized this ball was reading way earlier than the Parallax and Trend we tested, he paralleled everything in going about 14 to 11. The ball created a nice arcing shape which is what you expect from this ball. The “too much surface, too weak a core” syndrome is exacerbated with Bryan’s game. So giving away the pocket was a no-no. He benefited a bit from some shim in but out was a no-go, especially with this much surface out of box.

Sport Shot
For the Sport shot, I tested on the Kegel Arsenic pattern, a 41ft a 1.3:1 25.79ml pattern. I have to admit this is one tricky pattern, kind of like Red Square in many regards. I started out with more confusion than solutions. The pattern is not one conducive to direct play. It requires some angle but the breakpoint at the edge is extremely difficult to maintain. If you play it too close say you need 8 and hit 7.5, you are leaving a (3-7-9) 2-8-10. Miss to 10 and you’re brooklyn. So this is a pattern I feel fall back can be very effective. You want to take advantage of the backend motion while moving away from the absolute cliff. I thought I would struggle mightily after the first bunch of shots but once I started getting to the 4th arrow to 10, the shot was great. I could move in 3-2 every few balls and even with my rev rate get a pretty good look. Not to forget that I can still leave corners, the IQ Tour Nano Pearl reminded me with rap 7 and flat pocket 7-10. At the end, you give up the more aggressive movement in favor of consistency and that is key on tougher patterns many times.

Final Thoughts
Where are we with the Storm IQ Tour Nano Pearl? If you have loved this series and have been looking for the return of the IQ Tour Nano, this is darn near close enough. The ball will not surprise and it’s sure to be successful. To those that loved this series, they will get all the benefits they’ve previously seen. Great control, smooth but arcing motion. High rev bowlers and those bowling on sport shots need a ball like this in their bag. If you were plagued by certain limitations from this series, you are likely to still see some of that. So pocket control but some flat corners are still there, albeit a bit less than what I’ve experienced with say the IQ Tour. For my game, I tend to lean towards bigger cores with weaker covers for control vs the opposite which is the case with the IQTNP. However, I always wished I held onto the IQ Tour Nano as it was a bit different and this is my chance.