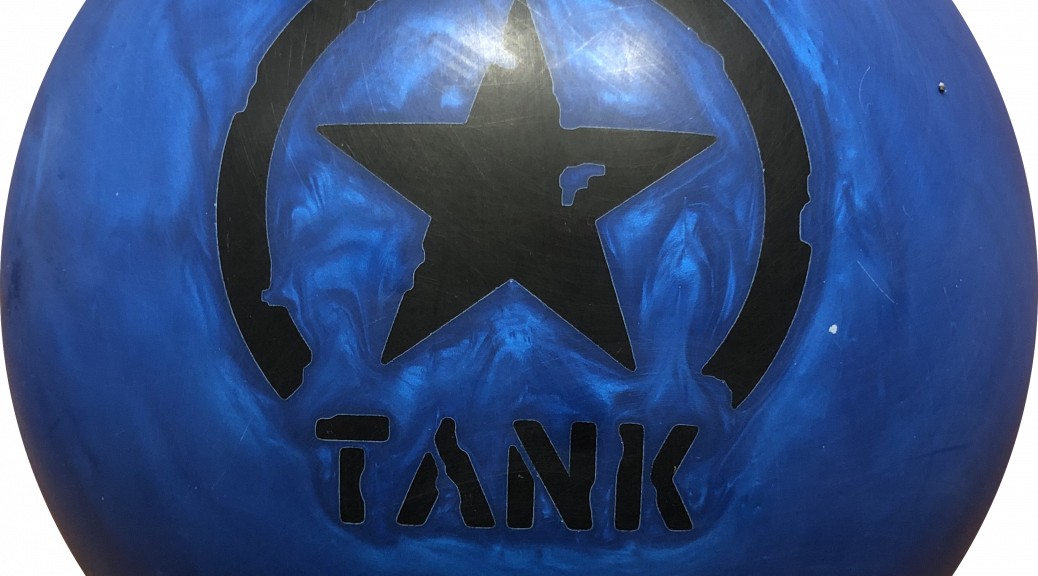 Overall
The Motiv Blue Tank resembles urethane as you will see immediately from the first toss. It’s got that very diggy quick reading cover with a smooth and slow backend reaction. I try to throw it up 10 or even open up a little but not a chance to keep it left of the headpin. So unless you have some volume or you are speed dominant, you are not likely to get a chance to toss this on lower volumes from that direct. It took me a few throws to get find the pocket just because of how strong it looked overall. When I get to 13-15 through the heads with some belly to 5-6-7 at the breakpoint and the motion looked sweet. Honestly my eye was quite attracted to this ball motion. I can keep getting in and the Blue Tank kept working. Much past the 3rd arrow wasn’t worth the difficulty. The strength mostly comes from the traction of the cover and its finish. The backend is smooth but creates enough angle to carry well. Because the motor doesn’t have much torque, if you get the breakpoint in, the ball simply doesn’t do much. The big thing here is I feel like we are at a pretty advanced stage with the urethane-like control motion in various areas of strength. In other words, for certain bowlers, you could theoretically carry multiple urethane balls to get different reactions. I typically clump them all in “specialty” balls but for example, the Roto Grip Rubicon UC3 actually fit in mid control as it is substantially stronger than your typical urethane while still offering some control. That’s essentially what we have with the Blue Tank from Motiv. It offers about the same type of strength as you might see from strong balls through the fronts and mids but because the backend is pretty controlled, you get a kind of mid control ball. You can see the more traditional urethan reaction from the purple Tank where overall less dynamic motion. Control front with even less pop downlane.

Even 2-handed, the ball shows off it’s strength. I was struggling a bit with some pain so my power step wasn’t quite as effective but you can see the ball can wheel from quite deep. Same characteristics but with more length simply because I’m starting in the massive midlane oil. Bounce it to friction and it still makes the turn. Miss in at the breakpoint and it still fluffs without the big chuggy engine.

Final Thoughts
At the end of the day, here’s the deal with this microcell polymer or urethane. The ball reactions are becoming varied enough that within the specialty category, they separate. This is definitely in the mold of say the UC3 in terms of overall strength while also being similar in shape to the pearl urethane of the Purple Hammer. Looks like I’ll need to do another all urethane/MCP shootout.

Stroker’s Stance
Bryan tests the Motiv Blue Tank. Generally speaking, Bryan got very comfortable tossing the Blue Tank up the 2nd arrow with a small belly watching a slow arc back to the pocket. The idea here is to push the ball into the friction a little bit early so that it slowly walks back. But that walk back creates a good hit through the pins. If Bryan pushed to the friction too far downlane, it doesn’t have the response time to make it back. The nice thing with the pearl microcell polymer seemed to create a nice middle ground for ball reaction. It didn’t feel super early like solid urethane but still gave the urethane-like control. Overall, Bryan had a really good look with it. A quick comparison to the Purple Tank and he immediately got the traditional urethane vibe as well as recalling that urethane is generally not Bryan’s jam. It’s earlier but you can’t give it room or it won’t make it back. It basically becomes very condition specific. Ultimately, the Blue Tank appears to be a good option when he needs that control look on lower volume or shorter patterns while still getting hit and carry.

A Power Player’s Perspective
I introduced Tyler as our latest higher rev tester in a recent video.