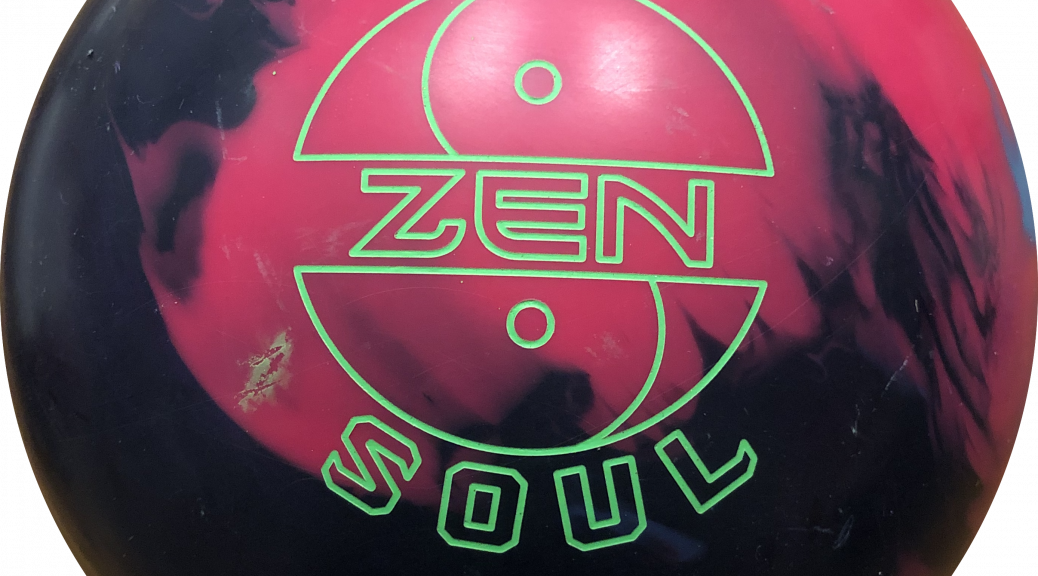 Overall
At first, I was thinking, am I ever going to find the pocket. Usually I don’t have so much trouble manipulating motion to get a visual on the more direct trajectories. I was simply unable to find the pocket until I got past the 3rd arrow. I have come to find the house shot is a foot or so shorter than previous so it explains some of the bigger hook but it’s still over 40 ft and clearly the Zen Soul is a strong ball. However, for all the struggle I had until then, the ball looked spectacular between the 3rd and 4th arrow and beyond frankly. The big bulky Meditate core while being massive doesn’t chug lazily downlane. The ball has a heavy but big move downlane. It just seems to be able to generate that big turn. I struggled with length until I found enough oil. Let’s talk about the arsenal placement for a moment. Ultimately I placed this ball in the strong control category. I know it is certainly on the angular side of “control” but that’s where I would have it in my arsenal. You can see that the Zen Soul is basically a Zen with traction in my mind where as the Zen Master is stronger but definitely smoother downlane. Back to the video, you can see that the motor is torquey as misses in really drive through the pins hard. In fact, it’s sometimes a way I trick house patterns when playing to the friction is too over/under. The ball is also very responsive to friction. The Zen Soul is simply tons of ball. It made me look like a super hero, going even past the 4th arrow with ease. Rarely did it leave a flat corner in this test.

2-Handed Style
Here are a few shots 2-handed and while I did have some physical struggles, the strength definitely didn’t help my cause to make this test easier. I tried to use the inside breakpoint to make it a little easier to float the ball but not a chance, the Zen Soul is simply too strong. You know the saying, it wants to read at my feet?? Anyway, I had to deliberately use less axis rotation or the ball is absolutely sideways. I had no other way to trick it. Ultimately I was able to roll it a bit more forward but wow is this thing strong for this pattern.

Final Thoughts
While I thought the Zen Soul might be the goldilocks of the Zen lineup, it’s actually something else. I think the OG Zen is still the goldilocks. However, I believe the Zen Soul is what I expected the Zen Master to be. Basically if you loved the Zen motion and you just wanted more traction for the condition, the Zen Soul finally gives you that. The Zen Master is not a bad ball, it just offers a pretty different motion with the Solid S77 cover vs the Soul’s S77 Hybrid. And this is the challenge sometimes. The Zen and Zen Soul do not really fit squarely in the boxes I drew but are amazing balls. So in a way, they are perfect if you wanted to create a smaller arsenal with them because of the fact that they straddle the line between defined and control. In another way, they may encroach on the territory of other more squarely fitting balls in the category. What a dilemma? Either way, I don’t see bowlers being unhappy with these balls.

Stroker’s Stance
Bryan tests the 900 Global Zen Soul. For context, Bryan has an original Zen in his arsenal as he loves the motion and is quite effective for him. So the concept or notion of the Zen Soul is attractive. Get the same motion but to handle a little more volume, why not, right? You can see right away that Bryan gets that nice strong arc to the pocket. The ball definitely has traction but not the kind of traction that simply bleeds all its energy. I like that. Some balls are so strong, they read and hook forever. Some balls are so strong they bleed energy and completely die. This fits in the former. Now with Bryan’s game, sometimes balls like this push him in on the house shot just enough where there is a bit of loss of continuation. As long as he watched his speed, he could manage the Zen Soul. For the casual observer, you might think, what about the deflection and some 10 pins? Well at the end of the day these balls need to separate themselves. The Zen Soul would be more ideal on a higher volume for Bryan so then he could stay in the same area but get a bit more stored energy. So keep that in mind. Maybe your shot plays heavy or long when fresh and then settles down. Boom, there you go.

A quick comparison to the Zen shows simply the difference in traction. Same heavy roll but a touch of over/under with a little less traction. It still looks good but you can see the lower traction means varying responsiveness to different levels of oil on the edge of the pattern.

The Power Player’s Perspective
With Sean on longer term IR, we have a new tester representing the power player. So I’ll introduce Tyler who is testing the Zen Soul with us today. Tyler also has a Zen in his current arsenal. It seems everyone does these days. So same deal, the thought of having a higher volume same shape option is enticing. Initial thought is that’s what he saw. He found a quick home between the 3rd and 4th arrow and whacked the pocket. He’s got a little higher average speed to match the higher rev rate so still rev/speed matched. He also has to be deep enough to allow the ball to get the length it needs to avoid overhooking. So the length is the function of the pattern relative to the surface of the ball and you can see that the ball wants to fire up with its torque and when it finally has some traction out of the mid lane oil, it gets into that heavy transition and roll. This is a big core to be sure and you can see and feel it. As the line started to breakdown, Tyler started to see some 10 pins. So it was a sign he needed to find some fresh oil. He tried a couple of things including moving right but quickly realized moving left and wheeling more is the ticket.

Tyler does a comparison to his Zen and you can see a very similar roll with simply a bit more length. So standing in the same spot, the Zen gets to the pocket but not quite as strongly since it has less traction. So basically it goes from Zen Soul flush to Zen light swishers. So you can easily decide which ball you want simply by the traction situation and not have to worry about reaction shape which can be ideal.