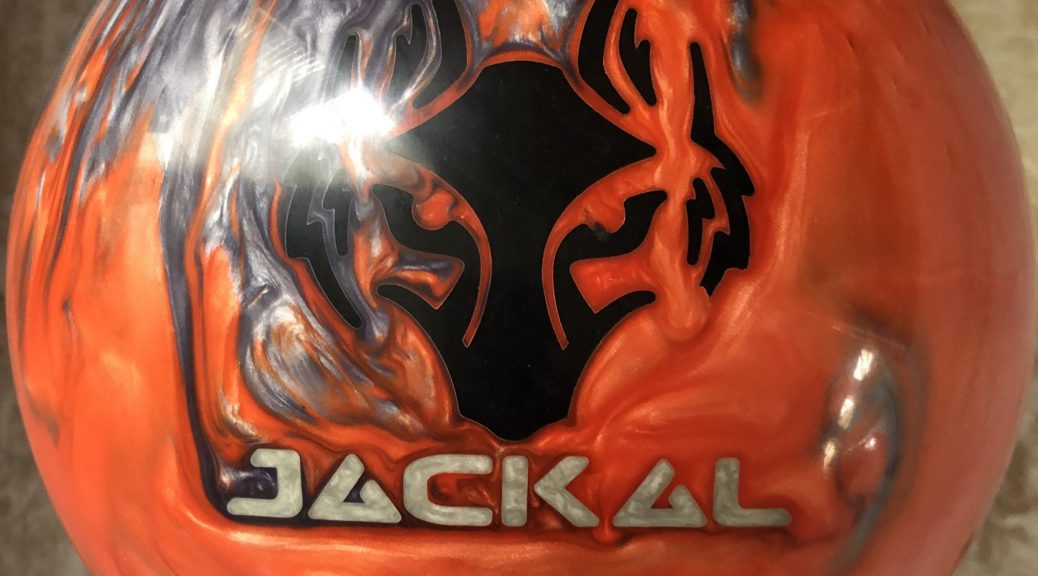 First Impressions
The Jackal Flash looks like it is very versatile. We may have finally gotten a pearl worthy of the Jackal moniker.

Overall
For whatever reason, I’m not a huge fan of large color swaths, perhaps because of my lower rev rate but I digress. Now that that’s out of the way, let’s talk about what the Motiv Jackal Flash is about. We are seeing a little bit of a trend all of a sudden. We’ve recently tested the Track Proof Pearl and Storm Axiom Pearl and both of those balls allowed you to recognize the ball motion of the original solid while providing that cleaner look through the fronts. It looks like the Jackal Flash is similar in that regard. Definitely cleaner look than the Jackal Ghost, but I can easily see similar motion and looks just about as versatile. The Flash still feels like a strong pearl asym but oddly versatile in a very good way. You can’t miss big inside or it won’t hold. You don’t want to massively miss out either but there is room. The bigger and most important thing to me is while it is fairly responsive to friction, there is an obvious smoothness to the transition. The big core transitions before the end of the pattern which slows it down enough so that when the cover sees friction, it doesn’t look jumpy. What this ultimately means is that it is very amenable to various hand position and laneplay tricks. It will be playable on many conditions. In fact after this test, I used it pretty effectively on Wolf of all patterns. I can adjust hand position and play closer to the 2nd arrow. I can get in deeper and if I slow it down even more so.

Collin Rainieri joined us as the higher rev tester for the Motiv Jackal Flash. The Flash has a really nice roll and the versatility is shown off here as well. The shape of the Jackal Flash is very nice. It’s not a skid flip ball and it’s not as slow as the Golden Jackal was. It also is stronger than the Golden. The Flash doesn’t require lots of dry to respond. It’s also pretty responsive to friction but the way I described earlier. So again, back to the versatility concept. Collin starts around 16 at the arrows out to 5 no problem. He can reduce his axis rotation and punch it up the boards with no problem as well.

Bryan is up next. We had just finished up the Axiom Pearl test and he immediately felt the Jackal Flash was stronger by 3 with his feet and 2 at the arrows. Interestingly, he also felt the Flash was stronger off the spot, a touch earlier as well. As you could see he can get in closer to the 3rd arrow. He didn’t have as much miss room in. Once he gets in deeper, he also loses room to the outside which is a function of his game.

Final Thoughts
The Motiv Jackal Flash fits in the Mid-Defined category and if you’re a fan of grades, this will be a B+. There is this very nice balance of transition from skid to hook to roll. I don’t mean that it’s even but it’s another ball that not only seems to have the ideal modern shape type, it seems very versatile. For every mention that Motiv covers are not as quick responding to friction as Storm for example, there is the equal and opposite versatility argument from having the ball reaction with a bit smoother transition. As I still think the Jackal Ghost is the best ball Motiv has made to date, I think the Jackal Flash is an excellent acquittal as a compliment.