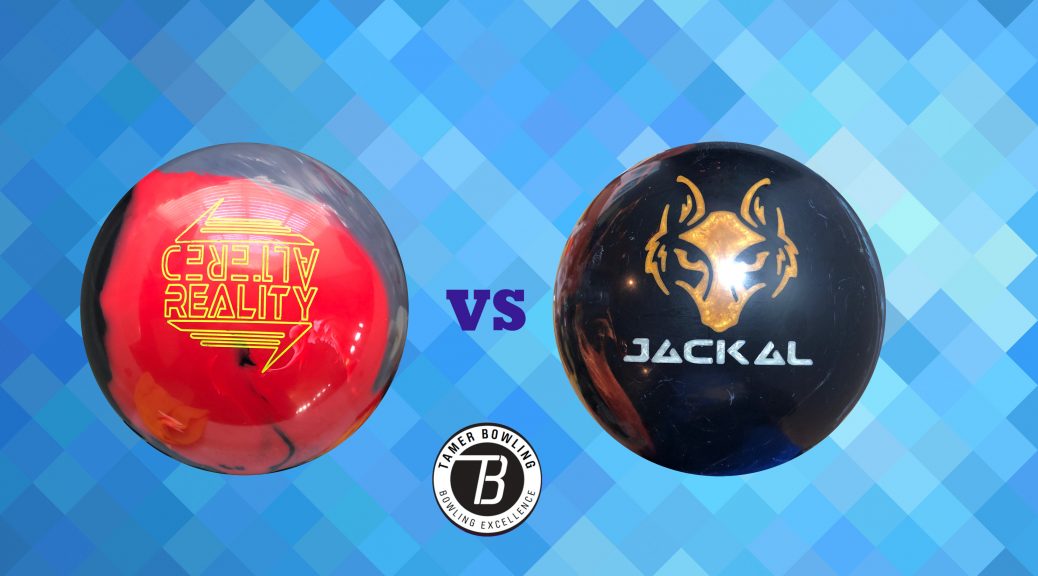 Welcome back. Today I wanted to do a cross-brand comparison of shiny asyms. Now I’m going to keep pushing the arsenal building video on you guys as I really think it simplifies looking at it. If you watched that and watched the individual reviews, you’ll note that both balls fit in the Mid Defined category. First let’s talk about the ball reactions. Both are obviously clean and both are fairly strong. In fact, looking at the charting, I put them almost on top of each other.

As you can see I had the Altered Reality a touch stronger and a touch more angular but a touch. So you really would want to pick just one for this slot in the bag. The Devil’s in the details here. Basically the Altered has a more forward roll, a little more of the asymmetric look as opposed to just a big ball. It’s a subtle but real nuance which gives them different characteristics. That more forward roll also meant less carry from deeper trajectories with the Altered vs the Mythic. Doesn’t mean I’d have both in the bag. To me I’d pick the reaction I prefer. If I want a a more forward roll that opens up the lane from medium angles, the 900 Global Altered Reality with its boxy Disturbance core would be my pick. If I want a mid defined ball that allowed me to get in deeper and still carry, The Mythic Jackal would be it.