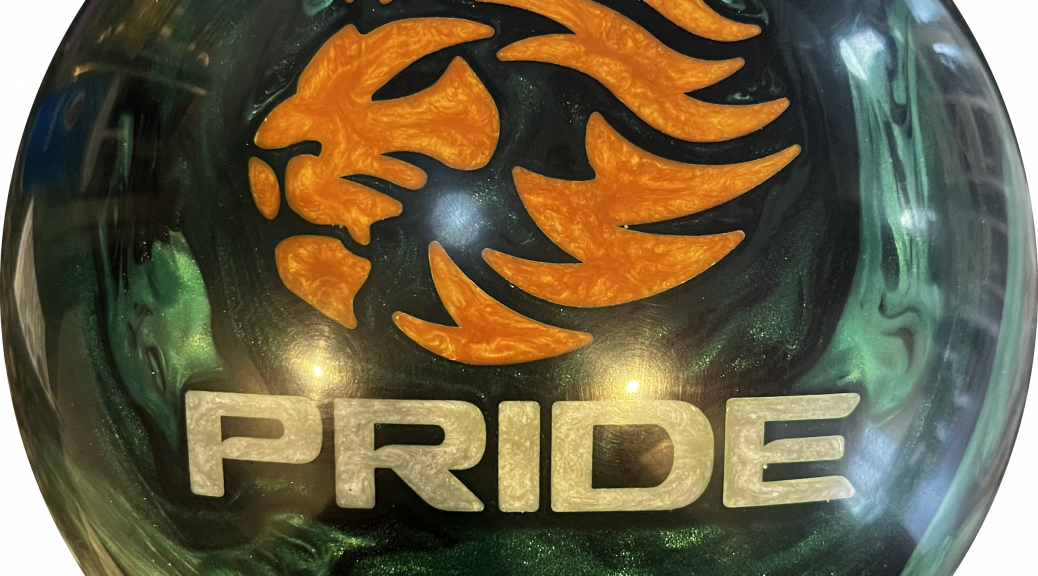 Overall
Alright the Pride Empire, I keep wanting to say Emerald, is a pretty ball. Medium strength diff and asym ball in a medium strengh snappy pearl cover and you basically expect something between mid defined and mid late in terms of arsenal fit. I will emphasize that the cover is snappy, similar to the Ripcord Velocity. The Empire is maybe a touch more rolly in nature and in a way it makes sense where Motiv puts it into their ball guide. The question for me will be do you need both but let’s come back to that. I tried this ball on a pretty hooking lane as that’s what Motiv says it’s for but also threw a few shots on a fresh lane just to compare and contrast. Here you will see that direct is a little tricky as the ball is a bit too responsive. A little over/under as I attempt to launch it past the friction. However, I like to edge in as the evaluation progresses and you can see the ball kept hooking. Once I got to say 17-20 at the arrows is when the ball found a home. Here you can see what Motiv advertises. A ball that you can open up the lanes with and wheel when there is friction. I can say without a doubt the Pride Empire did that. Not any under when there is friction so a clear mid Late ball. Being Mid Late means it encroaches on the same space the Ripcord Velocity sits in. I go over to the fresh for a few shots and there is a shot a bit more direct but now you can see the ball hit more softly as there isn’t quite enough friction for the ball to react to. Another note, I will say that even while Motiv says you could make this shinier by going 5500 LSP, I have to say this is probably the shiniest ball I’ve ever gotten out of box from Motiv. While I’ve gotten balls at 5500 LSP that look 4000. Go figure.

A Power Player’s Perspective
Tyler is our power player. I think you can see right away that although his rev rate is clearly higher than mine, he does use a bit lower axis rotation. As such he gets a little more controlled downlane responsiveness so the punch of the Pride Empire was tempered a bit more. He saw a bit more over/under than I did. He definitely had a late ball reaction as expected with a moderate responsiveness, not exactly flip. It reminded him a bit of the Idol Pearl but he had a bit more punch from that ball in general. In general the Motiv pearls have a little more control characteristic and he did like that.

Stroker’s Stance
Bryan also tests the Pride Empire. Generally speaking, this is a clear Mid Late ball for Bryan. He had to play the Empire right on top of the friction. This wasn’t a ball that was going to give any bite if it didn’t see friction. However, as is somewhat typical when you have to straddle the friction line on a house shot, it can be prone to over/under. You need to use the friction in the mid lane to get the ball going but if you get it there too early, it will nose up. Get it to late and it won’t return. Bottom line is this is a low volume type ball for Bryan.

Final Thoughts
I mentioned the Pride Empire is clearly a mid late ball and while this has an asymmetric core, I really feel there isn’t enough of a difference for the average bowler to have both the Ripcord Velocity and the Pride Empire. Now if you’re looking for a replacement, I think you will have no issues here at all. It goes to show that asyms can still make the low volume part of the bag.