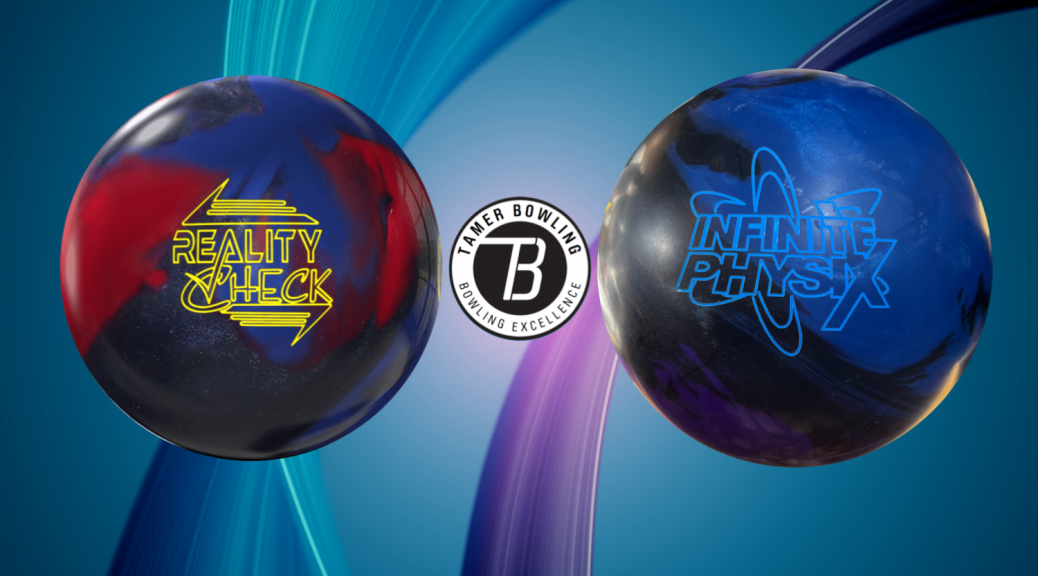 Thanks for joining us for this comparison of the Infinite Physix and Reality Check. I should probably say compliments but let’s get into it. First what are they? Infinite Physix is a medium/high stength asymmetric core in the NeX pearl cover finished at 4000 abralon. The Reality Check is also same type strength asym in the S84 Beta Hybrid cover finished at 4k fast. Firstly what’s the difference between 4000 abralon and 4K fast? Basically they finish 4k by going through all sanding steps before so 360, 500, 1000, 2000, 3000 then the final step. That gradually smooths the surface. 4000 abralon will likely go to say 1000 or 2000 then 4000, leaving a bit of grit underneath the final finish. Theoretically, 4k fast will be longer and a bit more quick off the friction than 4000.

That said, I think that is probably true at first blush. The infinite has pop but a little rounder shape whereas the Reality Check looks a touch more responsive. However, I see a bigger difference overall between these balls. Since 4K fast is Storm’s new 1500grit polish, I kind of expected the Reality Check to be a kind of Mid Defined ball and with the Infinite I wasn’t really sure since the NeX on the Dark Code felt too weak to be Mid Defined. However, it actually turns out the Infinite Physix is a perfect Mid Defined ball contrary to my initial wonder while the Reality Check with a supposed cleaner cover is clearly the bigger ball overall with both an earlier and bigger move downlane. You can see that the Infinite is usable from more direct whereas the Reality Check has no way of holding from that direct. Now you start to get in past the 3rd arrow and the Infinite is deceptively strong enough. It kind of pretends it won’t with how smooth it rolls but still has that giddyup to get through the pins. The Reality Check makes no pretense that it’s smooth or won’t get there. It’s definitely making it up the hill because you can see it read earlier. You can see it transition pretty hard and then really creates a ton of entry angle. You might wonder if they actually cover different volumes or they are just variations of each other, but the S84 Beta Hybrid is definitely a stronger cover than the NeX Pearl. Hence the Infinite Physix fitting squarely in the Mid Defined slot while the Reality Check fits in the Mid Defined + or Strong Defined -.