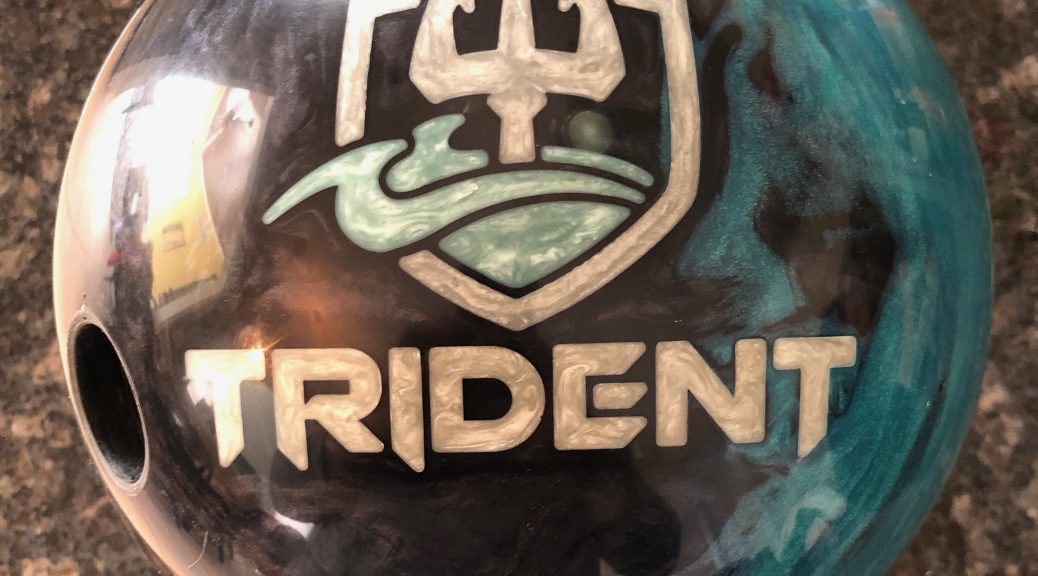 First Impressions
Pretty ball with great shelf appeal. Why not continue to use the Turbulent core?

Value
I’m giving the Motiv Trident Nemesis a B. Pearl Asyms fair relatively well in terms of usability and versatility. Maybe there’s room for a higher score in the future when we alter the surface finish more.

Overall
OK, let’s jump in. Firstly, this is one of the rare Motiv balls that come really shiny out of box. I’m not a huge fan of that in general so did just touch it lightly with 4000 to break the more glassy look but still has a strong sheen. After testing, I feel like it could use more surface but that can be adjusted. What I can say is despite continuing to use the Infusion based cover, this seems furthest from the Supra and Ripcord in ball reaction. It’s hard to tell how much chemistry change there is in the cover, the core is clearly different. Personally I liked the original Trident so much, I can’t help but wish I saw the Turbulent core back in a pearl cover. Anyway, the Nemesis feels hard off the spot but not super quick if that makes sense. Actually, sometimes it felt quick, sometimes hard, sometimes it was a touch late. That left me in the pocket fairly easily but back row pins were a risk with that type of motion more often than I would like. I feel like some added surface would blend that out and perhaps if I had to do it over, I might shorten the pin position for wider flare rings. Even more interestingly, Motiv calls out the Supra for lighter conditions and this for heavier, I ultimately felt like the Supra was the more versatile piece. The Nemesis felt release sensitive for my game and clearly I have a ways to go there. Some surface would relieve that but I will say the Nemesis did give me some forgiveness both in and out on this heavier pattern.

For Bryan it was a different picture. I recently tested a ball I couldn’t stop striking with. For Bryan, the Trident Nemesis was that ball. It was astoundingly easy for Bryan to not only keep and hold pocket but also carry. He has a great look and it was immediate. No fishing. The ball was exactly what you would expect from a pearl asym. He got good length. It came off the spot hard and quick. He got enough of that asym stopping motion that it went through the pins extremely well shot after shot. If anything he had miss room out but a little less room in. That is what you would expect from more angular balls. Bryan had a lot of fun throwing this ball as it just seemed to give him a great look from a pearl asym. Clean, angular, good carry, miss room out.

Sport Shot
We tested on a 34ft Del Ballard pattern. This is a bit unique but showcases some of the flexibility of this ball. For me this did 2 things. One is show off the angularity a bit more. It was clearly fast off this pattern. You would expect that reaction but this was more so than other pieces. It also made the point even clearer that for me to effectively use this ball, more surface will be a must. Ultimately if you are a lefty, surface is your friend, especially if you bowl on sport shots. For Bryan, the angularity again shows itself. Here now there is a little more obviously less forgiveness. Misses in have no chance. This is not a weak ball. He had to give it a bit of room. He still had a pretty good look and could strike relatively easily on this pattern after a few games of wear. I think the Nemesis gave him a pretty good look despite edging towards skid/flip motion.

Final Thoughts
This might feel like a bit of a tale of 2 balls but it’s probably not. The Trident Nemesis is a medium strength pearl asym. Bryan has a more consistent release than I so he was able to take advantage of the snappy long and strong motion of this ball. Either way, there was pretty good pocket control. A little less forgiveness with misses in as you would expect. Overall I see this as a more traditional pearl asym addition to the Motiv lineup. It’s quite a different look from the Golden Jackal or even the retired Villain Scorn but people used to other brands’ pearl asyms may recognize this shape a bit more.