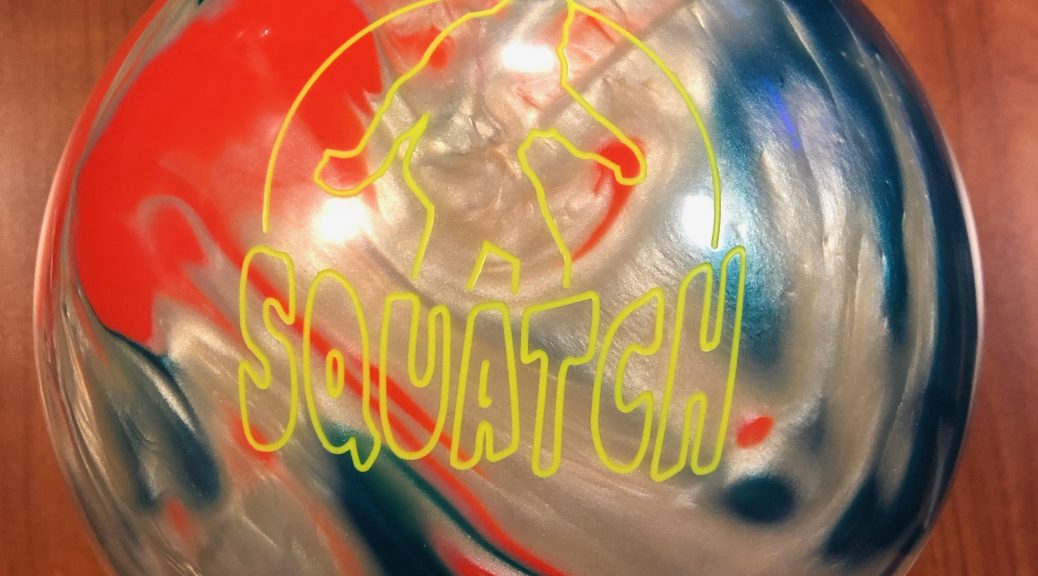 The Radical Squatch Hybrid uses the Symmetric (DynamiCore) inside the Ai-39 Hybrid coverstock.

Value
I’m giving the Squatch Hybrid an A+. It’s very versatile for the price, plain and simple.

THS Score
Also an A+. It was

Overall
This review is not hard at all to be honest. Despite this being a higher than normal volume house shot, the Radical Squatch Hybrid was a strike machine. Don’t be deceived by the more direct lines. The point is that it didn’t feel weak for the heavier volume. You could just find the right line and get on with your execution. The line 12 to 8 is the simple track line. I also pushed further left to see what that looks like and you can see 10 to 6 also looks fantastic. I just want to spend a bit describing the motion. The ball doesn’t struggle for length given the compound plus polish finish. The more important aspect is what it does downlane. It feels smooth and very readable yet still punchy. I’ll steal this term from a friend and say it feels like it keeps climbing towards the pocket. I had a Reax 2 a few years back and I remember a similar characteristic with a very similar core. You think it’s going to be late. You’re not sure it’s gonna make it, then you see how it goes through the pins and you realize it was gonna make it the whole time. It’s very unique to Radical balls and especially this core, whether it’s the symmetric of asymmetric version. So bottom line is in the zone, this ball gives you a nice wide pocket and blends release variations well. Given the volume, when I bumped in, the ball told me immediately it was coming in behind the headpin.

Just for a quick comparison, while the Melee Jab SE and Sqautch Hybrid don’t seem very far apart on house, the Melee Jab SE does allow you to chase deeper. It doesn’t give up axis as hard. So you can step down to the Jab if you want to circle it more.

Since this is a higher volume pattern, Bryan was a little more direct that usual but he still saw a clean and angular move. Most importantly, he had forgiveness missing left and right. And this is really what I was referring to. In the zone, you get a ton of room downlane with the Squatch Hybrid. He goes up 6 or 7 and sees that strong move through the pins. He misses in and it holds for a trip 4. He misses out and gets an even harder move bringing it back. The ball was angular enough to leave him a few untripped 4s but still a great look overall. He was able to move 2 and 1 as it broke down. But you can see that on this pattern, once he uses more belly, the ball loses some of its oomph.

Sport Shot
We tested on a 34ft Del Ballard pattern. This is a bit unique but showcases some of the flexibility of this ball. For me, it is a touch cleaner than I would like but i would just want to stop at the compound instead of the polish on top. I had some forgiveness in but less out because this is after all a 30ml pattern and this house doesn’t usually have the strongest pop off the outside boards. Honestly you might think this isn’t ideal but it was fun to throw here.

On the right side, the pattern has a handful of games on it so not quite as crisp as fresh but that actually makes sense for this ball. And by now it should be noted that it was unsurprisingly forgiving. Bryan had a very good look and probably could use this ball in competition at this stage of breakdown.

Final Thoughts
I try to give the objective evidence in my reviews but I can’t help but be subjectively excited by what I saw. The Radical Squatch Hybrid is easy to use. When you find the zone, you will have an open funnel with it basically. Both our styles saw the same thing. For Radical fans, you would have seen this core in the Yeti balls. This is not unique to Radical but if it ain’t broke, don’t fix it.