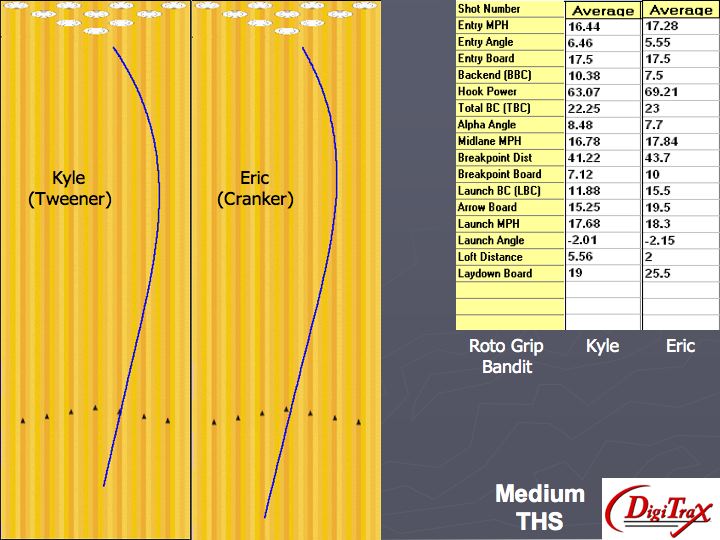 Kyle Hartzell of BowlerX and Eric Filipovits test the Roto Grip Bandit. The testing was performed on a medium house tapered shot.

Kyle launches the ball 17.7 mph and the ball enters the pocket at just over 16.4 mph. He’s targeting 15 out to 7 at the breakpoint of about 41 ft. Kyle is able to generate 6.5 degrees of entry angle.  This ball really does act pretty skid/flippy.   The cover on the Bandit is vey clean through the heads and reacts quickly to the dry boards.

Eric launches at 18.3 mph and the ball enters the pocket around 17 mph.  Eric is pretty deep with this ball as he gets quite a bit of backend motion with it.  When you compare the Hook Power between the two bowlers, it’s clear Eric gets more overall reaction from the Bandit.