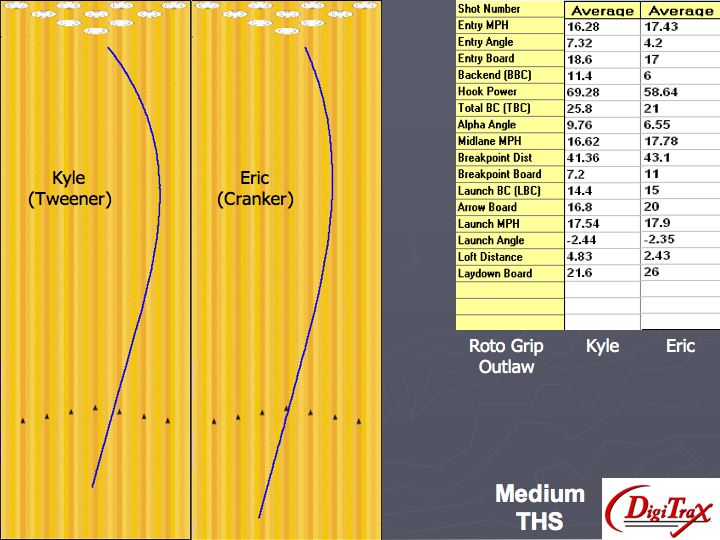 Kyle Hartzell of BowlerX and Eric Filipovits test the Roto Grip Outlaw. The testing was performed on a medium house tapered shot.

Kyle launches the ball 17.5 mph and the ball enters the pocket at just over 16 mph. He’s targeting 17 out to 7 at the breakpoint of about 41 ft. Kyle is able to generate over 7 degrees of entry angle.  This ball’s core like to flip but the solid cover smooths it out a bit.  However, it was absolutely amazing to see the amount of entry angle Kyle saw with this ball!  It was downright impressive and completely unexpected.  When you compare to what Eric was getting, it looks like it just matched up just right with Kyle’s release.

Eric launches at 18 mph and the ball enters the pocket at 17.5.  It really loses very little speed.  He has to be so deep with this ball that he is in the depths of the oil.  Thus he wasn’t getting a big move on the backend.  This worked well for Eric and gave him a different look.