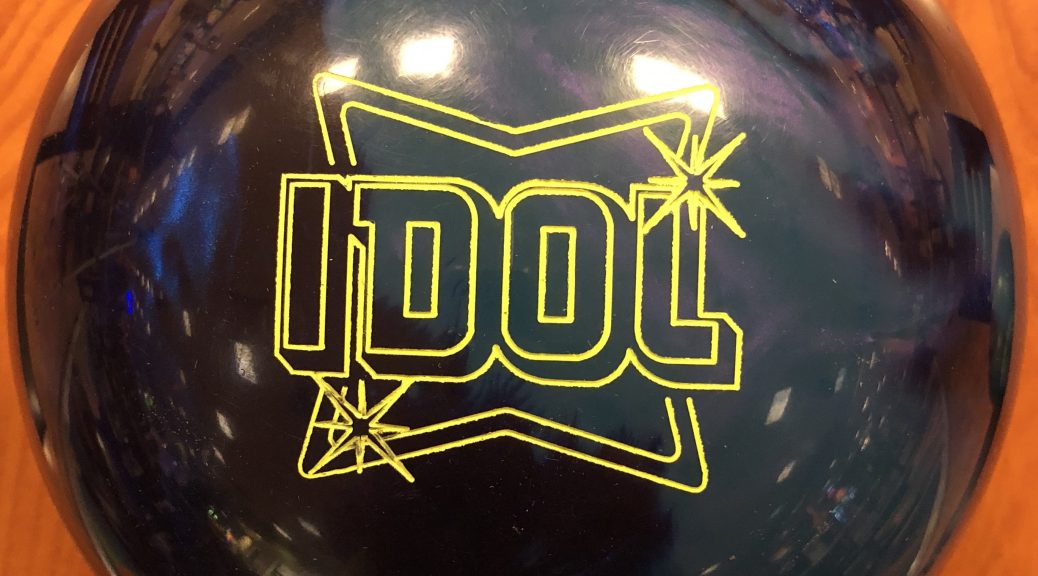 First Impressions
Pretty piece that rolls as nice as it looks.

Thanks to Jeff Smith and Pure It Bowling for drilling our equipment.
Buy the Roto Grip Idol Pearl at PureItBowling.com
Thanks to Limerick Bowl in Limerick, PA.

Value
B+
The Roto Grip Idol Pearl is moderately priced but really looks like an excellent addition to the Roto Grip family.

Overall
THS: A
Sport: B
First the obvious, the Idol Pearl wraps a pearl coverstock around the Ikon™ Core that was introduced in the Idol. The Idol was something pretty unique to Storm being a strong control symmetric. Very balanced front to back. We’re used to the Storm family generating quick reaction to dry boards. So here we are back to much quicker response to friction with the Idol Pearl. So as you would expect, you get easier length with somewhat recognizable roll but then strong punch and angle generation. For me, I got extremely comfortable going to 15 to 7. Despite being a pearl, it’s very predictable. The ball never surprised me and drove really nicely. Honestly, the shape was gorgeous. Is that too much? I usually want to immediately remove the OOB finish but here, it worked so well. You could play it more direct or get in and wheel it. It seemed versatile and easy to use. There is something a bit Marvel Pearl-esque about it. It’s a strong pearl which offers some midlane control but then turns and drives through the pins. The Idol on the other hand is so smooth front to back, like I said. It blends more. In and it floats longer and carries. Out to the friction and it starts way earlier due to the cover strength and drives. When I try to wheel it from around the 4th arrow like I did with the Pearl, you see how much slower it is downlane. Very different pieces.

Bryan was next with the Idol Pearl. He found it pretty easy to get to the pocket as well. He will have less side to side motion than me with more tilt. He will generally play closer to the friction zone or track area. Here, there is always a risk. Depending on the piece of equipment, it could be too strong to play in the friction but not strong enough to make a move in the oil. The Idol Pearl was just about a pocket magnet for Bryan. It could bounce off the friction to get to the pocket nicely. It also had length but drive from inside. As it does roll a bit earlier than some other pearls, it can leave corners from earlier friction. The inside misses were more forgiving in terms of carry but he had room both sides. The Idol on the other hand is so smooth and rolly. It kind of feels labored coming up the hill for him. Very readable but not as punchy.

Sport Shot
We tested on the 40ft PBA Don Johnson pattern. Here I take out the Idol first to get a read. It’s smoothness gives you an idea of how the pattern will shape. I have to admit the Idol looked really good but flat patterns break down quickly. Starting on the same 15-7 line, the Idol Pearl promptly goes through the face hard. Backend motion difference is crystal clear. A 2 and 1 move right and we’re in business. The ball drives hard. It wasn’t hard to find the shot at all but that hard move means you will want to use this to open up the pattern as it breaks down. Alternatively, apply a little surface and I’m sure it will smooth out while still offering more downlane motion than the OG.
Bryan has a go with the Idol Pearl. He can play a similar line to the house shot but obviously has to be more accurate on a tighter pattern. 12 to 10 is the money line. If you watch that closely, you can actually see the core transitioning even while the polished cover gives it length and then it arcs hard through the pocket. He can’t cheat and bounce the dry boards to the outside like he can on the house shot. The Idol struck from the same 12 to 10 line but again the distinct smoothness is very clear. Bryan found the Idol Pearl to be the ball that covered the most boards for him on the sport pattern during our test which also included the 2 Winner balls.

Final Thoughts
I have to say the ball motion of the Roto Grip Idol Pearl was really pretty to my eyes. At first I was in a little deeper as I threw the Winner and that’s much more of a skid flip piece while the Idol Pearl doesn’t want to generate as much backend. Once I moved left just a hair, man did this ball shape nicely. Ball after ball going off the back of the deck splitting the 8-9. At first glance, while it may appear a touch sharper downlane from the Marvel Pearl, I feel like this ball will potentially encroach on the pedestal it’s been sat on for a while. This is the kind of ball I can see people putting surface on and using it more often than the original Idol. That’s exactly what I did with my Marvel Pearl. Time and more exposure will tell but great early impression makes the Idol Pearl feel like a keeper.