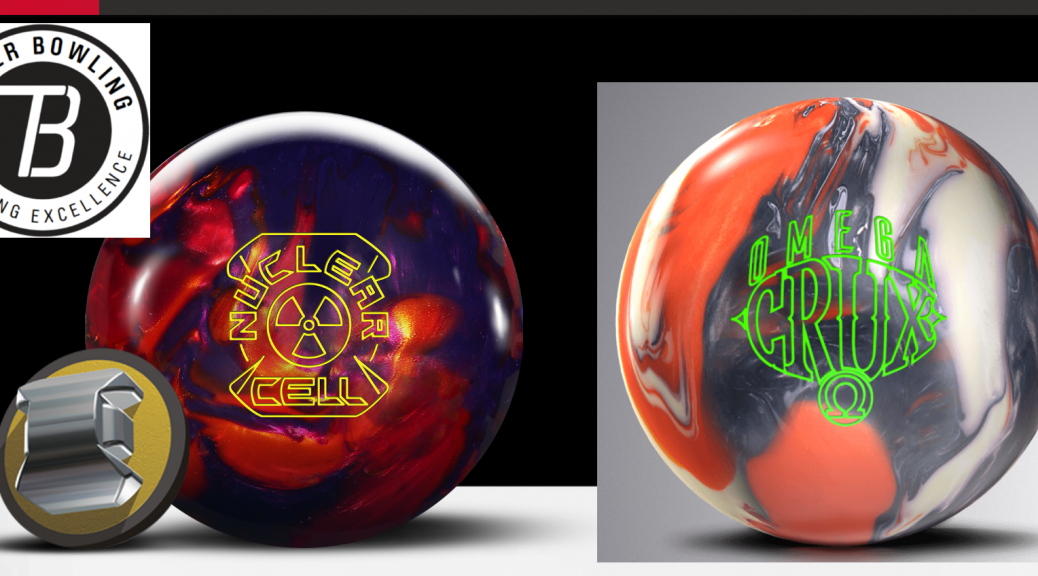 Today I want to spend a little time comparing these 3 pearl asyms. They are very different and very similar at the same time. The Roto Grip Nuclear Cell comes out of the box shiny. It’s clean through the mids and waits until the end of the pattern to really pop. With the shiny surface it needs to see friction to turn over, Even though the core may be transitioning in the midlane given it’s strength, it still needs to see friction to turn over due to the shiny surface. That means it will see friction and then a couple of feet later start rolling. So it will look more skid flip. On the other side is the Storm Omega Crux. To the untrained eye, it could almost look flippy. With the amount of surface, it provides traction which sums with the core transition and gets into a full roll. Because it will start rolling earlier, it is more visibly obvious when it turns over. A quick look at the Snap Lock shows that it’s much closer to the Nuclear Cell but even a bit snappier. Here, the difference between these 2 is 100% due to the core. And while the difference is noticeable to the keen eye, does it look all that different at the macro level? I would say no.

The most obvious ball reaction difference is probably 80% due to the cover difference. That huge difference in surface means the Omega Crux starts rolling several feet sooner. So the Omega will go from board 7 furthest left to the pocket over say 20 feet whereas the Nucear Cell will do it over 17 feet or so. Depth perception is different for each person but if you percieve it accurately, the Omega should appear smoother while the Nuclear will look like it has more pop because the amount of time to get from board 7 to 17 is shorter. The Omega will handle significantly more volume than the Nuclear out of box. These will significantly separate when you increase the volume.

Thankfully we have the 2019 PBA Don Johnson pattern with 30.7ml of oil to demonstrate this. With the Nuclear Cell, while it may look pretty good in these shots and I threw them particularly well, I had to be in a very specific spot through the fronts and end of the pattern. 13 to 9 was the line. If I hit 8 I left a flat corner as the ball didn’t have the traction to drive through the pocket. I had miss room to 10 downlane to splatter the pins.

The Omega Crux was very different. That extra traction meant the normally out of bounds area outside of 8 was actually playable. It’s starting before the end of the pattern so relies less on the end of the pattern friction than the Nuclear Cell which requires it fully. With the Crux, 14 to 8 is very high flush. And I need to actually move in a bit further just past the 3rd arrow to give me more forgiveness at the breakpoint. Once I get there, the ball gives me from 7-10 at the breakpoint. Nuclear Cell had maybe 2 boards room at the breakpoint.

Ultimately regardless of the surface you have, the Omega will always be more rolly and forward than the Nuclear Cell. I would think having both and leaving them separated by surface is a great option.