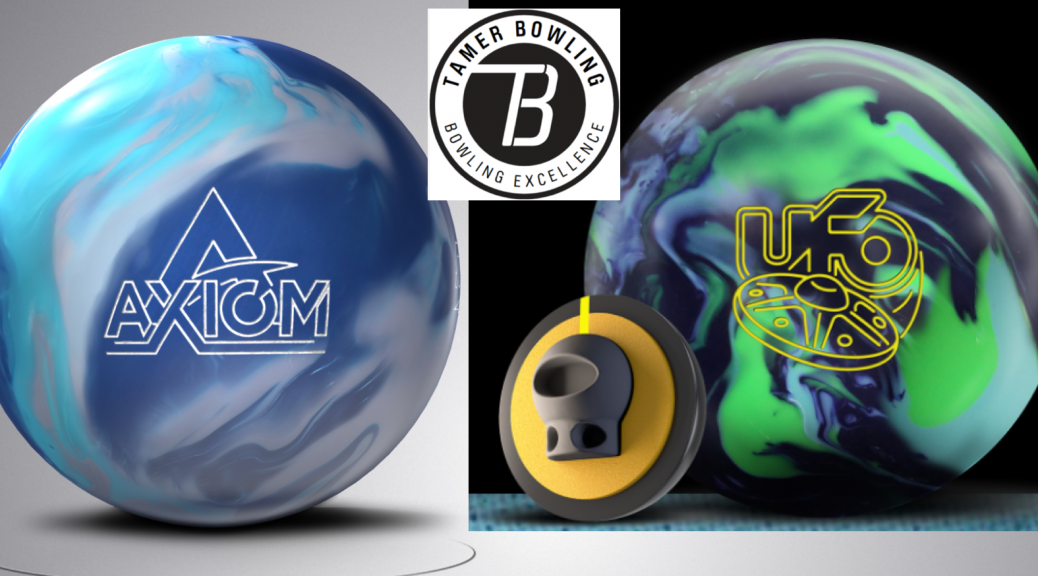 I wanted to take a little time to discuss the comparison between the Storm Axiom and the Roto Grip UFO. On paper, the similarities are strong nano based solid covers. The differences are the core shapes, core specs, sym vs asym. So is it a fair comparison? I will go out on a limb and say yes. In my full review of the Axiom, I called it a baby UFO. When I look at the ball motions closely, I still feel that way. Big picture, they are about 3 boards apart so the UFO is still clearly stronger as it should be. It’s the top of the heap solid asym for Roto Grip. The Axiom is the strongest symmetric in the Storm lineup. But of all the balls in both lineups, these two really feel like relatives. If you are faced with high volumes but need the extra traction, early core motion, and sharper cut of an asymmetric core, the UFO is the one out of the bag. If you find that is maybe too much ball downlane but you still need a lot of ball, I believe the Axiom is the perfect option. It’s a few boards weaker but pretty close to the same shape. They both offer the significant traction with similar lengths. They both still respond pretty quickly to friction. That’s probably the feature that makes them relatable. Neither ball dies when hitting the outside dry. Both are responsive and drive hard off the friction despite being surfaced solids. You can see that exemplified here. Both balls also don’t mind open angles as they generate good backend. You can see that in pretty much all the shots. I think the Axiom is a little easier to use from more direct as the UFO feels a touch harder downlane when very direct. Misses in give both balls the smoother softer shape to hold pocket unless you are overly direct.

So that’s what we think of these 2 pieces. Both are really good strong pieces that many bowlers are going to enjoy. Now if you need extra punch, you have the huge UFO and if you are the type of bowler who doesn’t typically need a big asym like high rev bowlers, the Axiom will be a strong go to symmetric.

Thanks for watching. Don’t forget to subscribe and accept notifications so you never miss any of our videos.