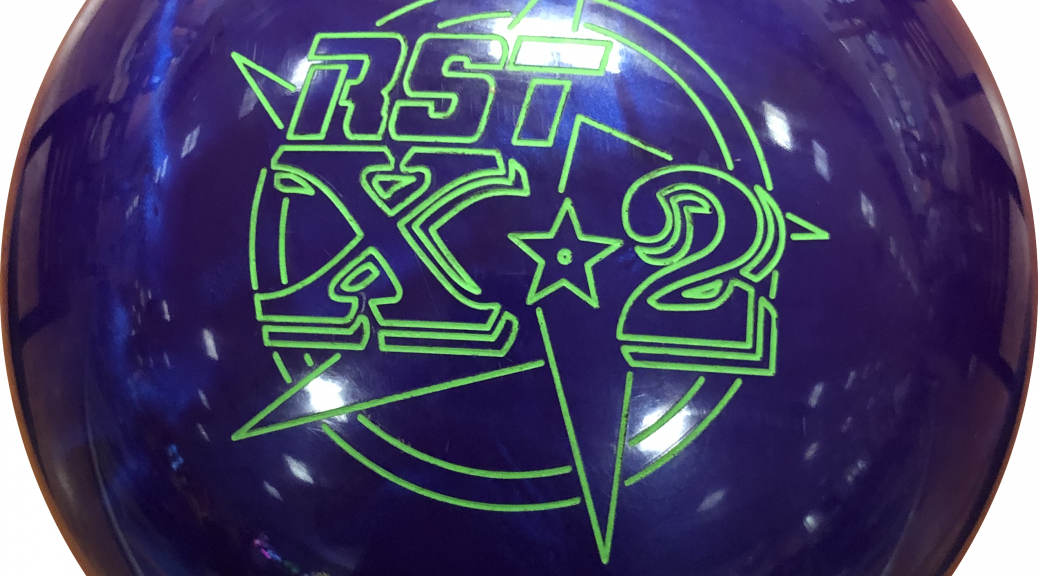 First Impressions
Roto Grip has another decent shiny asym. Usually this formula works well and the RST X-2 seems to do so.

Overall
My first instinct when I see another shiny asym from Storm is, 1. we expect it to be good and 2. is it going to be any different. In my making video where I introduced the RST X-2, I talked about it compared to the UFO Alert and Rubicon UC2. Let’s just talk about what we actually saw and then circle back. Oh first, I mentioned eTrax Pearl but to be more precise, this is eTrax Plus which is supposed to provide a bit more traction. Anyway, no big surprises really. This is clearly a mid defined ball in the arsenal. I start fairly direct, it’s fine. Not worth starting so tight in the friction for me as there is a touch over under but move into the track and the ball really comes into its own. I think the noticeable thing for me is this is long and strong in a sense but really isn’t quite the quintessential skid/flip we see from Storm. Perhaps because the cover has a bit more underlying traction, it hooks but not the huge snappy move downlane. For those looking for a bit more control and predictability, that is probably a good thing. For those looking for the sharper move, it probably makes sense to go with say a Rubicon UC2. This is a bit longer and later than the UFO Alert but it’s definitely a pretty small delta. One surprise was that it really had a limit not much past the 3rd arrow for me before it kind of just quit on me. Just didn’t have enough giddy up or early enough read to make it up the hill. To be fair though, it really did have a very nice look in a relatively wide spot. You don’t have to be inch perfect.

One of my initial thoughts was to knock off the shine so I decided to do that to see how that looks, especially since I was just getting too much length past the 3rd arrow. As I suspected, that tiny bit of an earlier read blended the edge of the pattern a little better. In the same zone, around the track, the ball still struck every time, but you can see a slightly earlier motion which makes it look a bit bigger down lane. With that said, it still didn’t make it more usable from deeper in. I have to slow it down but it was a little sensitive to the speed variations and I wasn’t feeling on enough to try to make it work just to show a few shots. Just a few shots with the UFO Alert and truth be told, the difference is so slight that for me, it’s one or the other. One didn’t offer more than the other.

Here is a look at me testing it 2-handed. As you would also expect, combine Storm’s typical responsive pearls with a rev dominant style and you get pretty dynamic down lane motion. I had to be pretty deep to get this to work for me. I started around the 4th arrow but I can tell right away that’s gonna be a nope. So I moved in several more boards and eventually got lined up right around the 5th arrow. Again, if you’re used to playing very deep, well here you go. For all the angle that I wasn’t able to generate one-handed, there’s plenty here. I usually prefer not so sharp pieces for my 2-handed game but the RST X-2 acquitted itself just fine, giving me some different looks while I was fairly inconsistent and still carrying.

Here we have Bryan testing the ball. If you’ve watched my Making and first review video, you know my thoughts on this ball for my style game. So the question was, how does it behave for Bryan. First impressions is it’s the same concept. Bryan is a higher tilt stroker and he doesn’t typically have pearl asyms in his bag. In a lot of cases, the pearl is clean but asym nature just seems to stop in a way where he simply doesn’t get the carry like we would with say the more continuous look he gets from symmetric shiny stuff. So let’s jump in to specifics. From the outside, he saw what I saw, a meh ball reaction. A bit over/under. In fact it was in such a way that he initially moved more direct but that wasn’t the answer. Once he moved a touch left, the RST X-2 came alive. He threw 5 or 6 in a row. So we knew that in the track, it worked, just like it did for me. The big thing I would say with the RST X-2 is it didn’t give any help. If he was there, it struck. If he missed out, it didn’t really pop. Yes it came back but not as strong as you would expect. Actually to be fair, it did hold when he missed in. But in general, we felt like it didn’t add. If you were on, you’re good to go. If you’re not, it just didn’t help. It just seems to have a pretty neutral characteristic. My take is this could wind up being good for power players who may sometimes over hit the ball as the ball might smooth that out.

Final Thoughts
At the end of the day, there are lots of fans of the RST X-1 and I think that will continue with the X-2. It fits in the mid defined category so I guess you just need to decide your preference. I’m not seeing having the UFO Alert and the RST X-2 in the same bag but I can see the Rubicon UC2 side by side with one of those 2 as a compliment. It’s clean and angular enough. With some friction or lower speed, the thing will hook a ton. I will have a comparison video to give you a little more in depth info on that soon.