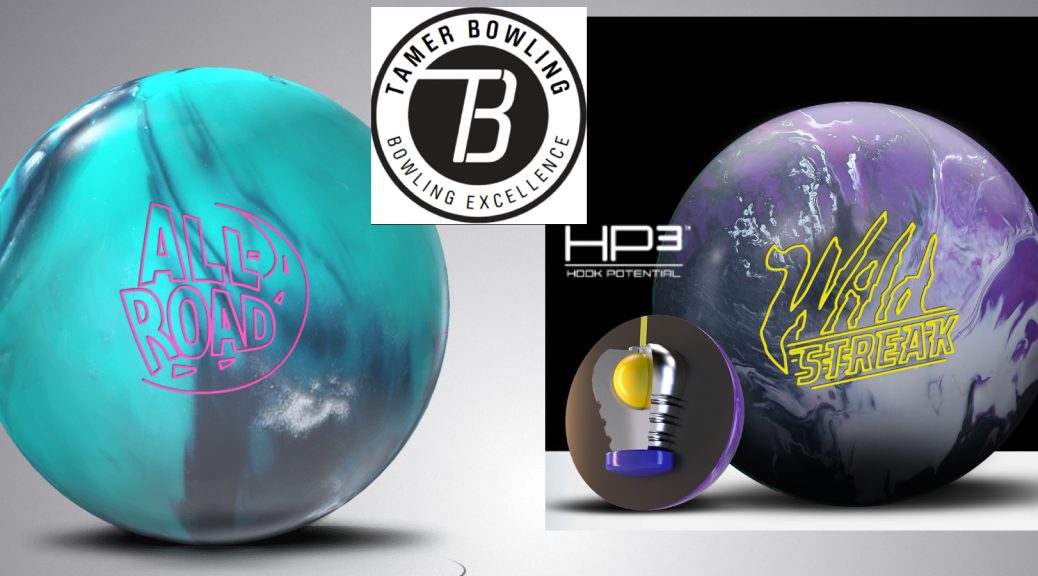 Today I’d like to take a look at the Wild Streak vs the Allroad.

We have two balls that are close to the benchmark area from Storm/Roto so how do they compare. Firstly I have to give a shout out to Luke Rosdahl. We are frequently asked the same questions. He gave his take on this comparison so go check it out if you haven’t already. I wanted to take some time to give you my take.

The important things for me. Wild Streak is finished at 3000 while the Allroad is at 4000. Honestly they look about the same after 3 games so similar cover finish. Core shapes are different and to my eye this is some of where the difference shows up. The Roto ball is a little more cylindrical whereas the Allroad is very round. They both have that powerball or whatever you want to call it inside.

We talked about the Wild Streak being what you put into it. It basically responds to what you do. You want to alter axis rotation, it will respond accordingly. Give it less speed, it will oblige. For those that have nuanced adjustments, it willingly responds. The Roto even while having a fair bit of surface seems like it would be playable on house for many bowler. But I think the release sensitivity will make it tricky for some. This was a clear differentiator for me. Release sensitive can sound negative but the trade off to that is a ball you can easily manipulate and in that regard potentially use longer than you would a ball that is just done.

The Allroad is in the same realm but a pretty different ball in my eyes. This is the typical Hyroad shape. It’s rounded and boomy. If you can envision the delta in the core shapes, that’s the nuanced difference in the ball reaction shapes on lane. When any of the Road balls go, they go round, boomy and continuous. Really with those, you just find the coverstock type and finish to find the right length for the condition. So if the Allroad is hooking at the right time, the Hyroad pearl is probably going an extra 5 feet and being behind the headpin if you get there. On the flipside, if the Hyroad Pearl is right, then the Allroad is hooking at your feet. The Hyroad to me felt like it had a bit of a limit how much you opened your angles. It’s roundedness and aggressive cover seemed for me to mean supreme pocket control and wide margins but missing wide is calling for a light hit or washout. Getting in too much at least with my hand meant DOA. The Wild Streak felt like it could store plenty of energy for a more angular move.

It’s a little tricky because truthfully, the Allroad is a stronger ball all around. That cover has significant traction. You kind of had to throw the Allroad bad to lose reaction. The Wild Streak felt like a medium/weak ball even while having a cover with some grit. Whether it was for me or Sean, there was a window where the ball wanted to be more or less. And within that window you can manipulate it. The Allroad seemed to have a bit more room and versatility when it came to lane play. So bottom line, release manipulation versatility goes to the Wild Streak. Lane play manipulation versatility goes to the Allroad.

Hope you enjoyed this comparison. If you want to see more, let me know and thanks for watching.