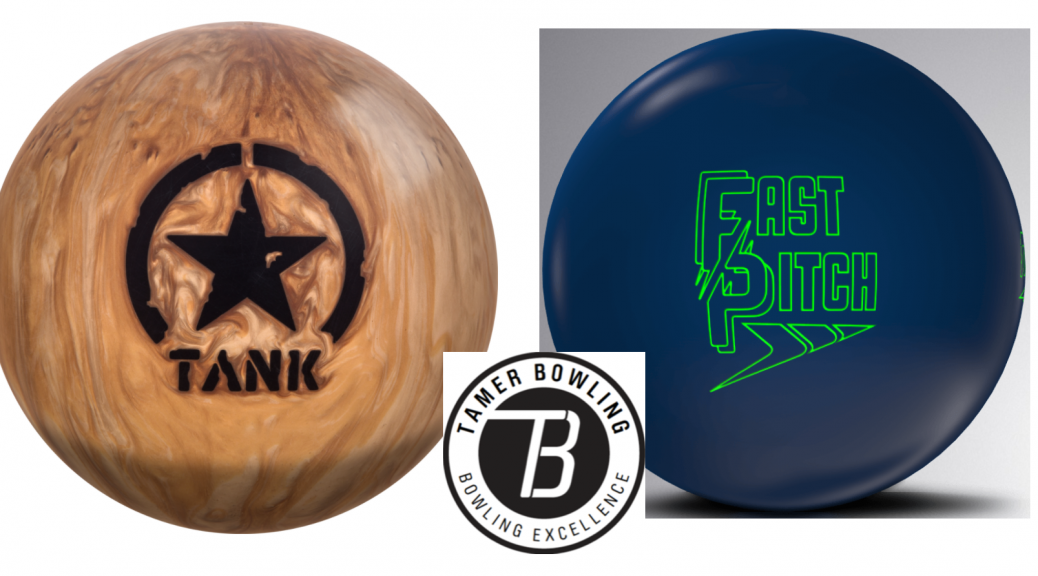 The comparison of the Storm Fast Pitch and Motiv Desert Tank should be quite interesting to many folks interested in slotting something in the “specialty” part of the bag, like ball 6 in my arsenal building. These balls fall in the Urethane or urethane like craze. I tested the Storm Fast Pitch first and there’s no mistaking it is urethane. Has that traditional smooth shape. For higher rev bowlers, it certainly did more but for me, it was roll and then roll, just what you expect from urethane. What I can say is that it seemed to match up quite well once I figured out what to do with it. It’s just a little cleaner than the hook at your feet type of reaction and you want to push it into the dry to get it to stop.

The Motiv Desert Tank was next and on the same line, guess what, it looked quite the same. Play pretty direct, push it to the friction and it walks back with that heavy roll. You still want to get it to see some friction. Out of box, the Desert Tank looks very dusty, even compared to the Fast Pitch. But we put a few games on it before testing. One thing I noticed other reviewers do is throw it straight out of the box. Urethane always goes bananas initially. That’s not a fair way to review urethane as you literally get only a few shots with that type of reaction. It settles quickly enough but something to note.

Now back to the Fast Pitch, as expected I really wasn’t able to move a whole lot. You can easily lose that “slot” or look to the pocket with very minor angle or board adjustments. I think it was maybe a couple of boards max and that was it. It had it’s place and that’s where it should stay.

However, with the Desert Tank, it was a completely different story. I moved in and the Desert Tank rolled back. OK. I moved in a bit more, and it still came back. Now it’s not like you can just keep going. It’s still not going to react like reactive resin. And I guess before I continue, yes I know technically this is a microcell polymer and not urethane but honestly it doesn’t matter. It behaves similarly enough to be compared. The big plus here is that you don’t have to find a slim 1 or 2 board slot for typical urethane look. You can actually get close and know you might have the correct ball reaction in your hand.

I remember when I used to throw urethane later in league on lighter conditions where there was nothing else. And I also remember those times where I stand on a board, get over reaction, move a board, get over reaction, and now I’m trying to figure out angles, all the while wasting frames. This is where the Desert Tank earns it’s spot. Because it has a bit more angularity downlane, you can kind of shim a little like you do with reactive. You still have to have a pretty good idea where to be, but not be pinpoint precise with that initial guess like you would with say a Fast Pitch, Tank Rampage or any other full urethane piece.

At the end of the day, if I was choosing one in my 6 slot, it’s not a tough call. In one sense, the Desert Tank was pretty much a no-brainer more versatile piece for my game. If I want the most out of y 6 slot, the Motiv Piece is the one. The Fast Pitch is likely to be there if I really wanted just a more direct ball that can just as easily double as a spare ball without worrying about angularity. But I can flatten my wrist pretty well so the Motiv Desert Tank takes the nod.

Thanks for watching and see you next time.