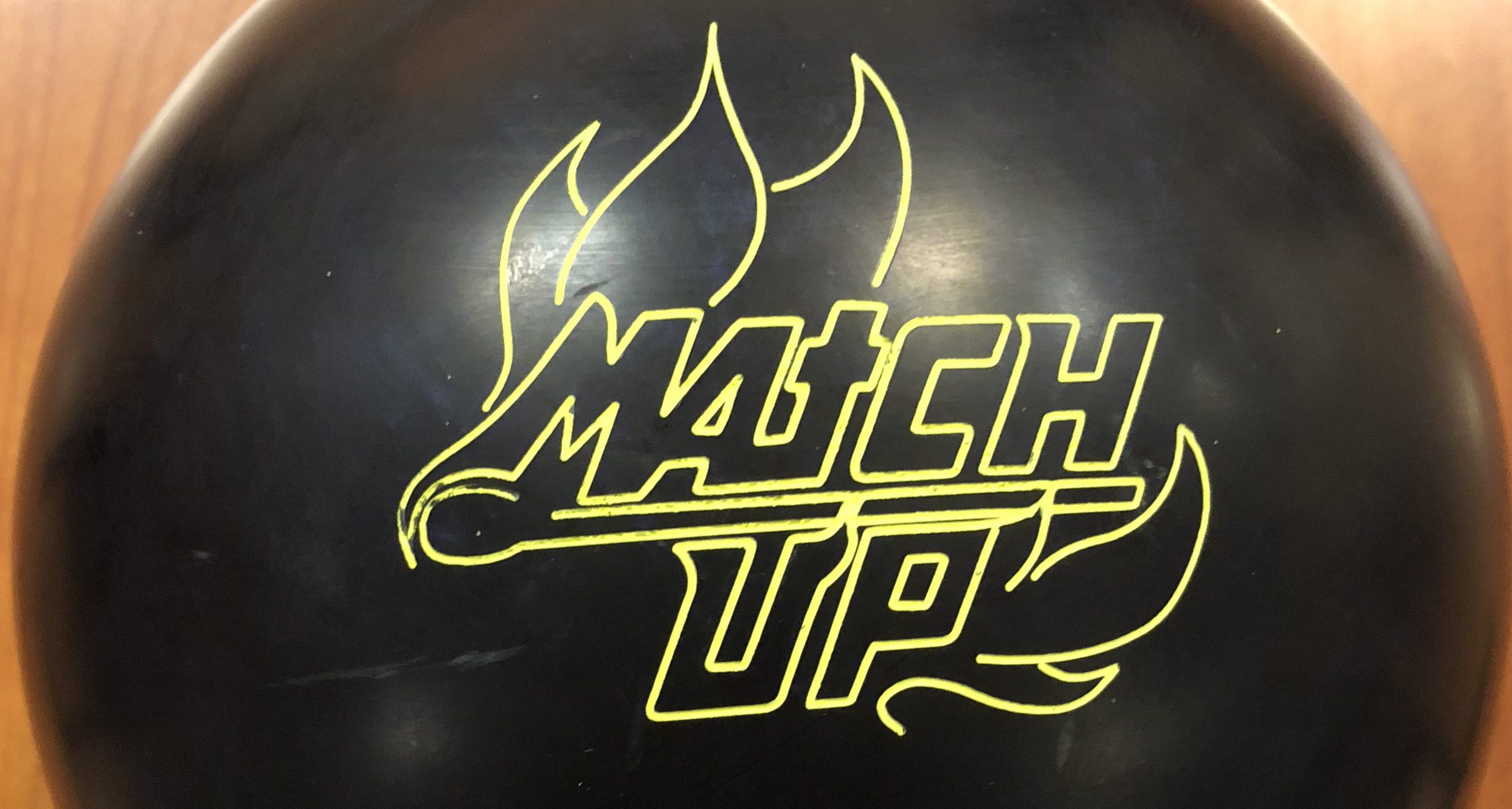 This Match Up is On Fire… First Impressions
The Storm Match Up Black Pearl is so dark and dull, it looks like a solid. I’m fine with that. Threw the first ball and I was like, “Holy backend Batman!” Uh…OK. Wasn’t expecting that.

Buy the Storm Match Up Black Pearl at PerfactAimBowling.com.

Value
A-
The Match Up Black Pearl is entry level priced while offering much higher performance than that price indicates. There are nuances there but suffice it to say it’s very good performance for the money.

Overall
THS: B+
Sport: B+
The Storm Match Up Black Pearl immediately surprised us. It’s a dull ball. I set up for what I thought would be enough on the house shot for a ball with grit and this thing hooked past the head pin… OK, was that an anomaly? No. The Black Pearl has ridiculous flip on the backend for a ball with 2000 grit finish. Really strange. I’d personally be looking to tame that backend down with that much grit but man does this thing bite. We tested all the Match Ups previously and while they have good backend, none looked like this to my eyes.

With the surface finish, you need to find some oil in the fronts and mids. You also need to give it room for that big boom at the backend or you will pay the price. I found the line and I had to get quite deep straight away. I’m not usually thinking, let me go straight to the 4th arrow with a lower end ball on fresh. What I found ultimately was a ball that needs oil to make room for the boom but it doesn’t quite have the hit through the pins like the high end heavy cores. I wouldn’t say carry was iffy but I feel like while the motion was reliable, it just doesn’t go through the pins as hard as say a Code X. I will say Storm has always found a way to manufacture big reaction off the dry and the Black Pearl will surpass your thoughts of what a dull ball should do off the end of the pattern. For me the Match Up Hybrid is one whole arrow weaker and probably more what I would expect from a lower end ball…time to update our expectations again.

For Sean and his higher rev rate, the Black Pearl was simply a beast. He saw the same as me in terms of huge backend move and having to get quite deep. But one thing he didn’t see was some softer hits like I saw occasionally. His rev rate compensates for the weaker core whereas I can benefit from a denser core. This was a huge grip it and rip it ball and he was very happy throwing this piece in our test session. Not once did he worry about underhooking. If anything, there was that feeling of sometimes, is that thing gonna stay on line? Watch the runaway brooklyn strike going from almost 5th arrow but only getting to 10 at the breakpoint… When Sean compared to the Hybrid, he does get a stronger but slightly smoother reaction with the Black Pearl which makes sense in comparison.

Next up is Bryan. He tried playing where he was with the Intense Fire and the Match Up Black Pearl promptly went through the face. The ball turned at 30 feet with that much surface. Bryan tried some different lines to find what will work. The ball plays like a strong ball so he could move in where he would play with his big asyms. However, he saw more like me, the Black Pearl does not hit like the big asyms with the same drive. He had to move in but also pull the breakpoint in so the ball doesn’t have to burn off so much energy making it back to the pins. Ultimately, I think Bryan had a good look that could compliment his big asym pieces. So a step down that keeps the shape overall but with a symmetric. When comparing to the Hybrid, the hybrid has a bit more length and comes in a little later from the same line, leaving a 10 pin predictably.

Sport Shot
On this 38ft NCAA sport pattern, the Match Up Black Pearl was almost the perfect ball for me. The surface controlled the front to back reaction. With the ball’s strong backend and the clean backends of a sport pattern, this ball hit stronger for me on the sport shot than the house shot. It gave me really easy control on this pattern with a very reliable move and hit. While this generally weaker ball looked labored for Bryan, he was also able to take some advantage of the balls control via surface while being able to carry the weaker hits.

Final Thoughts
I want to say “Wow” upon seeing the Match Up Black Pearl’s motion. The other part of me wants to say why give me so much in the lower end, making me get in and then finding the weak link which is the weaker core. Again, this is definitely going to be someone’s cup of tea and not so much for others. Sean had an absolutely perfect look with the Match Up Black Pearl. The ball has backend for days while still having surface. That’s a rare combination. For me, I did like the Black Pearl. The shot I would personally look for is the fall back shot, where I need to be pretty deep but also don’t want to give away the pocket. Think 20 at the arrows to 12 at the breakpoint. That will take advantage of the strong backend without asking the ball to come back from no-man’s land. In that regard, it’s almost a step down to the Roto Grip Idol. For bowlers closer to Bryan’s rev rate, it’s a bit hard to see this coming into play too often other than a step down to the surfaced big asyms where you still need surface but you want to ball down and go straighter. All in all, I think this ball offers a lot of performance for the money. If you are a beginner to intermediate bowler, this will be a good step up ball. For the experienced bowler, the review gives you a better idea of where it fits in your arsenal.