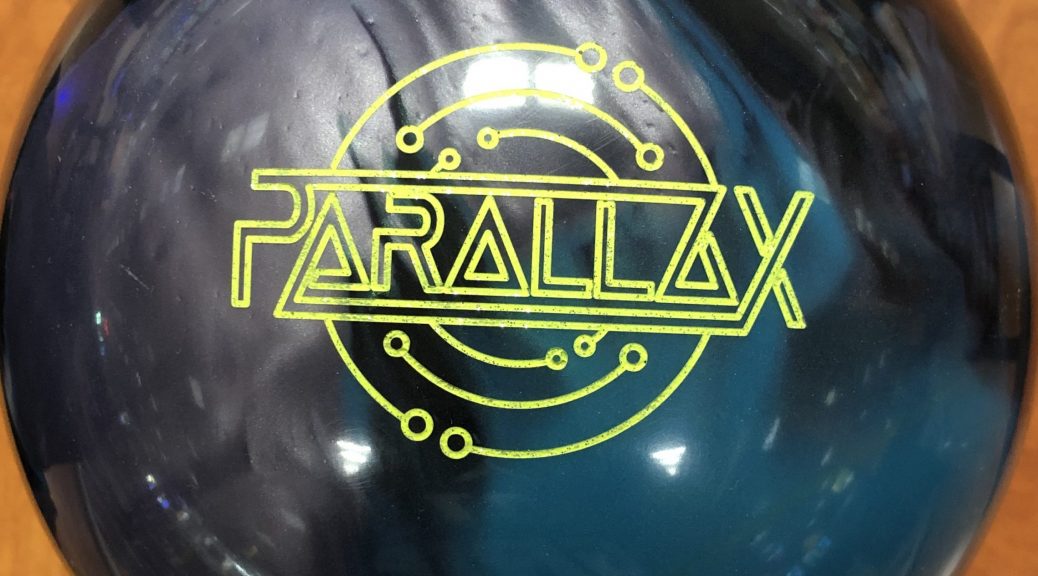 Overall
What do we have with the Parallax? The quick hit on it was it feels quite similar to the Roto Grip Nuclear Cell. Sure there are nuances but being a shiny asym, it had very similar characteristics. I liked the Nuclear Cell Reaction and slotted in the Mid Defined Category. That’s also where the Storm Parallax fits. It’s a strong hybrid cover and it’s certainly possible if you put as much surface as the Omega Crux, it would overlap into the Strong Defined category. It just shows you that it doesn’t really matter solid, hybrid, pearl. Watch the ball reaction and adjust the surface to find a spot for the ball. Out of the box, it is a little finicky for me with the good ole’ 1500 polished finish. You can see the shape, same as the Nuclear Cell. But what buys me a little more consistency is scuffing a touch with an old 2000 abralon pad so I can’t see my reflection like a mirror. So about 10 shots before and 10 shots after. You can see what a difference it made in terms of breakpoint consistency after the scuff. Has a clean shape and gets downlane easily but now the core transition matches better the bite of the cover so it’s not so far past the breakpoint. That 1-2 feet earlier read made a huge difference in consistency. The ball is angular as you expect from Storm but also readable. It’s maybe a touch less angular than the Nuclear Cell but there is a fair bit of overlap for my game with these two balls. Ultimately it was a reliable shape that my eye liked.

Bryan is back testing the Parallax. I would say he also saw similar reaction. He had a nice little slot near the second arrow going up the boards. It gets downlane very easily, maybe a little too easily for consistency on fresh. It has an angular tip downlane relatively speaking. What winds up happening is a fair bit of overlap in ball reactions for Bryan’s style. Again, there are nuances but if everything “shiny” Storm plays almost identically, he needs to create variation with surface or just pick his favorite reaction. For example, is the Parallax and Trend different, yes. Are they different enough for Bryan to have both in the arsenal? Maybe. It becomes less clear. Sport shots will spread the balls farther apart but just something to ponder as you think about building your arsenal. Ultimately, Bryan had a decent reaction but didn’t feel like he had lots of room. He had to be in a fairly specific slot to get the shape and reaction he wants. You can see some area checks and it’s fairly sensitive. It’s partially the pattern and partially the ball and it’s finish. Small variations of 10 to 8.5 vs 10 to 9 made a difference in downlane reaction. Test out around 7 to 5 and it doesn’t make it to the headpin. It might make sense to be a little more aggressive with surface changes but sometimes that changes downlane shape too much. Would have to play around with it a bit.

Final Thoughts
For me, the Parallax as is basically fits in the mid defined category. Clean with strong downlane shape, if not absolutely sharp. I think that touch of smoothness will make it pretty versatile. It has nice shelf appeal. I think this is where I like stronger shiny asym reactions to be as compared to say an AstroPhysix. That ball had a weaker cover which made it cleaner and more angular and at the same time less usable for me in my arsenal. Or at least pushed down potentially into the mid late category. If you go in understanding this is a prototypical Storm shiny asym, you can’t go wrong.