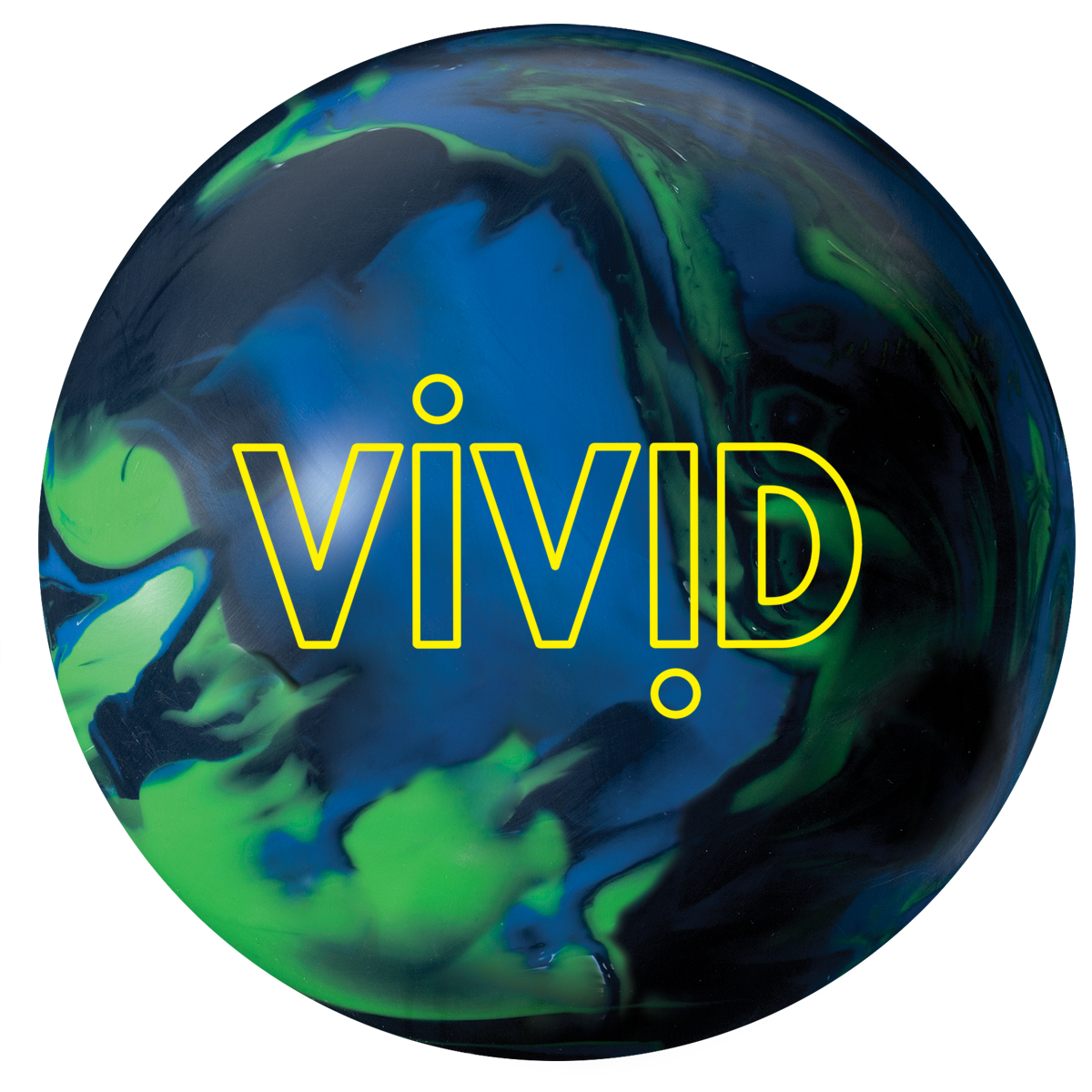 Our latest test is the new Storm Vivid bowling ball. As usual, keep in mind that the coverstock will account for 70% of ball reaction while the core characteristics and drilling will dictate the shape of the reaction. The test piece was drilled 75×5.5×40. Generally speaking, this will delay the roll and have a quick transition at the breakpoint with good flare. We tested on a modified Kegel Easy Street, which is basically a 39ft house medium-medium/light pattern.
Please work with your local pro shop operator to find what best works for you.

First Impressions
After throwing the first shot, I’m really going to like this ball. Definitely a strong ball with that heavy roll I love to see at the pins.

Price 8/10
This is a high end ball with a corresponding price point. Nothing more to say here.

Core
The M.A.D. core is brand new for Storm, although it looks to combine characteristics of previous cores. Some mentioned it looks like the CCS09 assymetrical core from the Azo Area, which Storm owns. Look it up for yourself but I have to admit it looks almost identical. Nevertheless, it offers a new look for Storm equipment. It has an RG of 2.52, differential of .050, and intermediate differential of .017 for a 15 pound ball. This continues the trend that I’ve seen recently with some high end equipment pushing up the RGs to get a little more length, especially given that the covers are still very aggressive in the high end stuff.

Cover 8.5/10
The cover is the NRG solid reactive, which we’ve come to know from the Virtual Gravity Nano. You will want to keep up with the maintenance to keep it strong over time. I personally can’t say I’ve experienced ball death with this cover as I don’t see enough heavier conditions to use the Nano frequently. I personally like to keep the covers close to the intended finish from the factory for the high end stuff. However, you can of course make changes as you wish and there’s no reason why you couldn’t do so with this cover.

Reaction 9.0/10
OK, high score. Why do I like it so much? Well, firstly, I enjoy seeing high end balls being usable on medium conditions as well as heavy conditions.
This Storm Vivid seems to have decent length, given it’s 2000 abralon out of box finish. I was actually a little surprised to see the length and then realizing it’s 2000. The midlane is very readable and controllable. The backend is a continuous motion to the back of the pit. On the heavier conditions, this ball will really shine. It reads well and is very heavy rolling into the pocket. You can see the midlane arc very easily and it tells you what’s happening. On the conditions we tested it on, it is lighter than I would like to use this ball on. However, it was pretty easy to strike at will. You may notice that at times, it drives very hard through the pocket and other times, it seems to hit on the light side. This is a symptom of the lighter condition and the fact that this ball at times will burn up a bit soon. However, even when the ball hits light, it seems to put a lot of energy at the pins. It was very evident when testing next to the Storm Fringe and Manic, for example. A lot more energy is imparted at the pocket on off hits from the Vivid as compared to the other two balls.

What you need to be careful off with the Storm Vivid is without enough head oil, you will be fighting this ball. It will tell you very quickly when the oil isn’t in the heads as the ball will hook early. If you try to push it through too much, you may get a typically flat result as a very aggressive cover simply uses up too much energy to leave anything for the backend.

Nevertheless, even on this condition where throwing stuff like the Hot Line is hard to keep off the head pin, the “stronger” Vivid smoothed out the reaction so much. If there is a little oil in the heads, I’m using it until the oil has finally gone. It’s that good.

We also compared it to the Nano since that seems to be the million dollar question. Keep in mind that the Nano out of box is 4000 abralon. You can see in the video that the Nano is just about the same strength and board coverage overall, but a slightly different shape. The Vivid starts its roll a bit earlier and smoother. It was just a touch more readable because it bites a bit earlier and you can see the arc during the period where it is transitioning from skid to hook to roll. The Nano on the other hand was a bit longer and had the hard arc a bit later, which makes it also very continuous through the pins. Interestingly, when we lay them over each other, you basically get the same readout on Digitrax as Storm places on their website.

The Digitrax analysis below shows you the strength of this ball in the midlane and backend, despite being very aggressive.  The Storm Vivid could routinely generate over 6 degrees of entry angle for me.  You can see even more than 7 degrees if you use more direct trajectories through the front if you have more volume.  You can also see slightly less entry angle if you get into the oil and swing it.  Every bowling style will create different amounts of traction and entry angle, but we were able to see more backend and overall motion than several other tests done on the market.  What the Digitrax analysis doesn’t make obvious, that the video and review indicate is the amount of control this ball adds in the midlane. Overall 9/10
The Storm Vivid is a nice piece in Storm’s Premier Line. This is a slightly different offering than the Nano which I believe adds a more controllable ball reaction. I believe that strokers will find benefit of a ball that does the work for them and rolls very heavy into the pocket, with an easily readable reaction. Tweeners like myself will also find a controllable, yet strong ball that we can use for medium or heavier conditions. Balls like this make heavy conditions seem like medium conditions. Crankers will likely need to see a lot more oil to get use out of this ball, but will still get good control while still generating large entry angles. If you have a Nano already, it may be a tough sell, but I like this ball enough to keep both.

We added a Righty Stroker review.
Larry Salvati is our latest tester. His Vivid is drilled 60x5x80. This drilling should help give it a smooth transition at the breakpoint. Overall, he saw very similar reaction. As a stroker, he has less overall lateral board coverage, but the reaction shape was very similar. He tested on Kegel Main Street which is basically a 41 foot tapered house shot as well as on the 39 foot 2012 USBC Championship Open pattern.
Digitrax Analysis On the THS analysis above, you see less overall board coverage and movement compared to the tweener as expected.  However, it still offered the control on the backend and the same heavy roll, while creating less entry angle.

Below is the tracking on the USBC pattern.  Larry was able to find two good options to the pocket.  From the outside, he created a ridiculous amount of entry angle.  From the inside, you can see a substantially lower entry angle.  You would assume that low of an angle wouldn’t be conducive to carry, yet you wouldn’t tell it by watching the video.  He carried very well from that line as well.  The ball offered good control on a tough pattern with a 2:1 oil ratio.