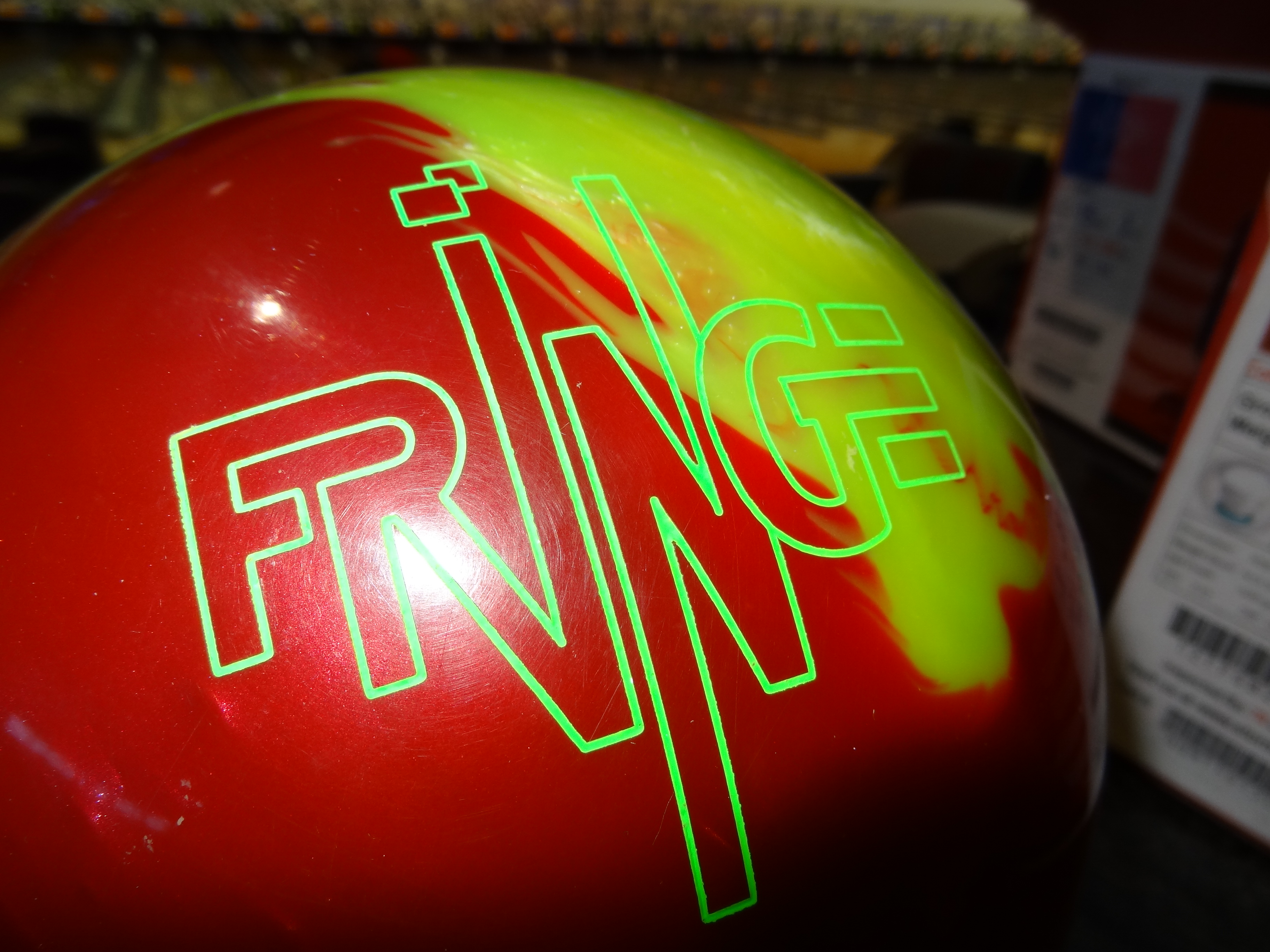 We had the opportunity to test the new Storm Fringe bowling ball before it hit the market. As usual, keep in mind that the coverstock will account for 70% of ball reaction while the core characteristics and drilling will dictate the shape of the reaction. The test piece was drilled 75×5.5×40. Generally speaking, this will delay the roll and have a quick transition at the breakpoint with medium flare with a later breakpoint. We tested on a modified Kegel Easy Street, which is basically a 39ft house medium-medium/light pattern.
Please work with your local pro shop operator to find what best works for you.

First Impressions
Pretty strong backend, how am I going to control this thing…

Price 9/10
This ball offers a lot for the money as does the linemates.

Cover 8.0/10
Here we go again. Everything that can be said about this cover has been said over and over. After all, he R2S cover has been used so many times before. The Fringe uses the pearlized version. This is a cover that is very clean through the fronts and has fairly quick response to dry boards. As always, the R2S cover is very versatile and you can make any adjustments you wish. I do believe the R2S pearl is less versatile than the solid and hybrid versions, but a good cover nonetheless.

Reaction 7.5/10
Having seen this core in the pearlized 2Fast before, I was expecting a relatively soft, readable reaction for a pearlized ball. This core tends to be pretty smooth. However, I forgot how quickly this cover reacts to dry boards. The core is not really designed to be the most flippy core, yet I saw a pretty flippy reaction this time around. The drilling may have exacerbated the quick response off the dry. It read the dry so quickly, I had trouble keeping it on the pocket side of the head pin. If you get too deep, you get too much skid. This is where a different drilling such as a pin down, would work wonders to smooth out the ball reaction. We’ve seen this core with various drillings and it really does make a difference. If the backends are hot, you might want to use smoother drillings or add some grit to the cover.
The 1500 polished out of box really allows the ball to get down lane and snap. Very clearly, the Manic, with it’s solid R2S cover, offers a smoother overall ball reaction. It reads a bit earlier and smooths out the lane a bit. The Frantic is going to be somewhere in between, offering similar length to the Fringe, but a slightly smoother backend than the Fringe.

Due to a technical flaw, Digitrax CATS analysis was unable to pick up the Fringe. For some reason it doesn’t pick up balls with lots of yellow and orange. We had the same issue with the Frantic, DV8 Hellraiser, and Recon RX1. Nevertheless, this ball is clearly capable of offering very high entry angles, easily over 6.5 degrees when comparing to the Manic. The cover allows added length and fairly quick response to dry boards.

Overall 9/10
Those who liked the 2Fast, 2Furious, and Frantic, will no doubt like the new Fringe and Manic. The Hot Line still makes a solid offering at the lower price point. Now you have a solid, hybrid, and pearl option in the same line and good bang for the buck.