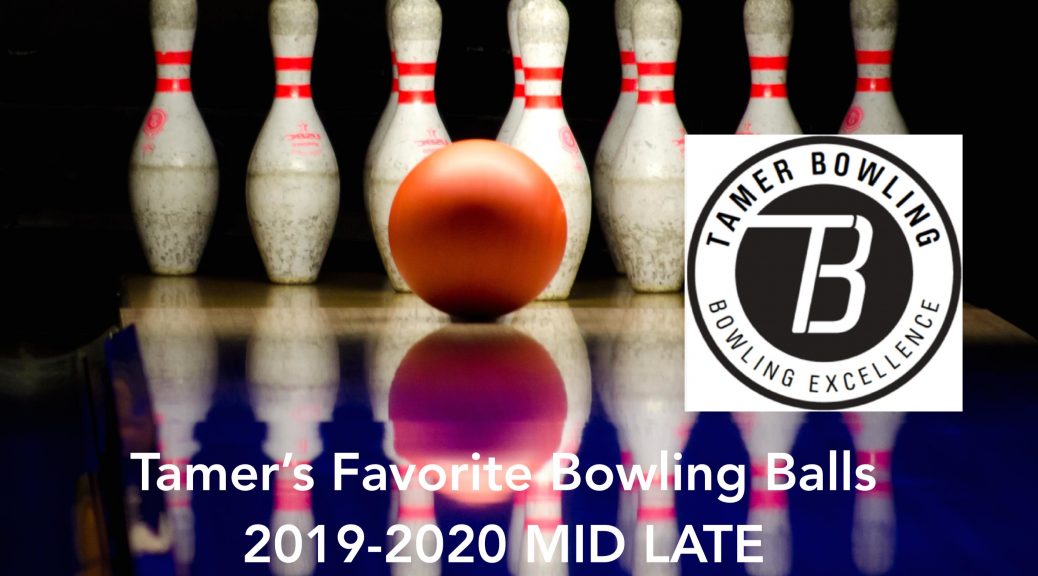 Welcome back to the last episode in the series. Hopefully you’ve checked out the other videos. They will be the crux of your arsenal. However, there is another potential slot. I agonized about this one a bit. Could this be just weak balls like Hustles? Should it be urethane balls? What about the unique balls like the IQ Tour and Web Tour?

With that said, I’m going to cover this category differently than the others. I have no specific #1 but these are balls that I think you should consider as the specialty or wild card ball. For some, these balls could slot in another existing category. For some, a ball in this category will be a must in someone’s arsenal. These are balls that deserve mention but haven’t fit in my bag in the other categories.

The next bunch of balls are a little more traditional step downs from the Mid Late and would fit in the “Weak” category. These are balls like the Columbia 300 Beast, Track Tundra, Ebonite Turbo R, and Brunswick Rhino, Roto Grip Hustle AU and HSB, Motiv Thrill. The get downlane quite easily. They generally all have a lower differential for a controllable move that’s clearly a stepdown. They can generate angle on the drier conditions. Sometimes, there are conditions where you just need much more stored energy. These really need friction to do anything. I really don’t have a preference for any one of these as I rarely need this shape. So pick your favorite.

WILD CARD: There is a specialty category that could also be a wild card in some bags and that includes balls like the IQ Tour, Web Tour, and Hustle Ink. These are solid covered balls with lower diff cores. We saw the Emerald IQ in my top Mid Late balls. You could argue that the IQ Tour could be in the Mid Control category and you wouldn’t be wrong. Personally, I don’t have the Emerald IQ in my arsenal because it is a touch weaker than I like for the Mid Late category and thus I don’t have the IQ Tour in the Mid Control slot in the bag. However, this type of ball motion is definitely worthy as a “wild card” or your Mid Control ball. The IQ Tour, The Hammer Web Tour and the Roto Grip Hustle Ink all have a similar motion. There are nuances but fundamentally, if you match their surfaces, they all have a smooth control motion without tons of side to side motion. They are capable of side to side, but they do have a clear limit. I know many people who don’t leave without having one of these in the bag. Again, here, pick your favorite. All 3 are very good balls.

PSEUDO-URETHANE: The next grouping of wild card balls include the Covert Tank, Pitch Purple, and Tank Blitz. These are all psuedo-urethane type balls. None are pure urethane balls nor do they have pure urethane reaction. Covert is probably the closest of these where it has the earlier roll of urethane but also capable of much more backend than traditional urethane. You can also drill it high flaring to inflict less damage on the pattern. Tank Blitz is by far the strongest of the 3. It is even stronger up front than the Covert but also a little closer to traditional urethane backends. The Pitch Purple feels like a mild reactive and is definitely closest to actually fitting in the “weak” category. I consider them all wild cards, but they could have some overlap with other balls. They are likely to be much more situational, even while some might use them frequently. If I were to pick one for my specialty slot, the Covert Tank would be my favorite reaction. It’s different and offers something I can relate to the other stuff in the bag. There are some characteristics that are similar with the next category.

URETHANE: And that next category is standard urethane. The thought these days is to never leave home without it. I will tell everyone that when the pros say that, remember…they are pros. They face much more difficult conditions than most of us do. Everything they bowl on is pretty much flat. Urethane for them is when patterns are playing extremely difficult and reactive requires more open angles. Urethane allows them to play direct and because of the soft downlane reaction, it gives them forgiveness. For the typical house conditions, you generally don’t need urethane. I’m not going to spend a whole video telling you what to do since you will do what you want anyway. Anyway, the common urethane balls include the Purple Hammer, Storm Pitch Black, Hammer Black Urethane. There are others like the Hot Cell, and Black Widow Urethane which use huge cores to allow those to flare and theoretically have less destruction of the pattern. If you expect me to tell you which one is best, unfortunately I’m not going to do that. There has been enough success with all them albeit the Purple Hammer is probably the most visible. I have liked the Hot Cell a lot because it is traditional urethane and I still get a little better hit with the bigger core.

Bottom line is if you are a sport shot tournament bowler, you probably want to have urethane over the other balls as the wild card. That’s also why I chose the Covert Tank from the group before because it is closest to that reaction. And generally what most pros who carry urethane have done is learn to shoot spares with it. This way, they don’t need to take a plastic ball with them. In other words, every slot in the bag is a potentially useful strike ball.

There you have it. I know this video was done differently than the others but that is because fundamentally, I don’t have a favorite in this category. As a medium everything lefty, weak balls and urethane don’t usually come into play. Over the years, I have slotted the Storm Natural at one point there and the Roto Grip Hot Cell. I will admit the Hot Cell came in extremely useful on Kegel Broadway, a 35ft pattern. So odds are I will be reintroducing a traditional urethane in my wild card slot. I do have a fresh Purple Hammer stashed away 😉

I hope you had fun with this series and learned something along the way. I can freely admit that even I learned something. When you think through things logically, and you put pen to paper, sometimes you get additional light bulb moments. That’s why I enjoy doing this. Here’s to wishing you many light bulb moments. In these uncertain times, be safe and healthy. And for Godsake, wash your hands!

A little levity on the way out, but take care and see you soon in future videos. Thanks for watching!