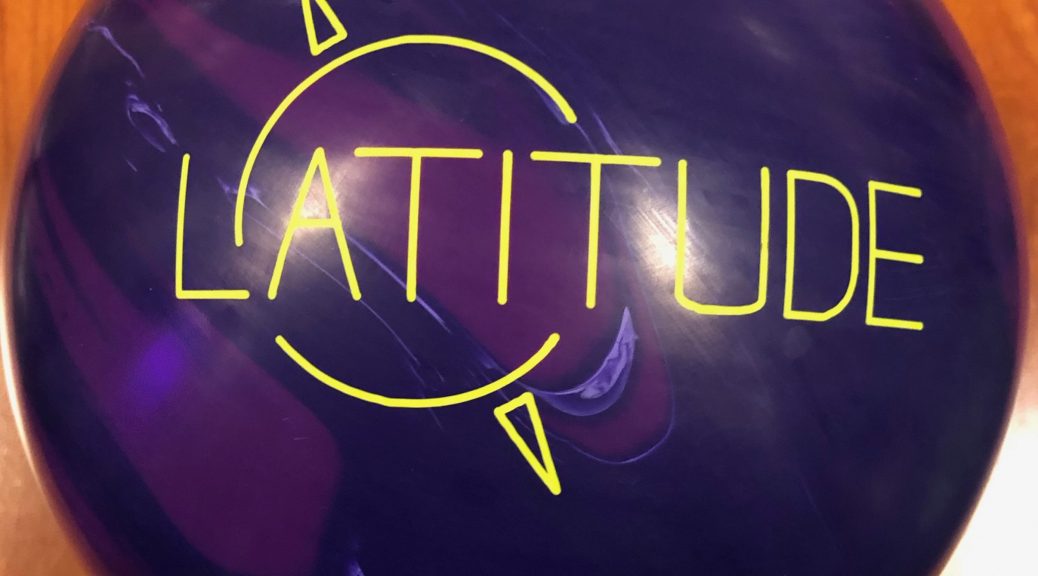 First Impressions
Was hoping this would be the new Triton Elite replacement. I’m not sure it quite hit the mark.

Overall
The Latitude is one of the first Brunswick manufactured balls for the Track brand. I think it’s a logical approach to release a ball with the MC2 core from the Triton Elite. That ball has been very successful and a great benchmark ball from Track. Looks like it’s the same core mold so step 1 ins a check. For the cover, it’s got a new cover called QR8 Solid. The Triton Elite used the QR-7 solid. Here’s where I ultimately believe the difference lies. The Latitude has a familiar smooth shape to the Elite. However, it feels like this cover is a bit stronger and somehow overshadows the core a bit. What that seemed to mean is that it did require more oil. So if James got to the friction early, the Latitude was gone. Find the right spot and he’s good. However, the spot was a little smaller than anticipated. He had some over under. So as he moves in to push past the over/under, it kind of moves to under territory. It kind of felt like the core couldn’t keep up with the cover’s demands for more oil if that makes sense. So the ball seemed to be happy just inside the 3rd arrow. If he got to the friction early, it was sideways and gone. If he moves deeper, you can see the ball start to lose axis and while he can carry, the ball deflected somewhat.

Sport Shot
James tested on the 2019 TEAM USBC Open Championships pattern which is a pretty flat 38ft shot. Ultimately, the Latitude is reasonably playable on this pattern. The stronger cover meant decent control without being overkill. It can look angular if it sees friction at the end of the pattern. The core didn’t really give extra help if I can say it that way.

Final Thoughts
Ultimately the Track Latitude is clearly intended for the benchmark space. While we were very high on the Triton Elite, the Latitude feels different enough to have varying commentary. It feels like the Latitude might be a little more condition specific with the cover being stronger. You may want to experiment with coverstock finish to find the right balance for the condition you face and there is where you may find this ball truly simulating the Triton Elite motion.