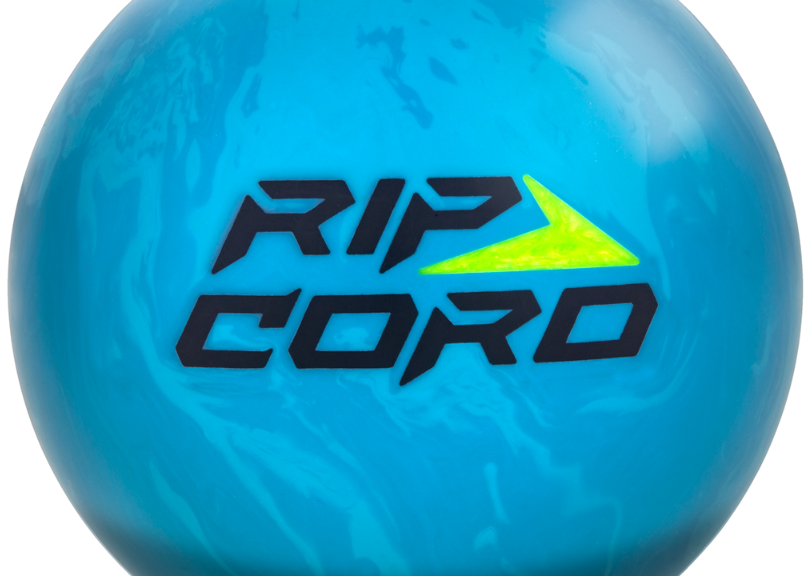 Overall
When I first started testing and evaluating, I had to think hard on what I’m seeing. In the end, it’s really crystal clear. It’s clear what it is and what it does. First what it is. It’s a Venom Shock through the first 1/2 of the lane and a Chronic Paranoia the back half. That feeds into what it does. It has a solid smooth strong cover which means it feels like it digs in. It’s a typical control cover from Motiv that any fan will be familiar with. Similar in that regard to the Venom Shock, Rogue Assassin, Jackal Ghost, etc. The transition or backend is smooth but clear. If you go to the friction early, it will stand up quickly. You can read how much oil there is or lack there of with how the ball transitions. Sounds obvious but this ball does it in a particularly readable way. The backend will be whatever is left if you know what I mean. So if it stands up from the friction, it will look sharp rolling heavy end over end. If you use a bit more oil, it will look decidely smooth. Yes this is a control piece for sure. So what does that make this ball for me? Basically, in the slot, the ball looks great. Played more directly, it is smooth but defined enough to drive through the pins well. In that space it gives you some forgiveness. Once I have to open the angles a touch and I mean ever so slight, it hates me. It just starts to hit soft. This is where the weaker core and early cover read is exposed along with my rev rate.

Sean had a very good look with the Ripcord Flight. He actually winds up playing a similar line as me. Part of that is attributable to the house shot design where you have to play to the friction. Some house shots are more walled up than others. This pattern played more typically walled and the take away is that the ball goes through the pins very well for him and he can move into just past the 3rd arrow, slow it down and still get good ball reaction. However, the ball cliffs as hard as the pattern does. So when it sees the higher volume in the middle, it has no chance. The difference is that the higher rev rate gave him more room so he didn’t cliff as hard as I did.

Bryan ultimately had a similar look to me. The Ripcord Flight is consistent from bowler to bowler and what you see is what you get. Bryan has as very good look from 7, 8, or 9 that you can see. Just like me, use the friction and it booms harder. Edge in and it’s as smooth as you like. When he gets to 10, the cliff is again very visible. The point is that the ball works well within it’s zone. And while I would love to say that this is all house pattern cliff causing this, it most definitely is not as the sport shot will show. Here’s a quick comparison to the Rogue Assassin. 7 to 4 strikes nicely with the Flight while the Assassin goes sideways almost brooklyn. He’s got to be going 10 to 6 to strike which is a 4 board adjustment with his feet.

Sport Shot
We tested on the 2019 TEAM USBC Open Championship pattern. Being 38ft and pretty flat, the pattern definitely has hook but of course the pocket is tricky to control. On my side, I had 3 games on the pattern so it is relatively fresh but I can tell that the ball would be a bit better 2 games ago. The aggressive surface helps give the midlane control that is usually tricky with flat patterns and also controls the backend in a way that allows you to be a little more in with your targets than your typical Pattern Length-31 formula. Anyway the ball gave me 7-8-9 at the breakpoint but because there’s already a line burned in through the mids, I had to be a little deeper than this ball wants to be for consistent ball reaction. I will say it did surprise me a bit as it was able to generate a bit more angle than I thought but not much more.

For Bryan what I mentioned about PL-31 is even more obvious. He had to play to 10. Missing in was tough but actually a bit more forgiving than misses out. The big issue here is that if he hit 11, he was high. When he hit 9, there was no chance to strike. That is a very fine line. This lane did have some play on it so I think he would be more direct or further right if it was totally fresh. Once he is at 11 through the fronts, he has to be pin point accurate to strike. It’s a great control piece but would be a little more niche for Bryan given it is a bit weaker ball overall. With the Rogue Assassin you can see a big difference in ball motion. Now he can go 11 to 8 and it peels and knocks all ten back.

Final Thoughts
Play the Ripcord Flight more direct and you are rewarded with a benchmark type look with good forgiveness and carry. If you have to start opening up your angles, put it away unless you have EJ Tackett hand. The more hand you have, the more you will be able to open it up. This ball in my mind is in the specialty benchmark area, with balls like the IQ Tour Web Tour, and Venom Shock. They have a place. I think this ball scores pretty well with a B+ on sport and B+ on house.