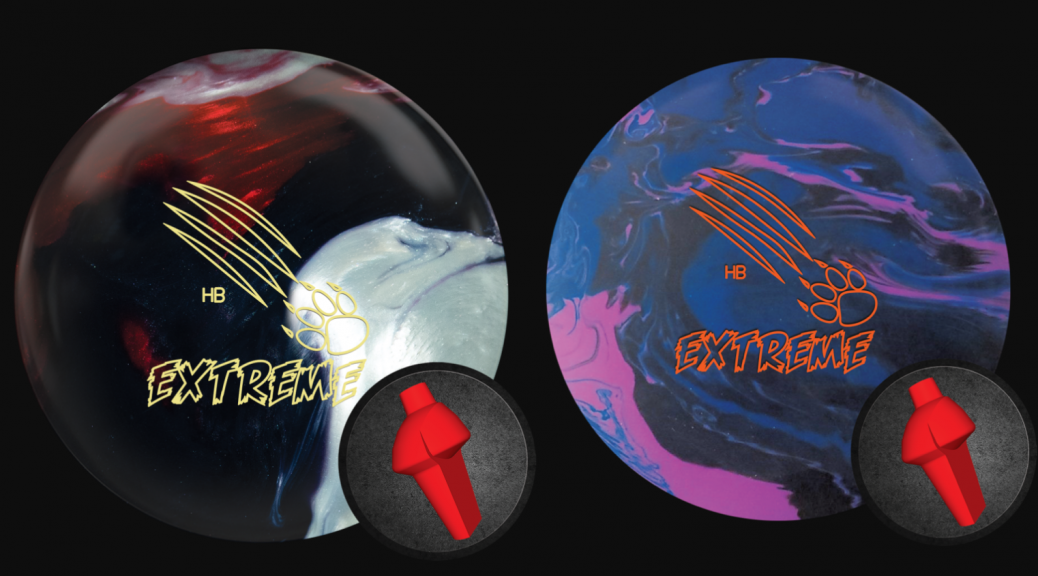 Comparing the Extreme Solid and Pearl is fairly straightforward with a couple of nuances in general. As mentioned previously, these balls are not designed for going sideways. They are on the smoother side. Sure some styles will see straighter and some will see more angular. But what I saw is a smooth reaction. With the Solid, it was pretty even throughout the lane meaning it felt like there was a smooth medium transition from skid to hook to roll. The cover does have some traction so I can’t be very straight. So on the tighter pattern, I had to parallel things in or risk letting it out the window. With the Pearl, it really was the same smooth motion. So I had to consider parallel moves but didn’t really need to move much on this higher volume house shot pattern. It is a little cleaner. I could keep the angles more closed even as a pearl because it wasn’t jumpy off the end of the pattern. I’m not typically one for swirly colors but this gave me a clear indication of the ball’s transition. I did test the pearl on a much drier house shot and while not in the video, it was still relatively smooth but when pushed into the dry, it definitely popped. But still had that underlying control but definitely could go sideways relatively speaking when encountering much more friction.

For Bryan the delta was similar but on a smaller scale. The truth is he can strike from the same line with either ball. If you map their capabilities window so to speak, the Pearl is maybe 1-2 boards weaker. This is the case where you could see the same type of motion but if you felt like you needed a touch more traction to get drive, the Solid would be the go to. If you felt like you had enough traction and jut wanted the pop more late as opposed to mid, you go with the Pearl. Really simple and understandable relationship.

Ultimately, I like this pair. It will be interesting to continue seeing these pieces in different conditions to get a sense of how truly versatile they are. But both clearly are better suited to medium or less conditions for most bowlers.