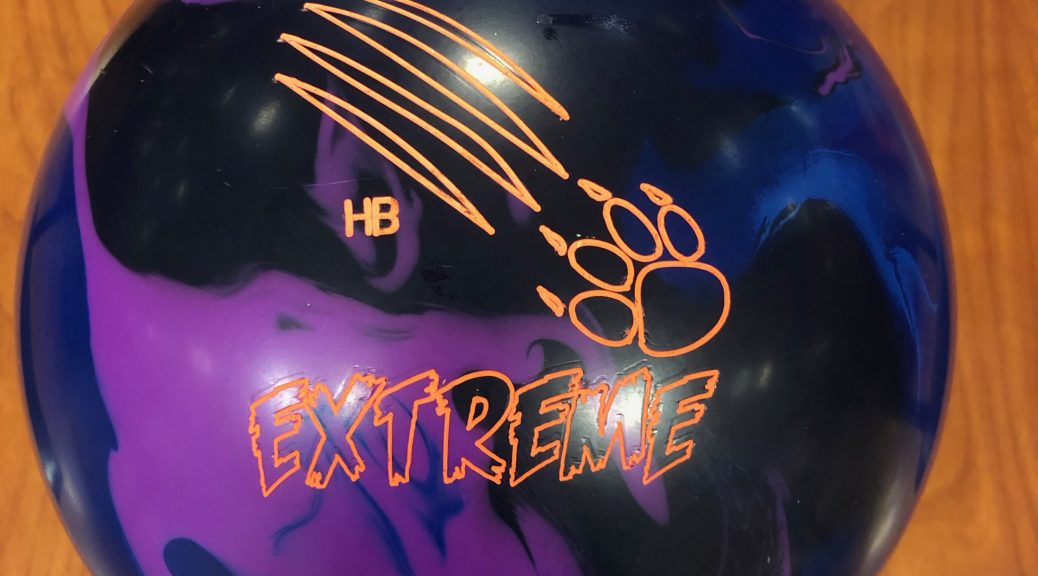 Overall
The 900 Global Badger series has been around for a while. It has been much loved… well at least by those who’ve been able to throw the 15 and 16lb versions. I have to admit I was kind of jealous. I mean I wanted to get the experience with these balls but the 14lb specs had been significantly different due to the fact that 900 Global had been using 2-piece balls. I was excited to find out they’ve given us a solution by going to 3-piece to ensure the core specs are similar in 14.

Firstly, this ball is very smooth and balanced. Meaning it reads earlier and has a smooth backend motion. The fairly aggressive cover with a 2000 finish ensures it reads the mids as you get to the buffed area to slow it down. But it also doesn’t go sideways. It controllably arcs to the pocket. This is the absolute most obvious characteristic. It was a little tricky for me at first. I had tested the Extreme Pearl to start and that was very easy to throw. Then of course I expected to need to move deeper with the stronger cover. As I migrated inward though, I realized that I had to watch my angles and make parallel moves. If I was direct and a bit too closed, the cover strength drove it high. When I moved in if my angles became more open, it didn’t storm back. It’s just too smooth. It’s like a baby Volatility. Strong and smooth but on a smaller scale. With that reaction, it’s a little too smooth for the shot for me. We don’t get lots of free backend. I had a little less space to play the lane. Parallel moves were a must. My thoughts were this could be a great option on tough medium sport shots where you typically get backends but have to control the breakpoint. This smoothness could do the trick while still providing control.

Sean was next. Just watching the video shows how much pocket control the Extreme Solid offered. For someone with Sean’s rev rate, he can get on it without the fear of it going completely sideways. If he missed in it held and he had a much better chance than I bringing it back from misses out. The funny thing was his first thought was, “too much cover”. It’s really all about his personal game in that regard. He really likes using balls like the HyRoad and AstroPhysix because they have natural backend. Because he can control is axis rotation, he likes a ball that he can work down the reaction, rather than have to work up. It’s a personal preference. But regardless, you can’t argue with the results. He seemed to strike fairly easily with it.

Now Bryan is up and he saw what he described as an arcing motion. Not surprising as that’s what we are all seeing. Even though it’s a moderately strong cover with a decent amount of surface, this doesn’t feel on the strong side for Bryan. He would be further right with HB Extreme Solid vs say the Equilibrium. He was pretty square up the boards around the second arrow but felt very comfortable. Since Bryan is an accuracy bowler, he likes playing up the boards. It simplifies things. Great shots strike of course but he had about a board miss room out and just a little less in. As he says, when he can play direct and have that type of miss room, it’s a recipe for a lot of strikes and he had plenty. Just packing them. This was like the case of Goldilocks. Just right. Arcing meant he could see a smooth motion. Not so strong that he had to move left to get it to hold. It put him in a zone where he can take advantage of great drive.

Final Thoughts
This was our first opportunity to check out the Honey Badgers fully and the Extreme Solid is an interesting ball. Smooth, arcing, control, predictable. For me, I can see this more of a medium length/volume sport shot. I want a little more pop from a ball that pushes me in a bit. For Sean, it was quite easy to use as well, even though he also prefers balls that aren’t as smooth. For Bryan, this ball was money. Wait, they did have a badger with that name already. Cheesy joke I know but it was totally in his wheel house. That was our look at the 900 Global Honey Badger Extreme Solid.