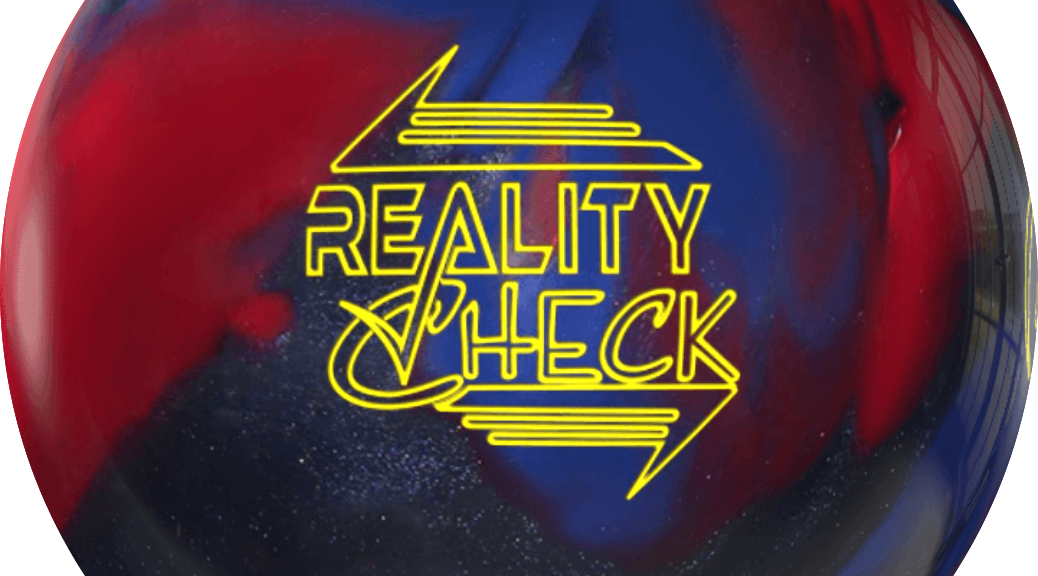 First Impressions
The Reality Check is a big hooking piece that made a great impression but trying to figure out its place in the bag.

Overall
Right off the bat, the Reality Check impresses. In many ways it defies its own paper stats. First off this is a strong ball to be sure. I love that the Disturbance core specs are almost identical from 16 to 14. This is a blocky shape that just works. It doesn’t really hook stop like some big asyms do. It does roll somewhat forward but continues nicely. The core does a lot of work here. Nevertheless, we always talk about coverstock/surface being king when it comes to ball reaction and here is where it is somewhat defying. The 4K fast is Storm’s new factory finish when they used to use the 1500 grit polish. New Zens come with the 4K fast and I can say I actually like it more this way as compared to the factory polish but that probably isn’t a surprise given how often I’ve commented about disliking the shiny shelf appeal finish for it’s over/under characteristics. I kind of expected this ball to be 900 Global’s new shiny asym I can put into the Mid Defined category but this ball doesn’t clear like the way a mid defined ball should. Surprisingly, this ball wants to bite hard and midlaney which indicates it will handle higher volumes that I expected. So while it is certainly angular enough to be in Defined, it is somewhere in between the big strength of a Strong Defined like the OG Reality and the Mid Defined clearing the heads like an Infinite Physix. Honestly, this ball reminds me a lot of the OG Physix in a few ways. It hooks as much. It wasn’t quite enough ball to cover the heaviest oil but wasn’t clean enough to be medium volumes. That also makes it versatile, fitting in the Strong Defined – or Mid Defined +. As you can see this just doesn’t look like a ball that quits. It has strong downlane motion all the time. You really have to throw it bad to get underreaction. And it carries well with open angles. Quick comparison to the Infinite Physix and you can see the cleaner longer but smooth booming hook. Compared to the Zen, you can see that it clears more easily but also has a heavier tumbly look vs the decisive hook from the Reality Check. The the Zen Soul which is similar in hook strength but again has the heavy tumble look, just earlier than the Zen. On house shot, the Zen Soul and Reality Check might be hard to separate.

A Power Player’s Perspective
I introduced Tyler as our latest higher rev tester in a recent video. Tyler doesn’t typically keep asyms in his bag, partly because the Idol series matches up so well for him. He does keep the original Rubicon but that’s a controlled low asymmetry ball. With that said, the Reality Check looked great for him as well. He had a ton of continuation for an asymmetric. The ball didn’t really appear to have that very forward look until he tried to ask too much of it. Otherwise, it just felt like a very heavy rolling climbing piece. He found an easy home between the 3rd and 4th arrow. He didn’t struggle with getting length either. Just a nice little almost benchmark simplicity about its look. Don’t want to ask too little or too much from it. A quick look compared to the Infinite Physix and again, you can see the much easier length and deceptively smooth looking hook that sometimes doesn’t feel like it’s gonna make it back but does.

Stroker’s Stance
Bryan tests the Reality Check as well and instantly he loved the ball reaction. Bryan did not get on with the Physix so I can say 100% this ball does not remind him of that. The Reality Check really gave him a great benchmark type ball motion. He saw a beautiful arc but with punch that still drove through the pins. Bryan had good area. He could play the more direct line 9-10 with a small belly. When he missed in, the ball held and struck. When he missed it to the outside, it didn’t overreact. While it didn’t always strike it kept him safe more often than not. Bryan struck a lot and not much more to say besides what you see here. He did test the swing shot but it didn’t quite work as it seemed to stand up and stop. That shot worked very well with the Idol Cosmos but not so much with the Reality Check. However, the Reality Check seemed like a fantastic benchmark for Bryan.

Final Thoughts
The 900 Global Reality Check looks like a ball that matched up with every tester style. No guarantees but that bodes well for this ball. I saw something that kind of overlaps a few spots like strong defined, mid defined and even strong control. Bryan saw a benchmark ball which puts it in somewhere between strong control and mid control. Tyler wasn’t far off either seeing similar to what I saw. That versatility might be a little confusing for me in terms of a clear slot but a great sign for a ball that can work for a lot of people on likely many different conditions.