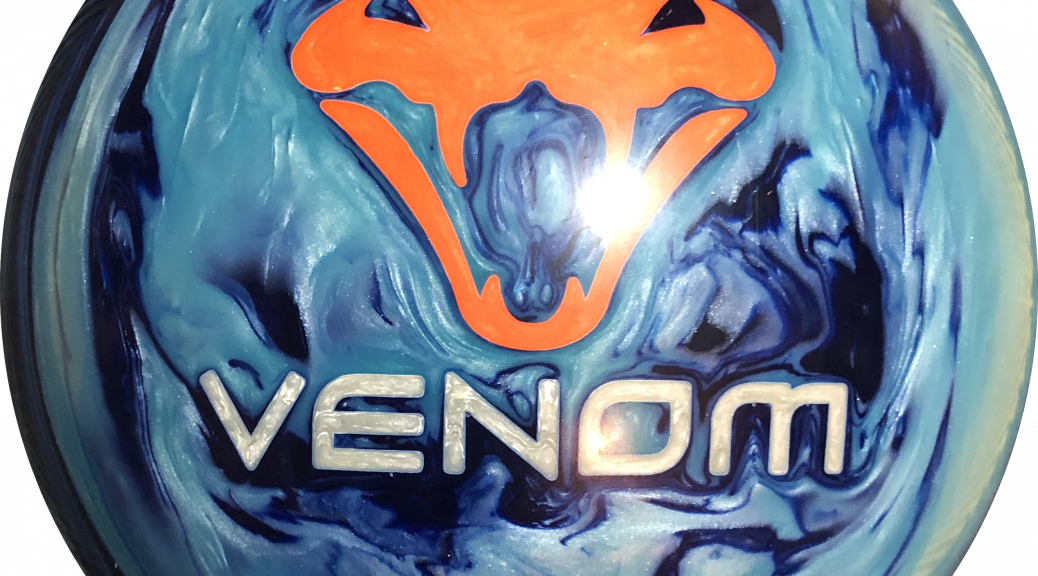 First Impressions
The Blue Coral Venom from Motiv does add something to the line up, despite being close the the Shock.

Overall
Let’s get to brass tacks, I think Motiv is capitalizing on the Venom popularity and success of the Gear core. Nothing wrong with that. We’ve seen the Gear asymmetric core previously in the Venom Recoil. That ball was pretty good as well. At the end of the day, the Venom balls do have a heavier roll but smooth shape in general. So the core tends to feel tumbly and looking to read. It wants to right itself with the low RG. The low diff ensures that the backend is predictable if not super snappy and that’s just fine. Given that Motiv puts it pretty close the the Venom Shock in the lineup and most know that ball, it’s natural to talk about the Blue Coral Venom in context of the Shock. Basically you get a slightly longer reaction. You don’t get more backend specifically. In fact, I would say the Shock will feel earlier and more backend all at once because of the strong read the cover adds to the early rolling core. So yes, I found it a touch cleaner with a fairly similar backend. On the house shot, going direct made the ball look really good. Up the boards crushed the pins. Then I got into a sort of in between zone with flat 7 pins. Once I go past that zone a bit, I’m back in business.

The ball seems really good but I will say I didn’t immediately feel like a house shot hero with this one. Pocket control was excellent though. Basically, outside the 2nd arrow looked great. Just passed the 2nd arrow, the ball strangely felt like too much. Get closer to 3rd arrow and wheel a bit and the ball looked great again. Much more beyond that and I was done. The shape of the pattern doesn’t allow for good motion. Inside is an oil slick so you need to bounce to the friction. So even if I wanted to use the 4th arrow, I’d need to float it to 5 at the breakpoint and that’s a lot of boards to cover. Nothing surprising. The Blue Coral Venom does the business in a relatively unassuming way. And given how good it looked on the sport shot, I think it will be worth adding a specific review on that.

2-Handed Style
I tested it 2-handed as well. Honestly, it wasn’t too difficult to use at all. It is capable of high angle if you use lots of axis rotation which I occasionally overused. I didn’t feel like I struggled with length. You do see a bit more of the heavy roll the Gear APG core creates. You are reminded that it is a rolly core at times, even with the low diff. With the Venom Shock, you can see that it a little earlier and smoother heavy arc.

Final Thoughts
Ultimately, with the Blue Coral Venom, you get a little longer but still controlled reaction with also a slightly asymmetric move when compared to the heavy rounder arc of the Venom Shock. Both balls fit in the Mid Control category. You can see from the picture here where I place them. There is a decent overlap yet clear distinction on lane. But if you had one slot there, you’d have to pick one.

Stroker’s Stance
Bryan tests the Motiv Blue Coral Venom. I’m not a huge fan of long names but whatever, this is about Bryan. Anyway, the Blue Coral Venom was pretty predictable as you would expect. Basically somewhere 9 to 5 was the shot. This is fairly typical on this house shot. Obviously the pattern dictates where to play and this super walled shot means you get float inside and really aggressive hook from outside. Always the challenge for Bryan with these patterns is that weaker cores just shrink the miss room. He likes the heavier rolling big cores with some traction that give him a few more boards miss room in. The hybrid in this cover and the lower diff meant that it wasn’t the kind of room he got with say the Nova or Gem we recently tested but honestly it wasn’t bad for a mid control ball. Anyway, he is able to open the angles a bit but not massively as you would expect. The grit in the cover while having some pearl meant “controlled length”. But you don’t get a strong flip, but rather a medium arc. This is a chuggy heavy rolling ball for Bryan but not the big asym forgiveness. It really does feel like a clear mid control ball. When compared to the Venom Shock, you can see how much earlier and heavier the arc is accordingly. It’s more obvious because of how close the friction Bryan is playing. In that regard, it required a 3 board move left to find the appropriate shot. Overall the Blue Coral Venom is a decent option in the mid control slot but again, a bit of a toss up if you needed to fill only one mid control slot in the bag.

Sport Shot = Dead Man’s Curve
Welcome back. We did our 1-hand, 2-hand, and stroker test on the house shot to show you what the Motiv Blue Coral Venom is about on conditions you normally see. However, the Blue Coral made such an impression on the sport shot, I wanted to share this review. Just like the Venom Shock, the Coral Blue Venom needs some surface to be what it is meant to be. I found that just after it starts to lane shine, it starts to look lazy. Both balls do the same thing. But when they both have fresh surface, they have a good mid lane read, venom a good bit more. However, for this pattern, the Blue Coral Venom was a great match up. Dead Man’s Curve is a 43ft 24ml 3:1 sport pattern. So it’s on the lighter volume side and is pretty playable all things considered. Because of the volume, the hybrid blue coral clears a bit better yet still provides the appropriate read and drive. This is what I was referring to in the initial video. I feel like the Blue Coral has a shot to fit a little more easily in a mid control slot whereas the Venom Shock can actually feel a bit too strong at times. Here, it was a great match up. Great demonstration of a mid control ball effectively matching mid-light volume effectively pattern.